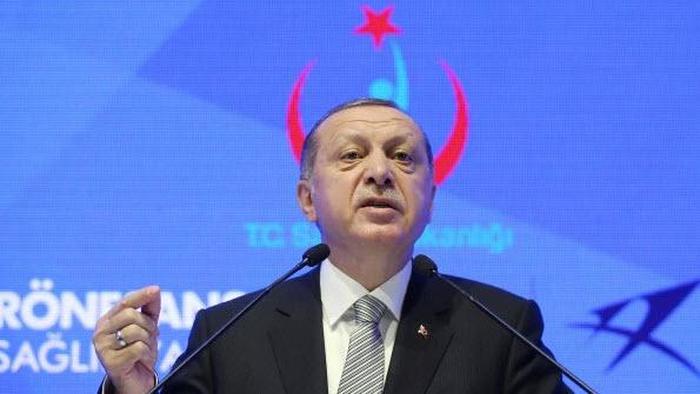 
On one hand Turkey’s currency is crashing because the country’s ruthless despot refuses to allow higher interest rates (in hopes the ensuing hyperinflationary collapse will cover up his pillaging of Turkey’s wealth and he can blame “foreign financial terrorist” for what has basically been the biggest heist of Turkey in modern history). And sure enough, the TRY fell another 2.75% today to a fresh all time low ahead of tomorrow’s insane rate cut by the Turkish central bank which will send the lira plunging even more in the coming days.

On the other, the local population – barred from exchanging their worthless lira into cryptos and effectively blocked from converting the local fiat into dollars and foreign currencies – is desperate to at least convert their rapidly depreciating pieces of paper into something tangible, like food. Which, of course, leads to even higher prices and so on, in a traditional hyperinflationary spiral.

So what is a scrambling Turkish government to do to prevent all out collapse? Apparently it hopes to legislate away hoarding.

According to T24, lawmakers from Turkey’s ruling Justice and Development Party’s (AKP) presented to Parliament a proposal for a new bill calling for increased fines against hoarding of food and other goods, a perfectly natural reaction to idiotic government policies that have resulted in the lira losing 50% of its purchasing power in just the past year!

The eight-article proposal calls for penalties ranging between 100,000 – 2 million liras (approximately $7,000 – $144,000) according to T24, and arrives as the country is faced with soaring inflation amid an economic downturn.

The bill refers to “practices by the producers, suppliers and retailers that lead to bottlenecks, disequilibrium  in the market,’’ as well as  “activities that alter free competition,’’ T24 said, calling for increased penalties that will serve as a greater deterrent to such moves.

Inflation in Turkey climbed to an annual 20.7 percent in November, with food prices rising 27.1 percent on average, according to official data, as the country grapples with a plunging currency.

The Turkish lira has lost around 40 percent of its value this year as President Recep Tayyip Erdoğan continues to double down on his unorthodox economic policy of keeping borrowing costs low.

Erdoğan has openly targeted stockpilers, blaming them for the surge in prices and threatening to impose more severe punishments. Of course, this is ironic to the point of lunacy: the only reason prices are surging is because Erdogan – who effectively controls the central bank with his personal appointees – is hoping to spark hyperinflation so the economy collapses and his pillaging of billions in Turkish wealth is not uncovered while he quietly disappears to some tropical paradise with hundreds of bars of confiscated gold.

“Greedy” businesses that stockpile more goods than needed, are in part to blame for some sharp price spikes, T24 cited the Turkish leader as saying earlier this month.