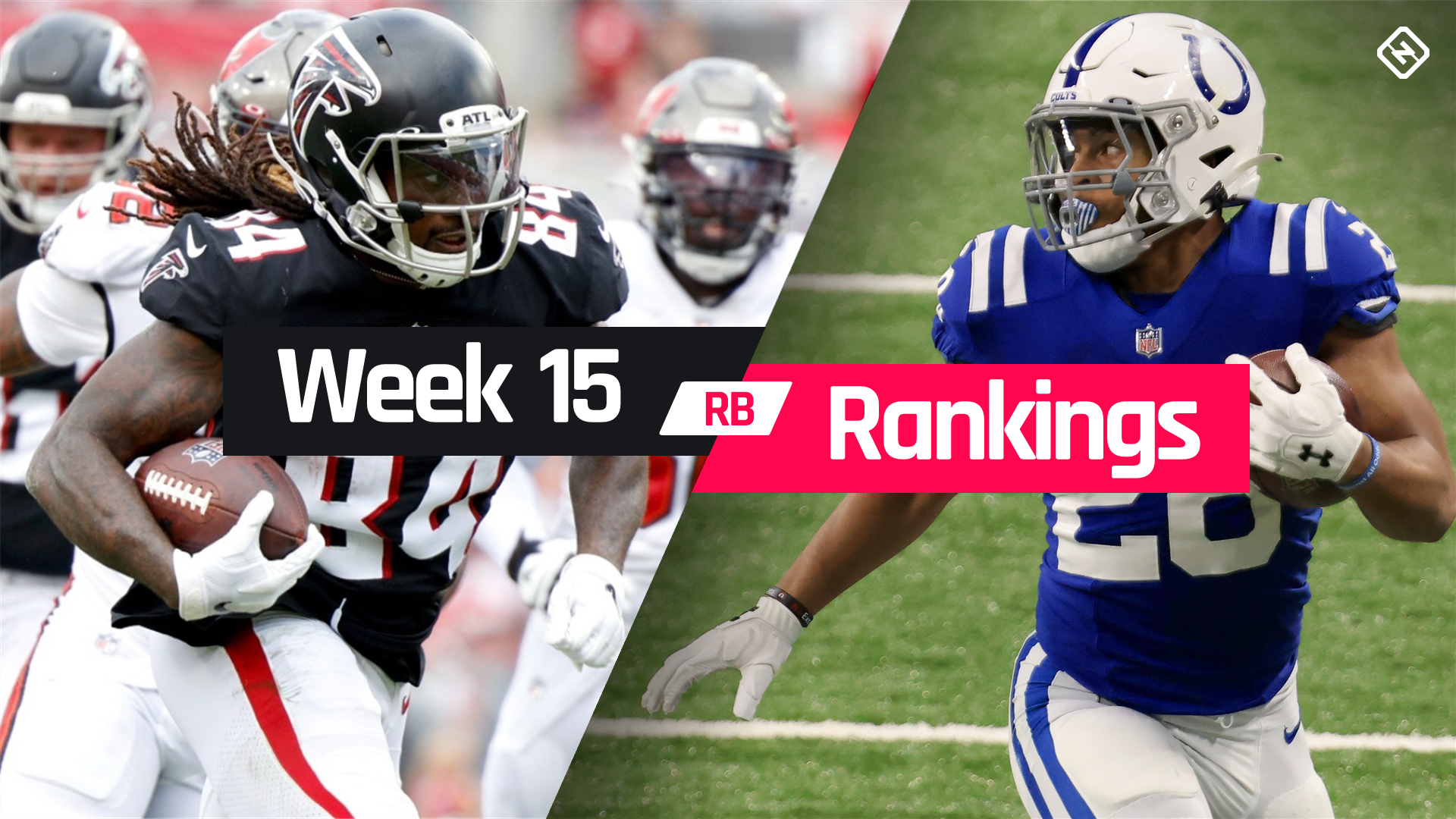 It’s time for fantasy football’s second season, and every start ’em, sit ’em decision is under intense scrutiny. That’s especially true at running back, where injuries create constant tension. Our Week 15 fantasy RB rankings can help ease some of the burden in finding studs, sleepers, and potential stumblers, but chances are all the “questionables” will force several updates before kickoffs.

Thankfully, the byes are over, but some of the teams coming off bye — namely, the Eagles and Patriots — had key backs injured in their last games. That makes it tough to project who will lead the way this week. The Eagles are an especially big mystery with Jordan Howard (knee) already hurt before Miles Sanders (ankle) got dinged and Boston Scott (illness) essentially sat out. Look for updates early in the week on those players.

Some of the best matchups this week go to backs who aren’t normally considered “RB1s.” Myles Gaskin (vs. Jets), Darrell Henderson (vs. Seahawks), James Conner and Chase Edmonds (@ Lions), and Clyde Edwards-Helaire (@ Chargers) are all must-starts thanks to highly favorable situations. Even D’Onta Foreman (@ Steelers) is in that group. They join the slumping James Robinson (vs. Texans) as backs with top-five matchups (and, yes, Robinson is also a must-start if his no-show last week didn’t knock you out of playoff contention).

Going deeper, the Chargers’ duo of Justin Jackson and Joshua Kelley (vs. Chiefs), and Houston’s duo of Rex Burkhead/Royce Freeman and David Johnson (vs. Jaguars) are also in good spots, but it’s always difficult to trust backs in those types of committees. The same goes for even top handcuffs in good matchups, like Tony Pollard (vs. Giants), Sony Michel (vs. Seahawks), Jeremy McNichols and Dontrell Hilliard (@ Steelers), and Darrel Williams (@ Chargers). If Pollard (foot) is out again, Corey Clement won’t be worth using.

Of course, guys like Michel and Williams could still be in play over some of the starters with poor matchups. There aren’t many borderline guys who stand out this week, as some of the toughest matchups are reserved for bona fide studs like Jonathan Taylor (vs. Patriots), Najee Harris (vs. Titans), Leonard Fournette (vs. Saints), and Aaron Jones (@ Ravens), but backs like Rashaad Penny (@ Rams), Jamaal Williams (vs. Cardinals), Damien Harris and Rhamondre Stevenson (@ Colts), and Sanders/Howard (vs. Washington) are very much on the start-sit bubble. Penny will be tough to sit after last week, and Harris (ankle) always has TD upside when healthy, but these backs have lower floors than you might think.

We’re at that point in the season where there are going to be some surprise breakouts, whether it’s a third-stringer getting his first career start (see Craiga Reynolds) or a handcuff getting more playing than expected in a particular game (see Penny). You obviously can’t plan for in-game surprises, but if you play matchups — with a close eye on recent trends in addition to season-long trends — and adjust for usage, you might just surprise yourself with some of your lineup decisions. But names don’t matter now — winning does — and we’ll be here to help you get those Ws.

Note: We’ll be updating these RB rankings throughout the week, so check back for analysis and the latest player movement.

Fantasy RB Rankings Week 15: Who to start at running back

Rankings are based on standard, non-PPR scoring