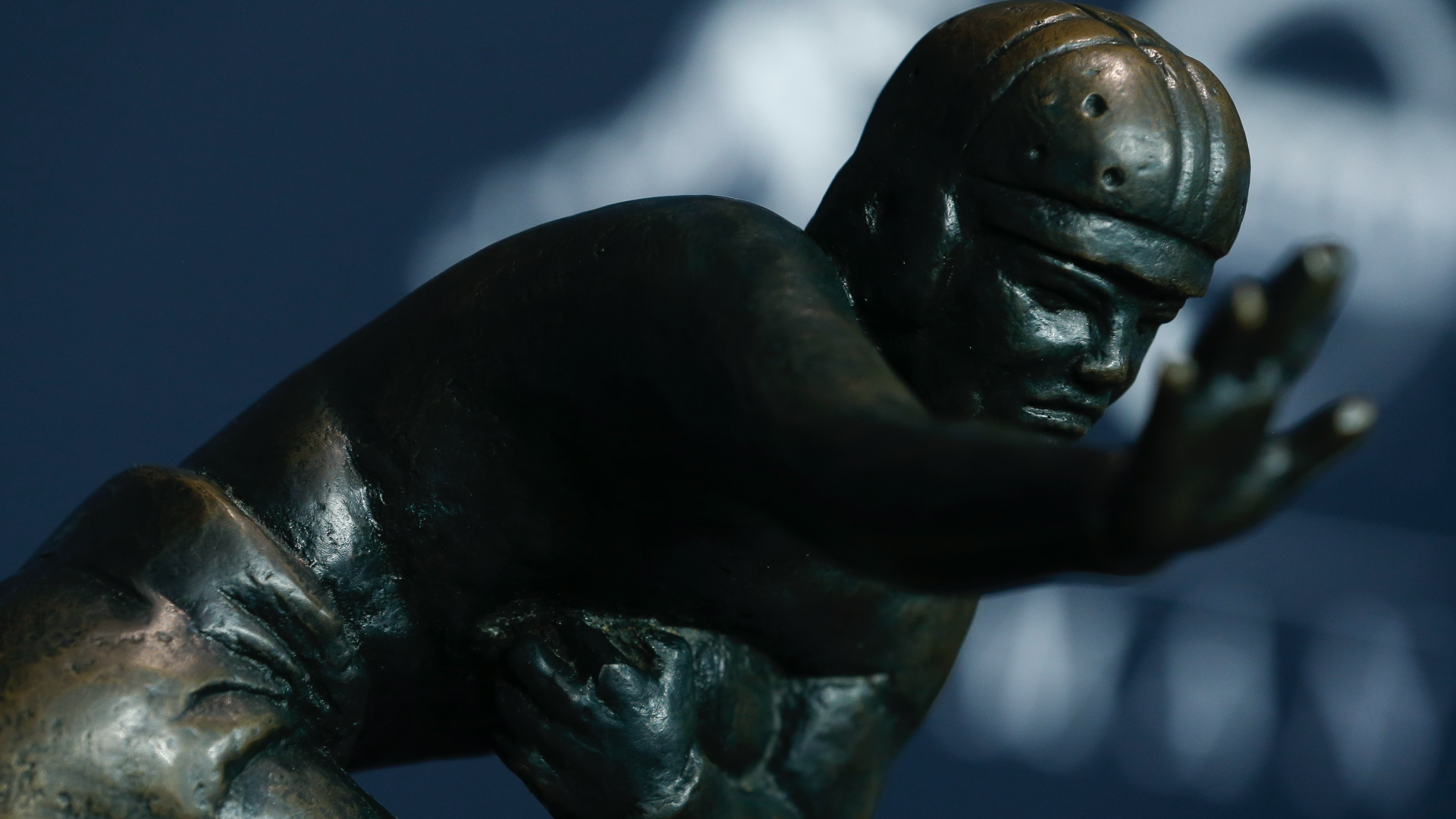 The Heisman Trophy ceremony in 2021 will return to its in-person format for the first time since the start of the COVID-19 pandemic.

The Heisman Trophy, awarded to the most outstanding player in college football, is not lacking in intrigue this year. It was considered a wide-open race for much of the 2021 season, with several quarterbacks leading the way in terms of pure offensive volume. Other positions weren’t nearly as represented, but players such as Michigan State running back Kenneth Walker III and Alabama linebacker Will Anderson Jr. garnered significant discussion as well.

That intrigue has transformed into controversy with the announcement of the Heisman Trophy finalists. Despite featuring four players for the third time in as many years, college football fans bemoaned what they believed to be snubs of players such as Walker and Anderson, among others. That takes nothing away from the four finalists in 2021, however; all had spectacular seasons while leading each of their teams to at least 10 wins apiece.

With that, here’s everything you need to know about the 2021 Heisman ceremony, including time, TV channel and betting odds.

When is the Heisman Trophy ceremony 2021?

Below are the updated 2021 Heisman award odds, courtesy of FanDuel.

The Heisman finalists were announced on Monday, Dec. 6. They comprise Alabama quarterback Bryce Young; Michigan defensive end Aidan Hutchinson; Pitt quarterback Kenny Pickett; and Ohio State quarterback C.J. Stroud. ESPN will reveal the players who finished fifth through 10th in the Heisman voting in a televised event at 9 p.m. ET. They will not attend the 2021 Heisman Trophy ceremony.

Where is the Heisman Trophy ceremony held?

The Heisman ceremony will be held at the Lincoln Center in New York. The 2020 presentation was produced virtually out of Bristol, Conn. due to the COVID-19 pandemic. Prior to that, it was held, in person, at the PlayStation Theater in New York’s Times Square from 2005-19.

How does the Heisman voting process work?

The Heisman winner is selected by 870 media members from across the country: 145 voters in six separate regions (Far West, Midwest, Mid-Atlantic, Northeast, South and Southwest). Each region constitutes 16.67 percent of the total Heisman vote.

This year’s ballots were distributed to voters on Nov. 29, two days following the completion of Rivalry Week. That means voters were allowed to select their preferred players before conference championship weekend, which took place on Saturday, Dec. 4. The deadline to submit votes was 5 p.m. ET on Monday, Dec. 6. Only one finalist, Stroud, did not participate in a conference championship game.