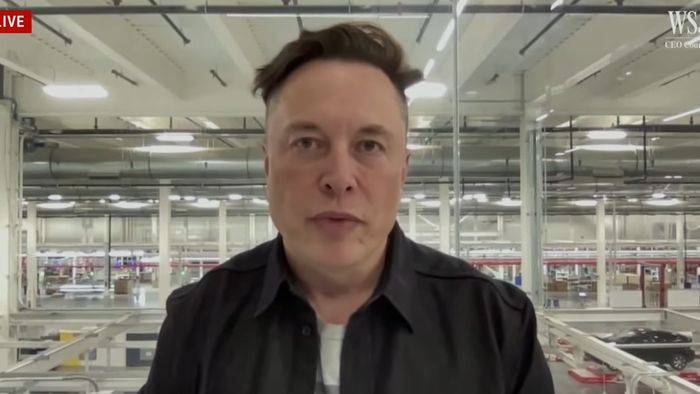 
Elon Musk took center stage at the Wall Street Journal CEO Council Summit this week, where he answered questions about Tesla, Neuralink, SpaceX and, most notably, took the time to once again praise China.

We have noted numerous times in the past that Musk has a propensity for praising China at every given opportunity.

Things were no different during the WSJ event, where Musk predicted that China’s economy could “exceed two or three times that of the United States” in coming years.

“It’s a different world,” Musk said of China. Musk stressed that China is still adjusting to becoming an emerging power, telling the WSJ: “There are a lot of people in the government in China who kind of grew up…with China being a small economy and maybe who feel like China was pushed around a lot. They haven’t fully appreciated the fact that China really is going to be the big kid on the block.”

Flexing more of his geopolitical analysis muscle, Musk then said: “If you’re going to be the big kid on the block, then you really need to be pretty chill about things.”

Perhaps trying to walk back some of his enthusiasm for the CCP, Musk then said: “It is not my intention support everything China does more than, say, would support anything the United States or any other country does…we are moving into an interesting new world and we must remember that we are all human.”

On top of that, Musk commented that Tesla’s coming (supposedly) Cybertruck may be the company’s best product ever, while at the same time he potentially alluded to further delays: “It has a lot of new technology, so it’s hard to make. But it will be awesome.”

Finally, Musk lamented how much time being Tesla CEO takes up, perhaps another nod to him eventually moving on from his role at the auto company: “The sheer amount of work required to be CEO of Tesla is insane. It would be nice to have a bit more free time on my hands as opposed to just working day and night from when I wake up to go to sleep seven days a week. It’s pretty intense.”

Musk also commented that SpaceX’s Starship rocket is currently occupying “more of his mental focus” than anything else. “This is the biggest rocket ever made” he told the WSJ. He also added that he hoped his venture in Neuralink would eventually help people walk again.

The full interview can be viewed here: