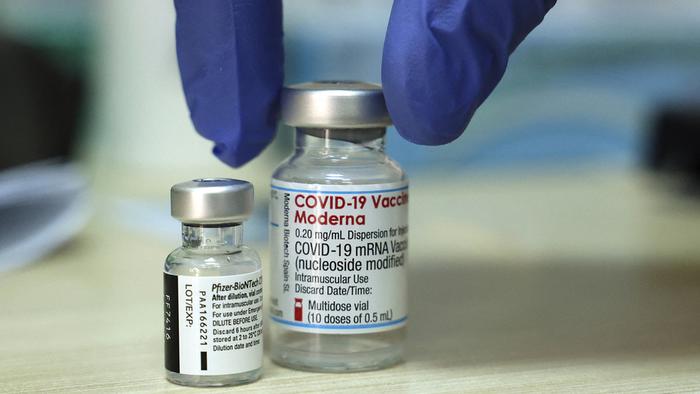 
Canada has become the latest country to recommend that young people – in this case boys and men aged 12 through 29 – should opt for the Pfizer Covid-19 booster shot over Moderna’s Spikevax due to a higher risk of myocarditis.

On Page 7 of Canada’s National Advisory Committee on Immunization’s revised guidelines, the new guidance calls for the Pfizer-BioNTech offering due to “Lower reported cases of myocarditis/pericarditis … compared to Moderna Spikevax.“

Canada’s Chief Public Health Officer Dr. Theresa Tam explained the decision in a Friday tweet, noting that “The latest data suggests the rare risk of these events following vaccination with mRNA COVID-19 vaccines (most often seen in males 12-29 yrs) may be lower with Pfizer-BioNTech Comirnaty (30 mcg) compared to Moderna Spikevax (100 mcg) vaccine,” while a “longer interval between 1st & 2nd dose of a primary series results in stronger immune response/higher vaccine effectiveness + may be associated with lower risk of myocarditis &/or pericarditis in teens & young adults.”

5/8 Evidence also shows a longer interval between 1st & 2nd dose of a primary series results in stronger immune response/higher vaccine effectiveness + may be associated with lower risk of myocarditis &/or pericarditis in teens & young adults.

The agency still recommends both vaccination and boosters.

Canada joins Germany, France, Finland, Denmark and Sweden in warning young adults to avoid the Moderna jab following evidence of ‘rare but harmful’ side effects. The decision follows recently released data showing that the risk of heart inflammation from Pfizer’s jab “appears to be around five times lesser…compared to Modera’s spikevax jab”, per an opinion published by the HAS.

Here’s a summary of the German PEI data via Reuters:

In the 12-17 age group, the rate was 11.41 for males with the Moderna shot compared with 4.81 for Biontech/Pfizer. There was no data provided for females in the lower age group.