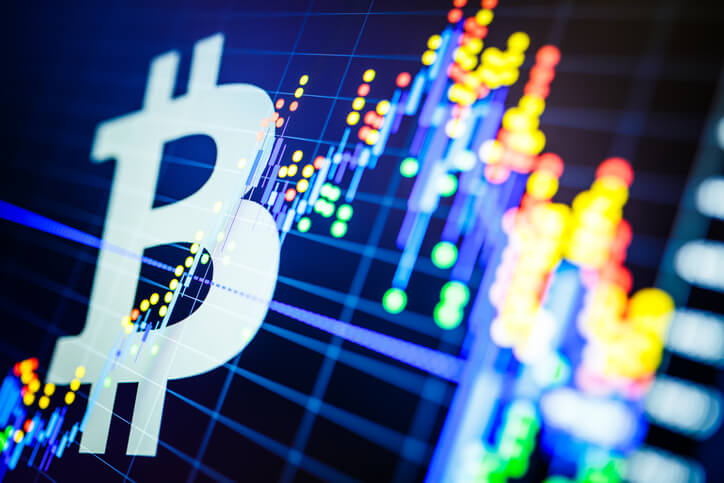 Bitcoin mining has been under a microscope lately. We talked to a crypto expert to understand why blockchain is getting a bad rap.

If you’ve even casually followed Bitcoin news lately, you may have seen headlines such as these:

“Why does Bitcoin need more energy than whole countries?”

These captions are meant to drive clicks and perhaps even plant a seed of doubt in the public’s mind about trending cryptocurrencies. But is crypto trading the energy vampire that the media has made it out to be?

We spoke with podcast producer and blockchain expert Matthew Diemer, a longtime player in the crypto industry, to get a more balanced view of this issue. Diemer manages The Decrypt Daily podcast, which discusses all aspects of crypto news and information.

Before we dive into the conversation, let’s start with a quick rewind on some basic cryptocurrency facts. Currently, there are dozens of virtual currencies, also known as tokens, available to purchase and trade. However, the most well-known currency by far is Bitcoin, having been around now for over a decade.

Other rising stars in the crypto space include Ethereum, dogecoin, and Litecoin. And recently, a wave of interest in NFTs is fueling public demand (however, NFTs, or “non-fungible tokens,” are a type of virtual product that exists primarily within the Ethereum blockchain.)

To understand how energy use and blockchain (i.e., the technology that allows cryptocurrencies to exist) are intertwined, one has to dig a little deeper into the processes of creating and trading cryptocurrencies.

Blockchain technology involves a method of tracking every single transaction called Proof of Work (PoW). Essentially, PoW is a publicly documented record, also called a ledger, organized by a group called miners. Miners, predictably, are the ones that mine to create new tokens by recording every transaction for the blockchain.

As Diemer explains, miners take each “transaction in the data and put it into the decentralized database. Once it’s put in that decentralized database, that one person wins and gets the block reward because they are the first person to do that. Basically, that transaction is now locked within the blockchain. And we call it a blockchain because you can see the chain of transactions all the way back to the beginning, or the genesis, block of Bitcoin.”

Miners repeat these tasks continually as more crypto is bought and sold. So, because this process involves performing extremely complex algorithms repeatedly, mining uses energy, and lots of it. Now that the connection between energy use and blockchain is clear, let’s dive deeper into the energy and mining relationship at the crux of this controversy.

Energy use and Bitcoin mining

Though Diemer is the first to admit that Bitcoin mining “takes a lot of energy, around 170 Terawatts per block,” he also says we should be careful about how we frame up the idea of energy use when it comes to blockchain management.

Diemer states, “I don’t like the term energy usage because I think that’s disingenuous. We should be thinking about the word carbon emissions, or CO2 footprint.” But, Diemer said, we should “be concerned about the CO2 footprint of any kind of energy consumption.”

To his point, the laser focus on Bitcoin in relation to energy is leaving out a lot of factors. For example, Diemer says, Bitcoin obtains “74% of electricity from renewable sources,” a stat backed up by a 2019 CoinShares report.

Based on this data, the topic of crypto energy consumption requires a reframing of sorts. In other words, Diemer states, “do we care about how much energy is consumed, if it’s renewable? No, because it’s renewable.”

Bitcoin as a business

Diemer proposes that when it comes to energy management, crypto miners might be more concerned than most people because it affects their bottom line. “Bitcoin mining is a business proposition. You want to get the cheapest energy to do this business because it takes a lot of energy to mine Bitcoin. Therefore, anything that is not the cheapest possible is a negative against your business.”

“Bitcoin miners purposely set up next to renewable power sources and use their excess energy.” In other words, Diemer suggests mining is using energy that would otherwise be wasted. Indeed, recent reports show as much as 72% of the energy produced globally is lost.

The bulk of Bitcoin mining is located overseas, with the vast majority (65%) of that taking place in China, according to Statista. Although China is heavily dependent on coal energy, savvy miners have found a way to harness unused power.

Diemer explained, miners “actively search out the cheapest, most efficient ways to conduct this business. I had somebody on the show that had a Bitcoin mining firm in Sichuan, and that’s exactly what they did. They flew to Sichuan and found one of the many dams that are there and nestled up next to it and started a partnership with them.”

Currently, less than 8% of mining is U.S.-based. However, that stat is likely to change as crypto continues to grow in popularity, causing miners stateside to look for the best places to expand their pursuits. And one location set to skyrocket in popularity is Texas.

Texas is an attractive hub for would-be miners. The Lone Star State is already ripe for solar energy generation. Texas currently leads the U.S. in solar generation, lagging only behind California. Texas is also a leader in other types of renewable energy, such as wind power, which could be essential to low-cost and efficient mining operations.

But with Texas struggling through an energy crisis for the first part of 2021, how much more pressure can the southern power grid stand? Will prices skyrocket even more than during the February winter storm, And how much of that cost will be passed onto the consumer?

Like the situation in China, Texas miners can use energy that would otherwise go to waste. And it is precisely this type of symbiotic relationship that could be a boon for energy production in the south-central region of the U.S.

A mining facility already exists in west Texas was able to “sell its contracted power supplies back into the grid for a profit,” according to Bloomberg. So, “when power prices in Texas topped $200 a megawatt-hour, Layer1 reaped returns of more than 700%.”

The good news is that if other facilities follow suit, mining may help the Texas power grid retain more of its renewable energy. However, whether or not the excess energy will translate into savings for Texas electricity customers remains to be seen.

Why mining gets blamed for energy consumption

The question still remains that if miners are so strategic about optimizing energy, why has bitcoin mining been getting the brunt of the blame for energy consumption?

Traditional monetary transactions involving fiat (i.e., government-issued) currency involve significant energy output as well. Consider the number of debit and credit card swipes that take place every second, which totaled over 174 billion transactions globally in 2018, according to the Federal Reserve. With that figure in mind, is the blockchain industry liable for energy gluttony, or are they being scapegoated by the “old guard” in the finance space?

Diemer states, “I think that it’s an easy narrative, and I think that narrative always trumps research and due diligence. It’s easy to run with a narrative instead of actually digging down on the conversation and trying to understand what’s happening.”

But Diemer is confident that the same avant-garde thinkers that facilitated the early days of crypto may be the same innovative minds that come up with our next big energy solution. “The interesting thing about the free market is that sometimes they find solutions to problems…that aren’t thought of by the public or the government.”

Perhaps he sums it up best by saying, “The minds in this space are just brilliant individuals that are thinking literally like Sci-Fi novels. And not only thinking like Sci-Fi novels, but they’re also writing the Sci-Fi novel as we speak and then putting it into everyday action. And if that’s not inspiring to you, then I don’t know what is.”

Lisa Iscrupe is a writer with over 15 years of experience working in the energy and telecom space. She graduated with a Bachelor of Arts focused in English Language and Literature from UNC Charlotte.

Stephen A. Smith has predictably lame response after Cowboys’ playoff loss to 49ers

Top 12 Advanced 3D Printing Robots You Should Know in 2022