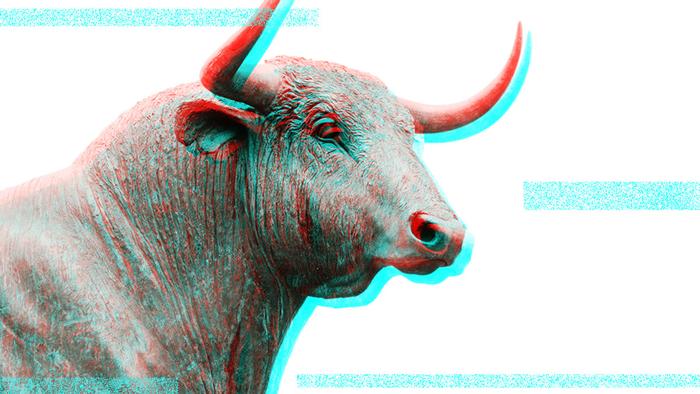 
Authored by Rob Price via BitcoinMagazine.com,

As bitcoin gains mainstream acceptance from centralized financial institutions, will Wall Street come to ruin what is most powerful about the asset?

But what is the risk that bitcoin could become co-opted and corrupted by those centralized financial overlords? What if bitcoin loses its independence? What if bitcoin merely becomes another speculative Wall Street plaything?

TLDR: Wall Street’s growing importance is unavoidable as bitcoin goes mainstream, but correlations will not rise indefinitely and bitcoin’s independence remains in the hands of everyday users like me and you.

HOW BITCOIN’S TECHNICAL SECURITY ADVANCED IN 2021

The great bitcoin mining migration of 2021 further decentralized bitcoin mining, which enhanced its security and reduced the possibility of a technical attack on the network itself. Furthermore, bitcoin showed in 2017 that it is resistant to change. A group of miners and merchants alienated themselves from the community because they ignored the community and pushed for an increase to the blocksize.

So, Bitcoin is technically secure and unlikely to change its underlying principles. The network is decentralized and principles enshrined. Users have vehemently defended those principles. However, technical risks are not the only risks to bitcoin.

WHAT IF BITCOIN BECOMES BITCOINTM, A WALL STREET PLAYTHING?

Ben Hunt outlined some of these softer, more philosophical fears around Bitcoin in his very thought-provoking article “In Praise Of Bitcoin,” in which he wrote about the prospect of BitcoinTM emerging:

“What is Bitcoin!TM in abstracted form? It’s a securitization or representation of Bitcoin ownership that promises the price appreciation of Bitcoin without the hassle of Bitcoin ownership. It’s a casino chip that represents the price of Bitcoin. Michael Saylor, for example, is only too happy to sell you a MicroStrategy casino chip. Or maybe you’d prefer to play on the Canadian crypto ETF felt? Or try your luck at the wheel of a Morgan Stanley private fund?”

This is a much more insidious risk than a technical attack or government regulation, in my opinion, and it warrants reflection.

S&P 500 CORRELATION VS. BITCOIN RISING AGAIN: SHOULD WE BE WORRIED?

I recently noticed that the one-year rolling correlation between bitcoin and the S&P 500 reached its highest levels on record, according to a chart accessed via Glassnode. This shows that there is a growing relationship between Wall Street and bitcoin, which could be a signal that our worst fears are coming to fruition. Should we be worried?

From a technical perspective, different asset classes can be driven by the same factors, even if the assets are fundamentally different in nature. For example, inflation can drive gold and equities higher simultaneously but it can also generate divergent outcomes under different circumstances.

It is no surprise that bitcoin and equity markets are both being driven higher by excessively loose monetary policy, which debases the value of fiat currencies. Many other asset classes are caught in the same theme, including property and bonds.

A rising trend in correlations does not imply that the trend will remain intact indefinitely.

WHAT COULD CAUSE A RISING CORRELATION TO BECOME A PERMANENT FEATURE?

If Wall Street creates numerous financial products and trade in these products starts to dominate relative to actual users of the technology, the rising correlation between the S&P 500 and bitcoin could become a permanent feature. What if regulators force users to comply with numerous KYC and AML measures, reducing its censorship-resistant qualities and rendering it less independent?

A couple of responses to each scenario:

Take a look at the holders of bitcoin today: More than 35% of coins have not moved in at least two years, according to data from Glassnode, which is a strong indication of long-term investment behavior. Some percentage of these holders could be institutional investors. But the fact that they are not trading the asset implies that, for one, they do not view the asset as a speculative plaything and secondly, that they choose to expose themselves to the vagaries and eccentricities of this alternative monetary network for the long haul, i.e., they are investing on bitcoin’s terms, not Wall Street’s.

Bitcoin has no central bank to enter the market during periods of turmoil. The buyers of last resort are everyday bitcoiners who believe in the project and store their long-term wealth in the asset. It’s these bitcoiners who create the price floors during price crashes.

On-chain research via Glassnode shows that the number of addresses with balances less than 1 bitcoin continues to rise in 2021, giving an indication that smaller holders remain a very important dynamic in the market. By contrast, the growth in the number of addresses with balances great than 100 bitcoin has been negative throughout 2021, also per data accessed on Glassnode.

Conclusion: Yes, Wall Street is becoming important for bitcoin, but that does not imply Wall Street dominates bitcoin.

2) PRIVACY IS CRITICAL AND AVAILABLE TO THOSE WHO NEED IT

I would like to remind readers that privacy is a human right and is required by all to live fulfilling human lives. You would not want someone peering into your bedroom every morning! Not only is the right to privacy enshrined in the constitution of numerous countries but also in Article 12 of the UN’s “Declaration Of Human Rights” (UDHR), from 1948.

The desire for privacy does not imply tax evasion or criminal activity. Numerous people require privacy to live due to targeted, government-mandated, financial exclusion. There are more obvious examples in autocratic governments like China, Venezuela and Afghanistan, but there are also more nuanced examples in the countries regarded as the “free world.”

Increasingly stringent financial, travel, property and speech restrictions imposed in 2020 and 2021 implies that the number of people who may be forced into privacy will increase.

Conclusion: While greater government oversight of cryptocurrency is inevitable, greater privacy is also available to those who are willing to put in the effort to get it. Moreover, developers continue to work on technical upgrades which enhance privacy, like Taproot in bitcoin.

I am worried about bitcoin being co-opted by traditional financial markets and a rising correlation between bitcoin and the S&P 500 accentuates my fear.

Practically speaking, a rising correlation between bitcoin and the S&P500 indicates less diversification potential for traditional investors investing into bitcoin. I do not think it will dramatically alter people’s allocation decisions (0.4 is still a pretty low correlation), but it could because the optimal risk-adjusted portfolio could advocate for a slightly lower allocation based on mean-variance optimizations.

However, a rising correlation should not be extrapolated higher indefinitely into the future. The reasons for the correlation, its persistence and its breakdown should be assessed.

Ultimately, it is unsurprising that extreme central bank policies are driving all financial markets in 2021. If central banks were to remove their stimulus, even if only temporarily, it would have a negative impact on risk assets, including equity, like the S&P 500 and bitcoin.

Investors should never get complacent about this tighter monetary policy risk despite the incredibly low probability that central banks will be able to implement prudent policies with higher real interest rates for any length of time.

Despite all my worries about large players dominating bitcoin and government oversight negating the censorship resistant characteristics of bitcoin, grassroots bitcoiners continue to grow and access to privacy-preserving techniques is increasing.

I continue to encourage all holders of bitcoin to use the technology. You may hold the asset as an investment and may not want to touch it for many years to come — that’s great! But get a little bit of bitcoin in a wallet, send it to your friend and realize the value of decentralized, borderless value transfer and storage so that we continue to advocate for this independent system maintained by individuals, not institutions.