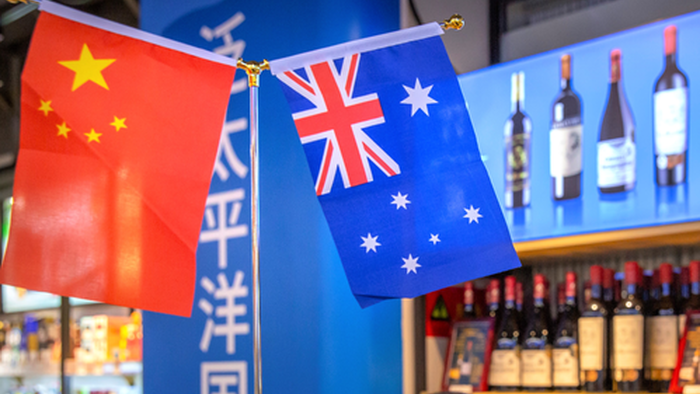 
More than 18 months after China kicked off its campaign of economic coercion against Canberra targeting a range of key commodities including barley, wine, coal timber and lobsters – Australia has yet to be brought “to its knees” as officials in Beijing had been hoping for.

Though without doubt devastating for many Australian farmers and others in industries directly impacted by the $17bn China trade row, the data ultimately shows it’s been Canberra’s allies like the US picking up much of the slack.

President Joe Biden’s top Asia adviser Kurt Campbell is now predicting eventual defeat for China, telling the Sydney-based Lowly Institute that he expects Beijing to waive the white flag and restore the trade relationship with Australia, and on Canberra’s terms.

The past months have seen Australia-China relations reach their lowest point in history, given the already soaring tensions went to boiling point after Canberra on Sept.15 unveiled the ‘AUKUS’ nuclear submarine technology sharing deal with the US and Britain. Thus economic warfare unleashed alarming words among state officials threatening future literal war.

Campbell, who is point man on everything Indo-Pacific for the National Security Council, told the think tank in his statements, “I fully believe that over time, that China will re-engage with Australia. But it will, I believe, re-engage on Australian terms.”

“I think China’s preference would have been to break Australia,” he underscored. “To drive Australia to its knees… I don’t believe that’s going to be the way it’s going to play out.”

“I believe that China will engage because it is in its own interest to have a good relationship with Australia,” he concluded. He suggested that likely China, as Australia’s largest trade and export partner – had never expected Canberra to weather the storm this long…

Mr Campbell said that China respected “strength” and that Australia’s resolve in the face of the economic sanctions would strengthen its hand when dealing with the Chinese government.

Months ago outside observers began expressing surprise over Australia’s economy standing up better than expected in the face of China’s coercion.

Australian treasurer Josh Frydenberg has lately emphasized a theme that despite Beijing “willing to use its economic weight as a source of political pressure” it remains that his country’s economy has shown “great resilience to date”.

We noted starting in October that there are signs China is beginning to fold – for example reluctantly unloading Australian coal amid its recent power crunch despite its unofficial import ban.