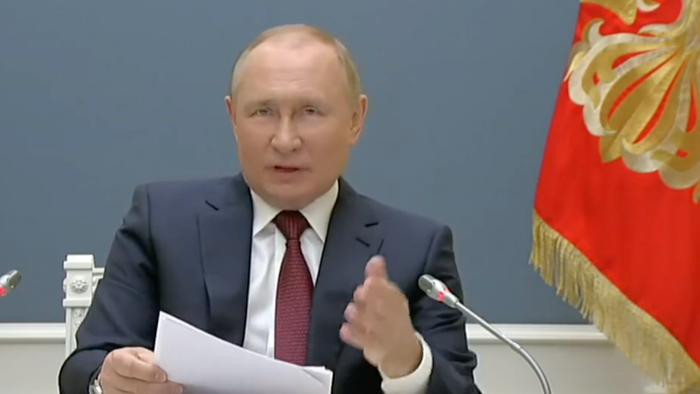 
Russian President Vladimir Putin revealed a new hypersonic weapon during a speech at the Russia Calling! Investment conference hosted by VTB Bank on Tuesday, according to RT News. He told attendees the new weapon is a high-speed missile that is “necessary” as a defense shield against “Western actions.”

“We have already successfully conducted tests, and from the beginning of the year, we will have in service a sea-based hypersonic missile of Mach 9,” Putin said.

The president didn’t name the new missile but likely referred to the Zircon, the world’s first hypersonic cruise missile. He said successful testing of the missile would lead to the naval deployment next year.

“Now, it is especially important to develop and implement the technologies necessary to create new hypersonic weapons systems, high-powered lasers and robotic systems that will be able to effectively counter potential military threats, which means they will further strengthen the security of our country,” he said.

A video from Monday shows the state-of-the-art missile launching from Admiral Gorshkov frigate. The missile successfully struck a target more than 248 miles away. There have been multiple tests of the missile in the last two weeks.

Moscow announced on Saturday it has begun series production of the Zircon. The missile is so fast that it can evade ‘all’ Western defense systems.

It appears Putin and state media want the world to know that they’re leading the hypersonic weapons race that they claim will render all the NATO border defenses completely useless.

According to Kremlin deputy premier Yury Borisov, Russia is kicking America’s ass at hypersonic weapons development and aims to maintain its lead.

News of the latest hypersonic missile comes as White House officials are reviewing options after increasing fears of a Russian invasion of Ukraine.