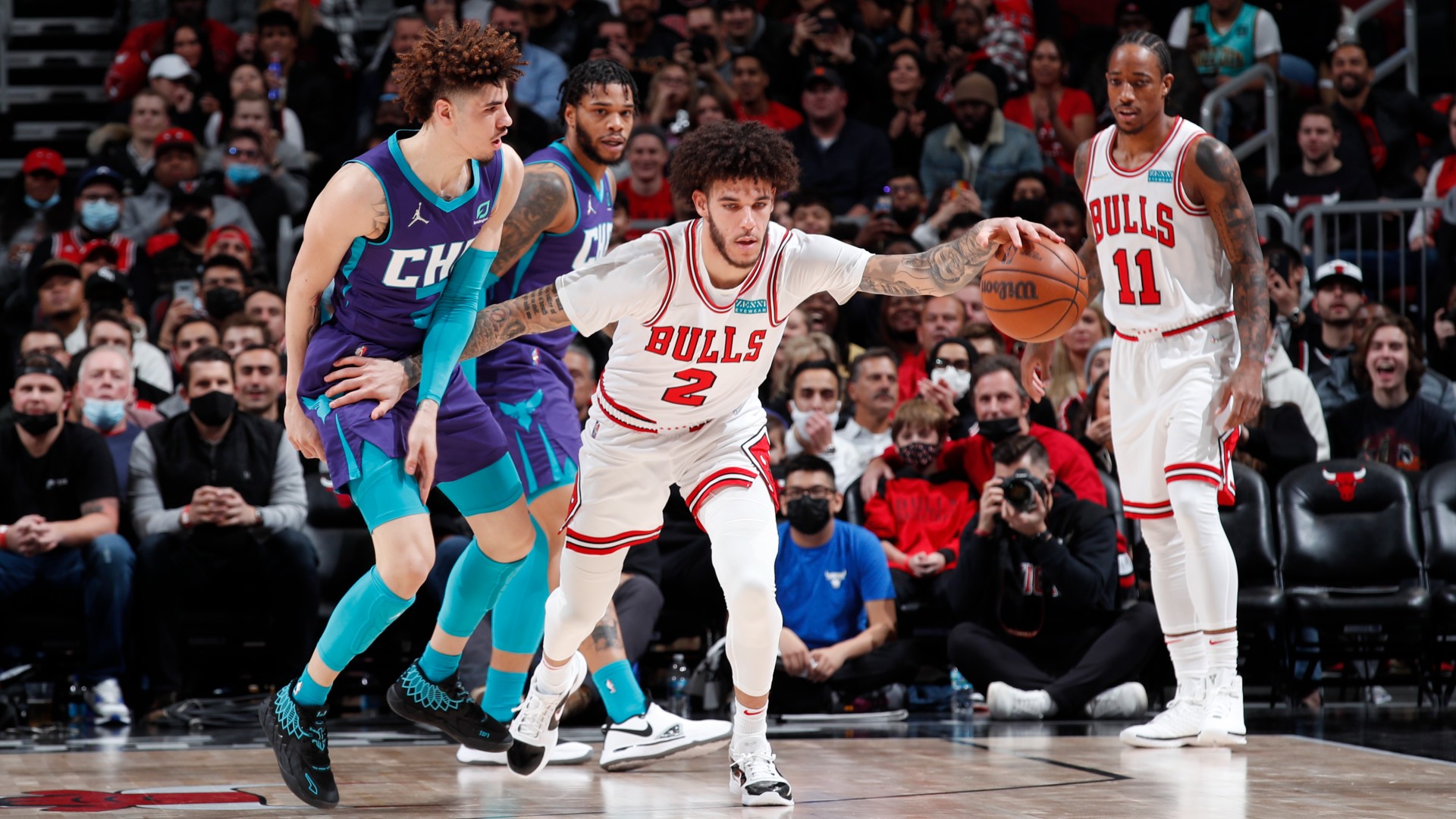 Playing the best basketball of his career, Lonzo Ball has been locked in to start the season.

Even still, it appeared the guard was carrying a little extra motivation for the much-anticipated matchup with little brother LaMelo.

As our own Kyle Irving wrote yesterday, the early honors across the two previous meetings had gone the way of LaMelo despite their teams splitting the games.

In the third matchup between the brothers in the NBA, it was the Bulls that held off the pesky Hornets for the 133-119 win. Lonzo finished the night with 16 points and eight assists, while LaMelo had 18 points and 13 assists.

In front of a rowdy Chicago crowd that is enjoying the resurgence of the Bulls franchise, LaMelo heard chants of “Lonzo’s better” late in the game while at the free-throw line, adding to the fun atmosphere around the matchup.

In an entertaining first half, it was only the officials that were getting in the way of the brother’s battle.

Lonzo would be forced to exit the game nearing halftime after picking up his third foul, with two of those coming in quick succession on questionable calls while defending LaMelo.

He did get the upper hand on this play however, swatting LaMelo’s shot off the glass, sparking a transition slam for Javonte Green

Throughout the night the two would continue to attack each other off the dribble, with LaMelo having his moments including tying up Lonzo on this drive to the basket.

And hitting this stepback jumper.

On this occasion, the pair went back-to-back with triples.

Trailing by as many as 23 points in the second half, the Hornets climbed all the way back to within four points before the Bulls closed the game out down the stretch, with Lonzo drilling a triple with around a minute remaining to ice the game.

LaMelo showed signs of frustration late in the game, picking up a technical foul for slapping the floor after not hearing a whistle on a drive to the basket. As they would have done hundreds of times in the past, the brothers were seen late in the game discussing whether or not the physical defense of Lonzo was legal. On this occasion, the older brother was the winner.

The good news is we will get two more regular-season matchups between the pair, with games between the Bulls and Hornets slated for February and April.