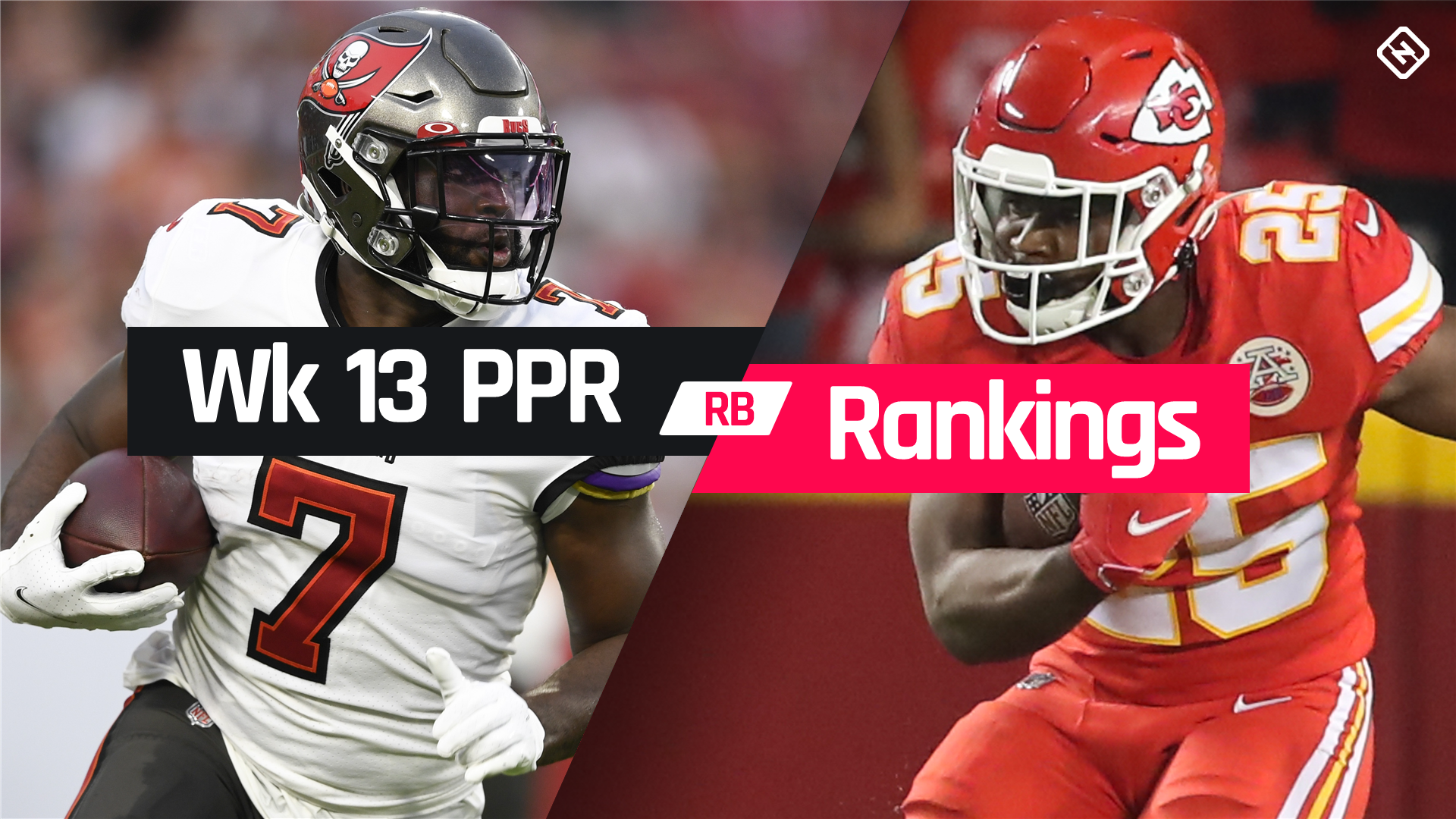 Fantasy football owners could be without several top pass-catching running backs this week, as Christian McCaffrey and Kareem Hunt are on bye and both Alvin Kamara (knee) and D’Andre Swift (shoulder) are dealing with injuries. The show must go on one way or another, and our Week 13 fantasy RB PPR rankings are here to help with your tough start ’em, sit ’em decisions.

In addition to McCaffrey and Hunt, Nick Chubb, Aaron Jones, AJ Dillon, and Dontrell Hilliard/D’onta Foreman are on bye. That takes away some top backs, and even more could be missing depending on who’s out because of injuries. We know Kamara and Swift will be “questionable,” but Dalvin Cook (shoulder), Ezekiel Elliott (knee), Jordan Howard (knee), and Mark Ingram (knee) are also going to require fantasy owners to watch the practice reports.

Fortunately, several teams that make good use of at least two backs have highly favorable matchups. The Lions (vs. Vikings), Eagles (@ Jets), Bengals (vs. Chargers), 49ers (@ Seahawks), and Washington (@ Raiders) all have top-five matchups for RBs, so Boston Scott, Samaje Perine, Jeff Wilson Jr., J.D. McKissic, and either Jamaal Williams or Godwin Igwebuike could be in play as flexes. Most of the those players, with the possible exception of Wilson Jr., generally have more value in PPR leagues.

When it comes to PPR-specific sleepers, the Bengals (@ Chargers), Buccaneers (@ Falcons), Eagles (vs. Jets), Patriots (@ Bills), Falcons (vs. Buccaneers), Cardinals (@ Bears), Chiefs (vs. Broncos), and Giants (@  Dolphins) all entered Week 12 allowing at least 6.5 RB receptions per game (as did the Jets and Seahawks, who we already mentioned). Among those teams’ opponents, only Ty Johnson (@ Eagles) and maybe Devin Singletary/Matt Breida (vs. Patriots) stand out as borderline guys who could potentially have some extra value in PPR leagues, but Singletary and Breida still have pretty low ceilings.

Buffalo’s backs aren’t the only ones with bad matchups this week. Houston’s duo of David Johnson and Rex Burkhead (vs. Colts) are also bad options despite being adept pass-catchers. Alex Collins (vs. 49ers) and Damien Harris and Rhamondre Stevenson (@ Bills) are also in tough spots, dropping them to merely flex backs.

For the most part, this is one of those weeks where the lineup choices are kind of made for you. There are some obvious sleepers who are usually on the start-sit bubble as it is, which helps, and a few obvious “sits” that you want to bench most weeks anyway. It’s entirely possible — even likely — that more injuries/illnesses will wreak havoc on these rankings before next Sunday rolls around, but we’ll watch the practice reports and adjust as needed.

Fantasy RB PPR Rankings Week 13: Who to start at running back