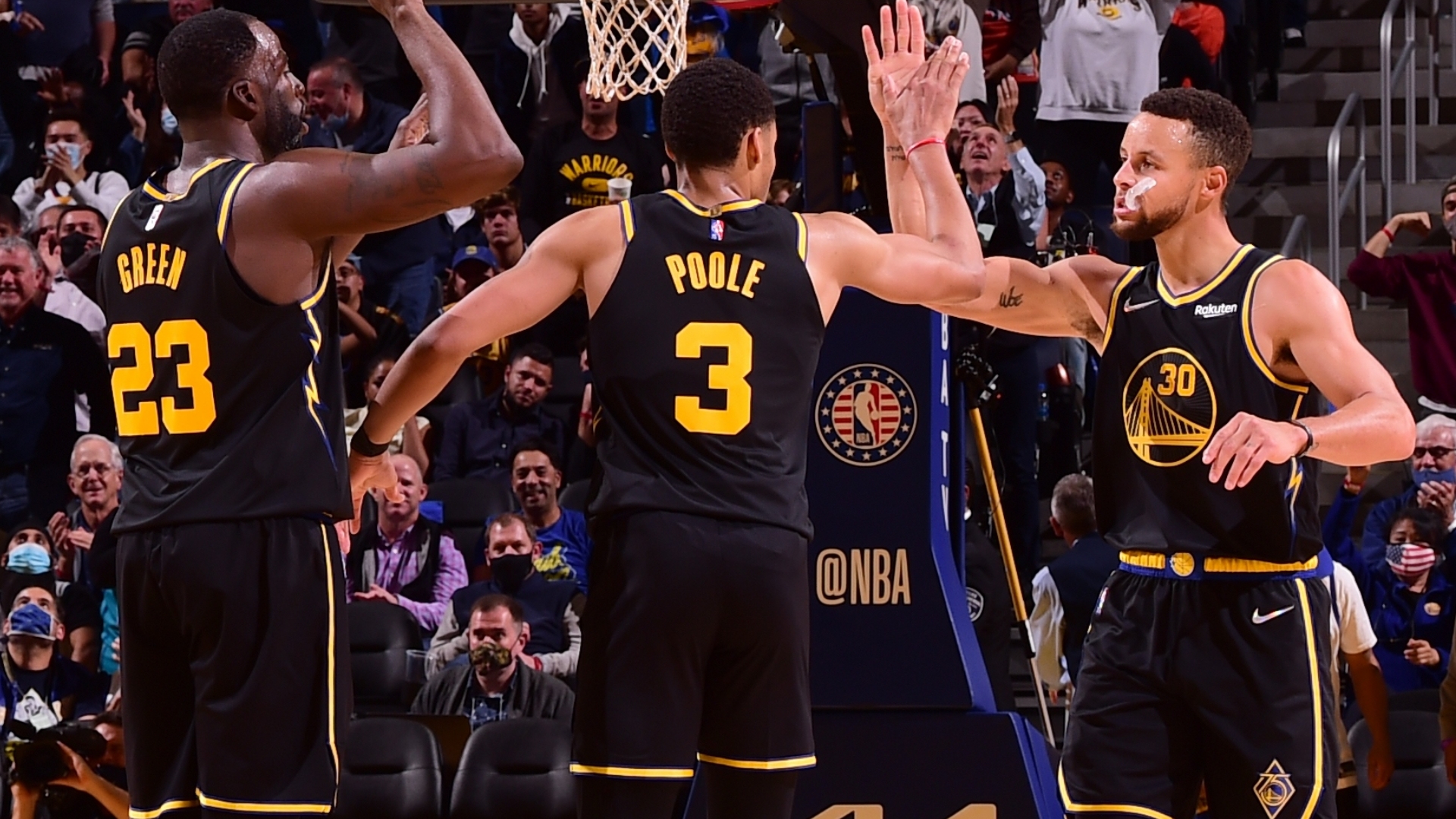 It wouldn’t be blasphemy to say that the Warriors have surprised many with their hot start to the season, winning 17 of their first 19 games.

With a healthy Stephen Curry in the line-up, many expected them to be lethal but surely not this good right?

The former two-time league MVP has been off to a flyer, averaging 28.4 points and 6.9 assists along with career-high numbers of 5.8 rebounds and 5.4 3-pointers per game.

Along with Curry, it’s also been the play of his supporting cast. The role players this season, whether it’s those acquired over the offseason or the young players learning from the mistakes from last year, have played a huge role in the Warriors’ dominance.

This season, Golden State has been doing the most damage coming out of halftime, reminiscent of the peak of the Warriors dynasty during the second half of the last decade.

They are outscoring the opponents by 144 points through 19 games. That’s not only a league-best tally but just shy of doubling the team ranked second in the Hornets (73).

In their recent game against the Portland Trail Blazers, they outscored the visitors 33-26 in the third quarter. That’s not a lot but that’s because the Warriors already separated themselves when they went on a 16-2 over the final 2:45 of the first half.

This win was the Warriors’ 10th straight home win, a game where Curry led the way with a near 32-point triple-double. He was the spark behind their run in the second quarter as he was responsible for 10 of the team’s 16 points.

Curry plays a huge role in the team’s big third quarters, as he averages a league-best 8.7 points in the period and records a league-high plus-minus of +6.1.

After trailing by as many as 21, the Trail Blazers cut it as few as eight, but Curry once again shot daggers from long distance late to seal the victory.

Stephen A. Smith has predictably lame response after Cowboys’ playoff loss to 49ers

Top 12 Advanced 3D Printing Robots You Should Know in 2022