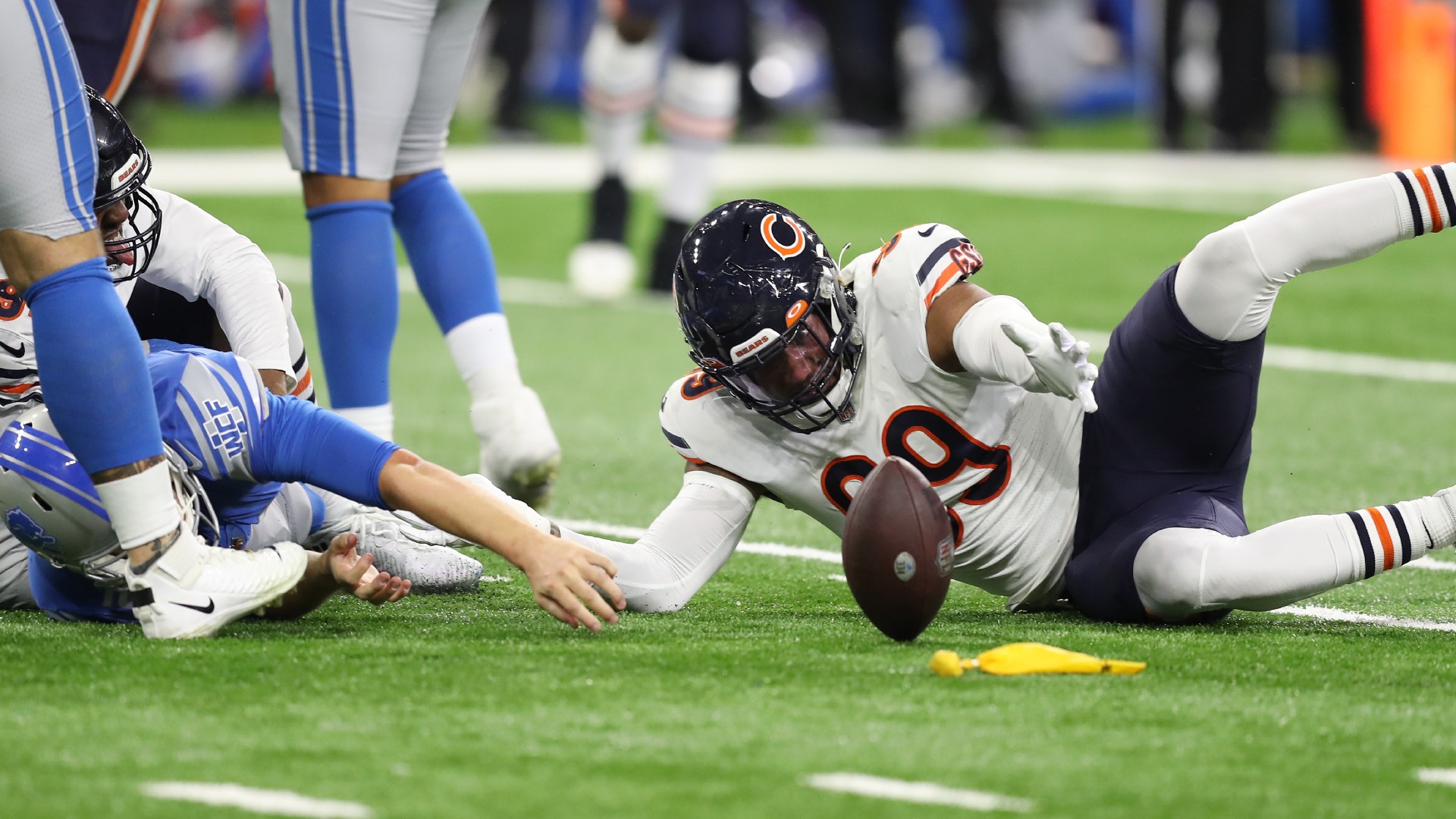 Keeping the Lions on Thanksgiving might not be best for anyone’s appetite.

The Bears and Lions entered the Turkey Day matchup with three wins combined, and they exited with a total turkey of a game. Chicago took home a 16-14 win at the buzzer when Cairo Santos kicked the winning field goal from 28 yards out.

MORE: Why do the Lions always play on Thanksgiving?

Usually, games that come down to the wire are exciting, but the NFC North matchup was anything but: It was a sloppy snoozefest of a matchup, with fans reaching their breaking point long before they argued with their crazy uncles at the dinner table.

The Lions have now lost five straight Thanksgiving games and their 14 points scored is the lowest by the team on Thanksgiving since they scored 12 vs. Packers in 2009. NFL fans sitting through the affair were, understandably, just short of storming the NFL’s headquarters in New York to get the league to stop the Lions from ruining another Thanksgiving:

then they make up bullshit new rules every year like “taunting”

If they didn’t want you passing out early on Thanksgiving they wouldn’t put the Bears / Lions game at noon.

It was a low-light festival of epic proportions.

Here’s are a few of the bad, weird and sloppy moments from the Lions on Thursday that had Lions and Bears fans thankful that the game ended before dinnertime:

The 2021 Thanksgiving day game had a combined 617 yards of total offense and just 26 points, and it got off to something of an inauspicious start: After Detroit won the coin toss and deferred, the Bears  also  tried to defer the kick-off, which is, well, something you cannot do in the National Football League.

The Bears started the game with the ball, by the way.

Nothing like a good ol’ helmet doink to get the blood pumping. A punt caromed off the head of Bobby Price, which would have been dead at the spot had it not been for a Bears penalty away from the play.

What is there to be said?

Following the second Lions TD on the day, Detroit was flagged for too many men on the field on the extra point attempt. How does that even happen? The play was understandably and fairly roasted by Fox broadcaster Joe Buck.

Joe Buck unapologetically roasts the Detroit Lions after they somehow managed to get penalized for having 12 men on the field on an extra point try. pic.twitter.com/RWvqjY4nSr

Three straight penalties in the fourth

With the Lions trying to lengthen their 14-13 lead in the fourth quarter, the Lions were slapped with a false start and back-to-back holding calls, ending up with a third-and-32. Coincidentally, that would be the second third-and-32 in the game for the Lions.

…And back-to-back timeouts for a penalty

The icing on the terrible Thanksgiving pie: The Lions called back-to-back timeouts in the final two minutes, which is something you cannot do, which earned the Lions a 5-yard penalty. It mattered: It gave the Bears a much more manageable third down in the red zone, which they converted. Chicago then ran down the clock before kicking the game-winning field goal on the last play of the game.