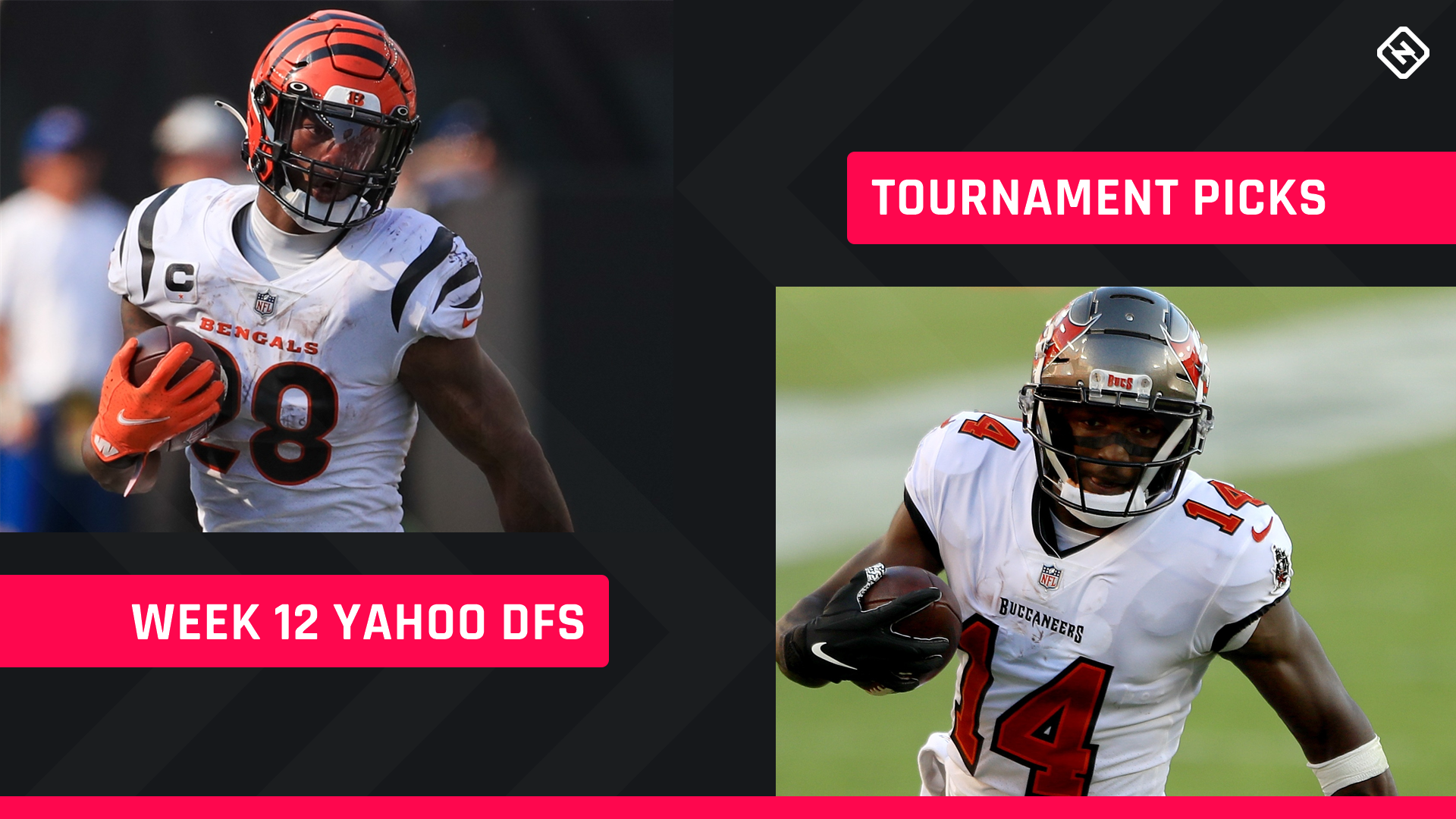 Week 12 sees Kansas City and Arizona on a bye, and Thanksgiving and the usual Sunday and Monday night games take away 10 teams from our main slate. If you’re keeping track, that leaves just 20 teams in play for our Week 12 Yahoo DFS lineups. Since we’re playing in GPP tournaments, a lot of our selections are boom-or-bust by nature. We’d rather fall flat going for big money than make “safe” picks and end up with a lineup incapable of paying off huge if things go right.

We like the idea of spending big on our backfield and WR1 and pairing those guys up with some undervalued sleepers. This is a popular strategy in GPP tournament formats.

Before we break down our picks, just a reminder of some key rules for Yahoo DFS. It’s essentially the same as FanDuel, with four-point passing TDs and half-point PPR.

Sunday main slate, $200 budget, no more than six players from the same team.