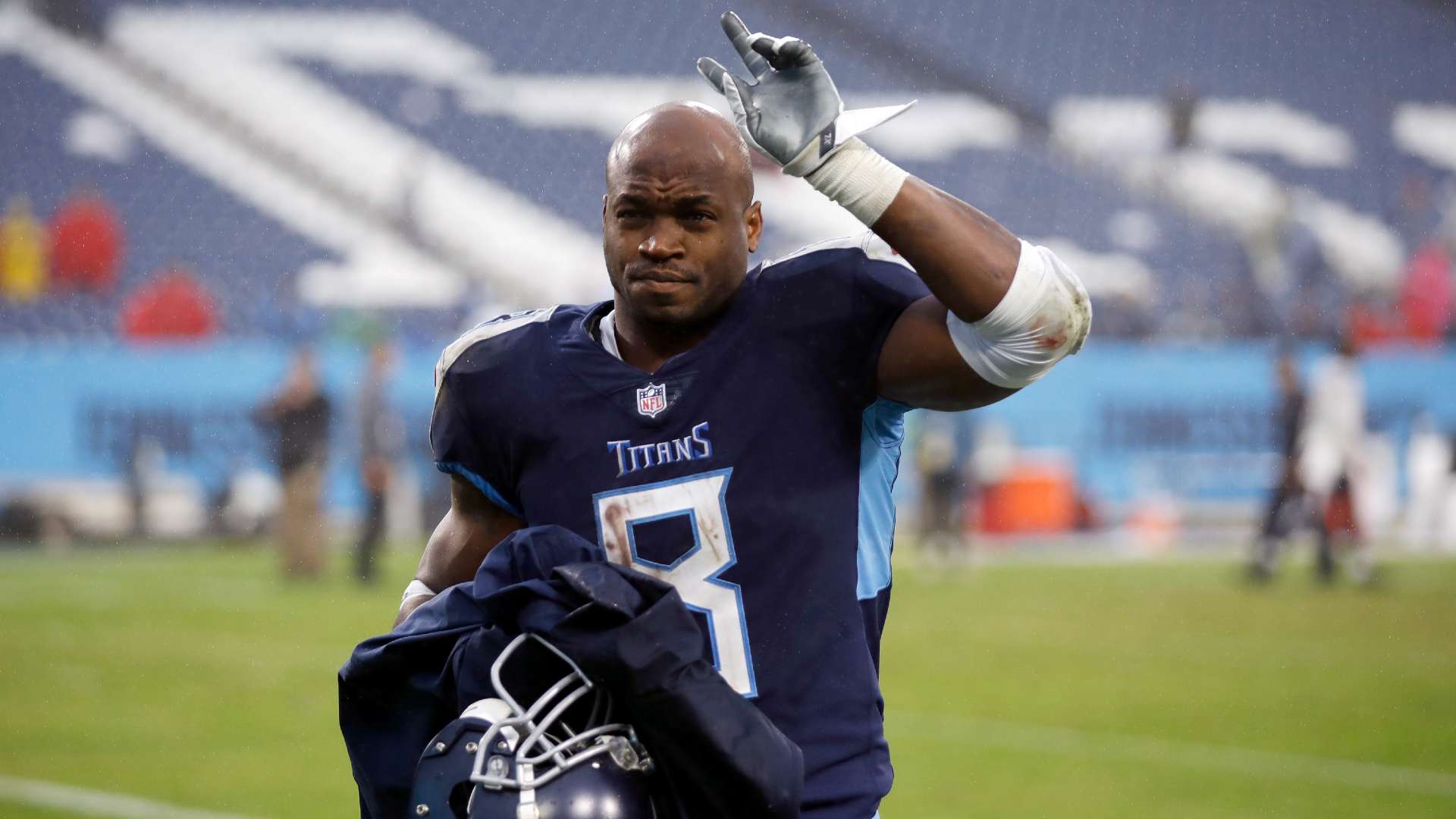 The Titans have decided to part ways with Adrian Peterson.

Tennessee announced on Tuesday afternoon that it had waived the veteran running back and made a dozen other roster moves. Peterson played in three games for the Titans after being signed to the 53-man roster, racking up 82 rushing yards and one touchdown.

Peterson was initially signed to the team’s practice squad on Nov. 2 after Derrick Henry was placed on injured reserve. Henry is still recovering from a foot injury that he suffered during Week 8. The Titans have struggled to replace Henry’s production with a backfield committee of Peterson, D’Onta Foreman, Jeremy McNichols and Dontrell Hilliard.

Peterson is currently fifth on the NFL’s all-time rushing list with 14,902 yards. He sits behind only Barry Sanders, Frank Gore, Walter Payton and Emmitt Smith.

Waiving Peterson was just one of several moves that the Titans made on Tuesday. After being called up from the practice squad ahead of the Titans’ 22-13 loss to the Texans, Hillard was officially signed to the 53-man roster on Tuesday. He recorded seven carries for 35 yards and eight receptions for 47 yards against Houston.

The Titans also signed wide reciever Golden Tate to their practice squad. He spent last season with the Giants, totaling 35 catches for 388 yards and two touchdowns in 12 games. Signing Tate is an attempt to give a boost to the receiving corps after the loss of Julio Jones, who recently landed on injured reserve with a hamstring injury.