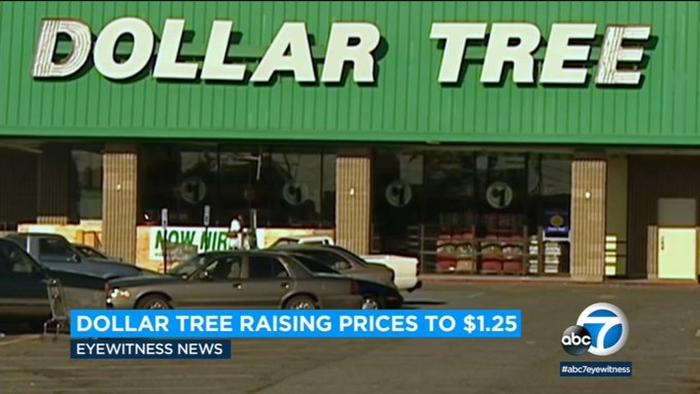 Tuesday was what now passes for normal in global ‘markets’. For example, the currency of a major trading and geostrategic economy, Turkey, collapsed 16% on the day at one point, from what were already exceptionally low levels. For younger emerging market analysts afraid to make big calls on where FX can head even over the longer term, and clinging to ‘spot plus/minus’ – Exhibit A. The lira is down 40% this year and a third in November alone, as Turkey’s president promises “an economic war of independence.” From what/whom? “Unrealistic and completely detached from economic fundamentals,” was being bandied about at one point in official circles.

Unfortunately, one doesn’t know exactly where that applies. Look at the White House’s coordinated release of just 50m barrels of oil from its Strategic Petroleum Reserve (SPR), which saw energy prices handily up on the day. Hardly a bazooka, Joe: and neither was the ‘laugh-a-minute’ Energy Secretary not being able to answer a question about what US daily oil consumption is. Energy analysts point out this SPR policy can’t work against an official move away from funding fossil fuel production; and the US threw some late sanctions against Nord Stream 2, reversing the previous reversal, which contributed to a surge in European energy prices too.

Meanwhile, the US ultra-cheap goods store, the Dollar Tree, is now the Dollar-Twenty-Five Tree due to rising inflation. This is at least a change from the deflationary spiral of dismal British ‘pound stores’ becoming ‘99p stores’ and ‘98p stores’ in the New Normal, as the ‘haves’ became ‘have yachts’: but I doubt the people who rely on shopping in them will see this as an upgrade.

Yet here are two labour market stories you, and markets, may have missed. First, the strike at John Deere has seen a six-year pay deal signed: workers get a 10% raise, and 5% in years three and five; a 3% bonus in years two, four, and six; an $8,500 signing bonus; a preserved pension option for new employees; and no-premium health insurance eligibility sooner. It may just be an outlier for those 10,000 workers, but it is the kind of deal that means you don’t need a dollar-twenty-five store….if the price of energy, food, and rent are under control.

Second, an informal US Twitter real-estate survey asking “Have you or someone you know used profits from crypto and/or NFTs to help with the down payment of a home purchase?” saw 385 votes, and *20%* of respondents indicate, yes, they had. Twitter is not the US public in user-numbers (37m) or tech-savvy (and ideological lunacy). But if just 2% of the US public have enough crypto/digital flatulence/penguins-in-sunglasses to contribute to a house down-payment, then it shows two things: we are getting two bubbles for the price of one; and the drop in the US labor force participation rate may be structural.

For the Fed, that could mean having to use a far larger bazooka: I don’t mean against asset bubbles, which Bazooka Joe was designed to blow – just the unruly workers. Ironically, crypto/NFTs could be a rallying banner for non-workers of the world to unite, using “fictitious” capital as the ultimate Marxist revolutionary tool against the late-stage financial-capitalist system. Lenin would certainly have approved of this destabilising race to the top/bottom given he argued “The best way to destroy the capitalist system is to debauch the currency.” Or produce new ones named after stomach infections. One can imagine if he was alive today, he would be Tweeting and trolling non-stop. And probably launching ‘Bolshie-coin’. Oh, the fun he and Musk would be having, in-between their plans for world domination!

On which note, India looks like it may finally act against crypto, or at least most of them, using a bazooka on the regulatory front. The US Senate wants answers from Tether about its business asap too.

Another bazooka belongs to J P Morgan CEO Jamie Dimon – who may have just fired it into his own foot. When your bank has just been allowed to own 100% of its China securities business at a time when the ideological shift to Common Prosperity sees official reposting of claims that “the capital market will no longer become a paradise for capitalists to get rich overnight,” your press office does not want to see Bloomberg headlines such as: ‘Dimon Says JPMorgan Is Likely to Outlast China’s Communist Party’. However, the CEO is quoted as quipping, “I made a joke the other day that the Communist Party is celebrating its 100th year – so is JPMorgan. I’d make a bet that we last longer….I can’t say that in China. They are probably listening anyway.” He will be here all week and is available for weddings and bar-mitzvahs: and Beijing is renowned for its sense of humor.

Dimon also added that while China’s unfair trade practices which the White House raises are valid, they ‘should have been addressed earlier,’ and the bank cannot leave countries just because it disagrees with a policy. Lenin would have fully expected to hear Wall Street say that given his view that “the capitalists will sell us the rope with which we will hang them.” Except today the capitalists no longer produce rope, so create complex mezzanine financing structures to channel you the money to buy it from those who still do. Lenin also argued that having one large State Bank to guide the economy was “nine tenths of the socialist apparatus…socialism is unthinkable without large-scale banking.” Which applies all over, if you are of the 37m people on US Twitter.

On a relatively much smaller scale, the RBNZ today hiked rates 25bp to 0.75% as expected, arguing that the employment level was “above the maximum sustainable level,” and not sounding too about the risks of “transitory” inflation becoming more generalised. How much more ammunition will they use, ask worried mortgage borrowers? More, “over time”, seems to be the general answer. At least NZD is not soaring – because USD is instead, showing us who has all the serious monetary artillery, even if they won’t necessarily use it.

Where finally, and more darkly, the US has sent two patrol boats to support the Ukrainian navy. However, they are of the not-enough-oil-barrels variety, both boats being a militarily token ‘Shooty McShootface’. On the other side, Moscow is allegedly encouraging the Russian population of the Ukrainian enclaves it already holds to sign up for military service and is releasing prisoners if they agree to do so; it is also using the same kind of diplomatic language as it did before moving against Georgia in 2008. As the ice hardens the ground (which better suits tanks, by the way), so attitudes seem to be matching.

In geopolitics, politics, economics, and markets, this is not the time for token popguns, whichever direction you think we should go on policy. Whether it is time for bazookas is open to question.