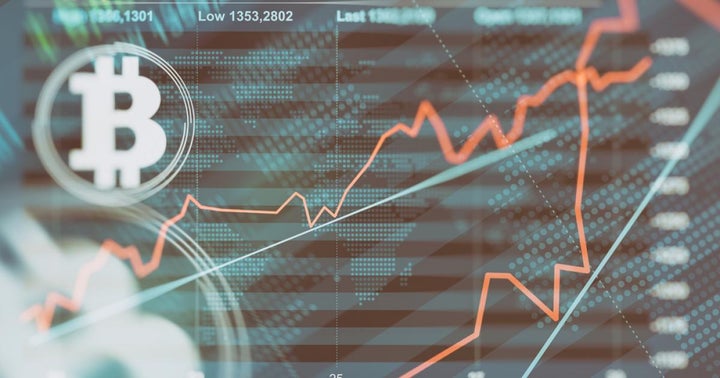 
U.S. Senator Kyrsten Sinema (D-AZ) has been happily hoovering up wads of crypto lobbying cash but those cutting the checks have so far yet to see much return on their investment.

Earlier this month, President Joe Biden signed the Infrastructure Investment and Jobs Act into law. Following its introduction this summer, the legislation prompted strong but ultimately futile pushback from the crypto community, which feared the act’s new financial reporting requirements on pretty much anyone or anything involved with the movement of digital currencies.

After the infrastructure bill was signed into law, Rep. Patrick McHenry (R-NC) introduced bill H.R.6006, the “Keep Innovation in America Act,” which aims to “amend the Internal Revenue Code of 1982 to clarify the definition of broker” as it applies to digital assets. The bill immediately attracted nine co-sponsors—a bipartisan mix of five Republicans and four Democrats—and has been referred to the House Committee on Ways and Means for further discussion.

The bill claims the reporting requirements detailed in the Infrastructure Act “require digital asset market participants to adhere to standards that are incompatible” with the operation of blockchain and digital assets. The bill therefore seeks to expunge blockchain “miners and validators, hardware and software developers, and protocol developers” from the definition of ‘brokers.’

The bill would limit the concept of a digital asset broker to “any person who (for consideration) stands ready in the ordinary course of a trade or business to effect sales of digital assets at the direction of their customers.’’

The bill also seeks to delay the new reporting requirements by two years, making it “apply to returns required to be filed and statements required to be furnished after December 31, 2025,” two years later than stipulated in the Infrastructure Act. The government has projected that the crypto provisions could raise $28b over a 10-year period.

Now how much would you pay?

Introducing bills isn’t the same as passing them, as the current gridlock in Congress amply demonstrates, so it remains to be seen if H.R.6006 will make it through the various House committees and survive a floor vote. However, should it survive the journey and move on to the Senate, it will likely find an ally in Sinema, who recently had a Damascene change of heart on the need to safeguard crypto bros from federal oversight.

Earlier this week, Daily Beast reporter Roger Sollenberger exposed the extent to which crypto concerns have been courting elected officials on Capitol Hill. Sinema, who was a member of the senatorial club that negotiated the Infrastructure Bill’s compromise text, reaped nearly $180,000 in Q3 from around 50 crypto individuals/entities, a significant chunk of the total funds Sinema raised in the three months ending September 30.

The bulk of this crypto cash was contributed at a fundraiser held in Menlo Park, California on July 25. Two weeks later, Sinema joined a bipartisan group of senators in announcing an amendment to the Infrastructure Bill’s crypto language that would “clarify the underlying text and ensure that those who are not acting as brokers will not be subject to the bill’s reporting requirements.”

Sadly, to paraphrase the owner of a once-popular Casablanca drinking establishment, the problems of an uneasy alliance of hedge funds and crypto bros don’t amount to a hill of beans in this crazy world. The crypto-friendly amendment was rejected by Congress, prompting much gnashing of teeth and rending of garments in cryptoville, and leading to this week’s patch-it bill in the House.

Among those who anted up big at Sinema’s July 25 cash bash were Cameron and Tyler Winklevoss, the twins behind the Gemini cryptocurrency exchange, who contributed a combined $11,600. Blockchain Capital CEO Paul Stephens gave $5,800, while Circle’s Jeremy Allaire provided a measly $500, apparently wanting to see what Sinema would do before reaching deeper into his pocket.

But a bevy of execs at Andreesen Horowitz/a16z Capital—which calls Menlo Park home—were the sweetest sugar daddies, providing Sinema with nearly $25k in combined contributions, about one-third of the night’s total haul. The event took place one month after a16z launched a $2.2 billion fund “to continue investing in crypto networks and the founders and teams building in this space.”

Support from the likes of a16z and the Winklevii isn’t all that surprising, as these parties have previously expressed opposition to any and all public efforts to rein in crypto’s excesses, particularly those that threaten any disruption to ‘number go up’ momentum.

Sinema is one of the most successful fundraisers in Congress, and she raised more money in Q3 than in any quarter since she was first elected to the Senate in 2018. That’s all the more impressive given the fact that she’s not up for re-election until 2024.

The Intercept recently revealed that Sinema has a part-time side-gig teaching a class at Arizona State University titled “Developing Grants and Fundraising.” Some of the tips Sinema reportedly offers her students are how to ‘cultivate … large individual donors’ through ‘opportunistic’ fundraising.

Weirdly, Sollenberger reported that a couple months after the shindig, Sinema paid the firm $10,000 for ‘event & catering.’ Robert Maguire, research director at the Citizens for Responsibility and Ethics in Washington (CREW) watchdog group, said “if the payment were for a fundraiser it would raise concerns about how she sees her role and whose interests she should have in mind.”

Reading about Sinema’s eagerness to lend an ear once wallets come out of back pockets, one can’t help but recall comments made by BTC maxi Max Keiser during a CNBC interview at the Bitcoin Miami conference this summer. While symbolically tearing up a $10 bill, the not-at-all-artificially-stimulated Keiser bellowed: “Do you know that with the Bitcoin I have I can buy any frickin’ senator or congressman I want? I make the laws! He who has the Bitcoin makes the laws!”

Keiser may not have been invited to Sinema’s Menlo Park shindig—possibly out of concerns that he’d launch into another profanity-laced tirade against Elon Musk or suddenly do a Tom Cruise leap onto the coffee table—but he’ll likely have plenty of other chances.

Crypto bros are relative newcomers to the lobbying scene, so they may not grasp that—like mafioso—politicians are smart enough not to bleed their marks dry all at once. There’s over a year to go before the crypto provisions of the Infrastructure Act kick in, which means a lot more fundraisers in which politicians can make promises they will soon forget. Now, how much can we put you down for?