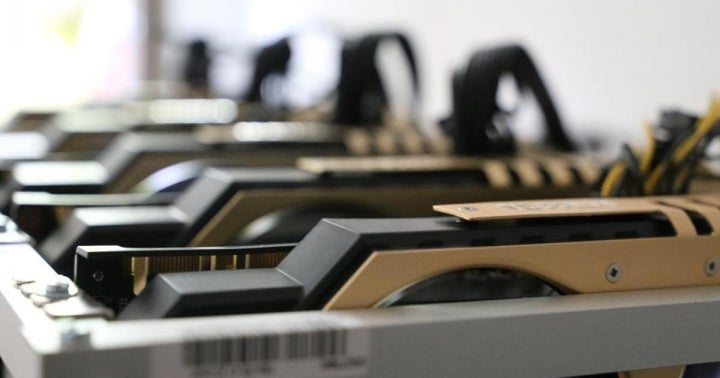 The announcement follows record second-quarter earnings Hive Blockchain printed on Nov. 16, where the company reported revenue of $52.6 million, which represents a 41% rise over the previous quarter and 305% over the same quarter the year prior.

The record-breaking announcements haven’t helped the stock, however, which has been trading in a downtrend since reaching a Nov. 5 high of $5.60. Hive Blockchain has been pressured downwards by Bitcoin and Ethereum as of late, which are trading down about 17% and 13%, respectively, from all-time highs. This may be set to end, however, because Hive is signalling bullish a trend change may be in the cards.

See Also: Will The Ethereum-Bitcoin ‘Flippening’ Happen During This Cycle? Here’s What The Chart Says

The Hive Blockchain Chart: Although Hive Blockchain has been trading in a consistent downtrend, with the last lower low printed on Nov. 18 at $3.67 and the most recent lower high created on Nov. 19 at $4.28. It has so far failed to make another lower low, however, which indicates the trend may be about to change.

The stock may be moving into a tightening range due to a lower trendline that has been propping it up since Hive Blockchain formed a bullish double bottom pattern on Sept. 29 and Sept. 30 at the $2.56 mark. If the trendline is recognized, Hive Blockchain may continue to ride upwards and eventually print a higher high, which would indicate an uptrend is likely to form.

On Wednesday, Hive Blockchain was working to print a bullish hammer candlestick on the daily chart. A hammer candlestick can be a powerful reversal signal, when found at the bottom of a downtrend but Friday’s price action will be needed for confirmation.

The downwards consolidation over the past 12 trading days has helped to cool Hive Blockchain’s relative strength index (RSI), which was running hot at about 73%. When a stock’s RSI nears or exceeds the 70% level it becomes overbought, which can be a sell signal for technical traders.

Hive Blockchain is trading below the eight-day and 21-day exponential moving averages (EMAs), but with the eight-day EMA trending above the 21-day, which indicates indecision. On Wednesday, the stock attempted to regain the 21-day EMA as support but failed and wicked from the level.

Want direct analysis? Find me in the BZ Pro lounge! Click here for a free trial