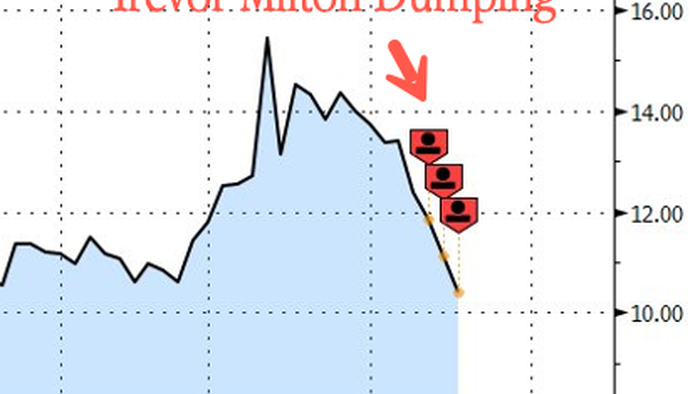 
Nikola’s Elon-Musk-Wannabe-Founder, Trevor Milton, has dumped stock in a series of transactions. The latest SEC filings show he’s disposed of approximately $300 million worth since August.

Milton is the former executive chairman and CEO of Nikola, the company that famously pushed the Nikola One prototype down a hill and filmed a promotional video saying the truck was operational. In September, he voluntarily stepped down from his roles as executive chairman and a member of its board after being charged with fraud in late July. He stands accused of three counts of fraud for lying about the operational capacity of the Nikola truck.

Since August, Milton has dumped a total of $284 million worth of stock. The first round of selling began in August, where he unloaded $153 million, and the latest round comes this month as he recently sold 11.7 million shares worth about $131 million.

Milton has turned to Elon Musk’s lawyers for help. He retained Terence Healy, who represented Musk when the SEC claimed he had committed securities fraud by faking an $80 billion buyout ($420 buyout) offer for Tesla.

It seems that Milton and Musk have several things in common. Both are feverishly dumping stock, and second, they share (or have shared) the same lawyer.