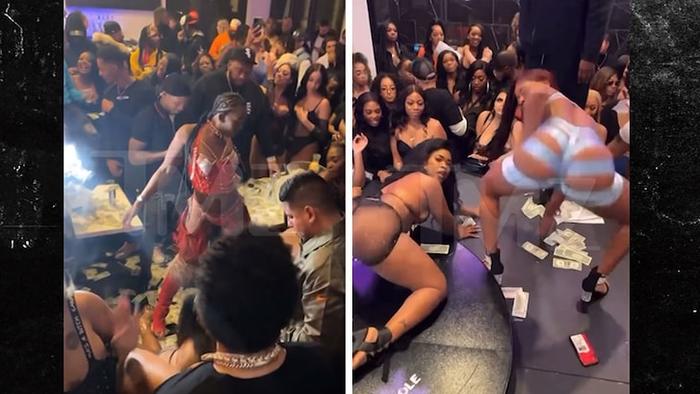 
As it turns out, while many employers are struggling to find workers, some jobs are still seeing huge demand from potential job-seekers.

And one of those jobs, as it turns out, is in the field of Las Vegas exotic dancer.

Now, keep in mind, strippers are known for traveling around the country, often on circuits as they move from town to town in search of fresh customers. But the other day, a strip club in Las Vegas was forced to cancel a planned audition as the local fire marshal feared an “Astroworld”-type situation.

According to TMZ, Club Ice, a new strip joint in Vegas, and its owners hosted open tryouts for dancers this week at the Blume Lounge on the outskirts of town. We’re told more than 1,000 girls signed up to strut their stuff.

However, the problem is that too many wannabe dancers (and wannabe patrons) crowded into the the Lounge, pushing from both the back and the front.

In a video obtained by TMZ, viewers can hear one of the event organizers telling everyone to take a step back to avoid a possible “Astroworld” crush situation. He can be heard yelling at the crowd “Y’all gonna try and trample each other. Y’all not gonna be suing me, talking about ‘I let y’all do this s**t.'”

Fortunately for the club owner, the Fire Marshall shut the whole thing down before it came to that.