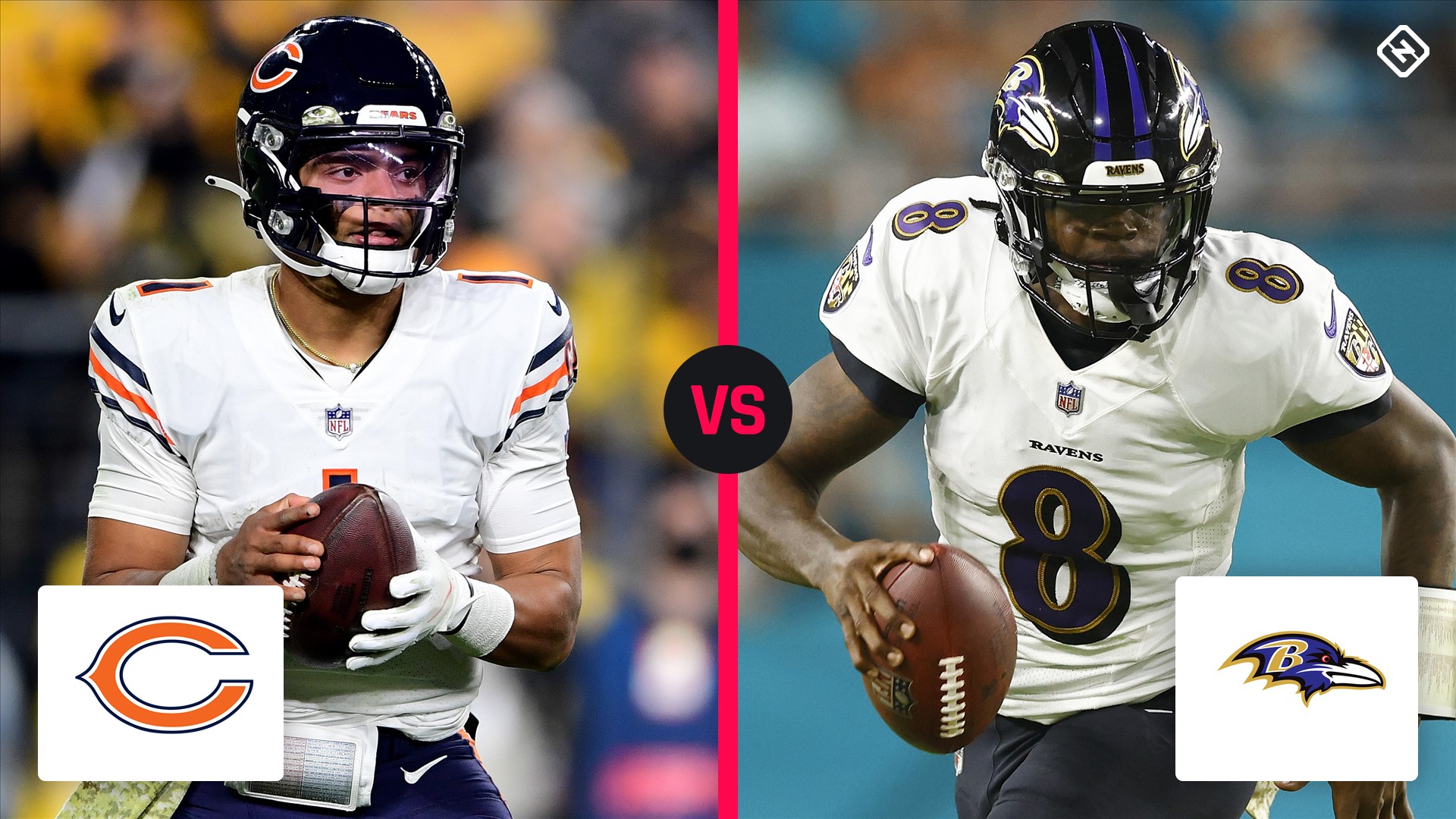 After a brutal Thursday Night Football loss to the Miami Dolphins in Week 10, the Baltimore Ravens look to rebound against the Chicago Bears. In a small solace, the Steelers tied with the Lions and the Browns were walloped by the Patriots last week, so the Ravens only lost half a game of ground to the Bengals, who were on a bye last week. The Bears, meanwhile, are coming off of a bye. They’re suddenly playing for something, although they’re 3-6, as the teams ahead of them in the NFC continue to falter.

The Bears have reason to be confident in Justin Fields moving forward. Though he’s had his stretches of struggle in every game he’s played in to this point, he’s coming off of the best drive of his career against the Steelers, a drive that concluded in a go-ahead touchdown on a gorgeous throw to Darnell Mooney. Although the Bears couldn’t hold onto that lead, the poise Fields showed was that of a quarterback who was settling into commanding his offense. All any team can ask of a rookie quarterback is growth, and Fields is looking like he’s on the come-up.

On the other side, Lamar Jackson needs no more establishment. Greg Roman’s offense is extremely well-catered to the quarterback, but he’s coming off of a horrific game against the Dolphins. While the statline doesn’t tell the whole story, Jackson was corralled by a blitz-happy Dolphins team that forced him to be uncomfortable. Perhaps the Bears will employ a similar strategy against a 6-3 Ravens team that has dropped two of three.

The Bears, meanwhile, have dropped four straight since a big win over the Las Vegas Raiders. Coming out of the bye, they’re looking to establish a run in the NFC. David Montgomery played in 85 percent of snaps against the Steelers, but he got just 15 touches. Look for the Bears to try to establish him more heading into Sunday’s game.

Here’s what you need to know to watch Ravens vs. Bears this Sunday, including kickoff time, TV channels, and the full Week 11 NFL schedule.

What channel is Bears vs. Ravens on today?

Bears vs. Ravens will be broadcast regionally on CBS affiliate channels in Week 11. As the marquee matchup, Jim Nantz and Tony Romo will be calling this game for CBS. Tracy Wolfson will be on the sidelines, for the A-team’s second straight early game.

You can find the Ravens’ away broadcast on SiriusXM channel 385, while the Bears’ home broadcast airs on channel 230.

In Canada, viewers can watch Bears vs. Ravens on DAZN, which includes every NFL game as part of a 30-day free trial.

Bears vs. Ravens is scheduled to start at 1 p.m. ET. Most of the United States will have this game early, with only local markets of early games not seeing Ravens-Bears early.