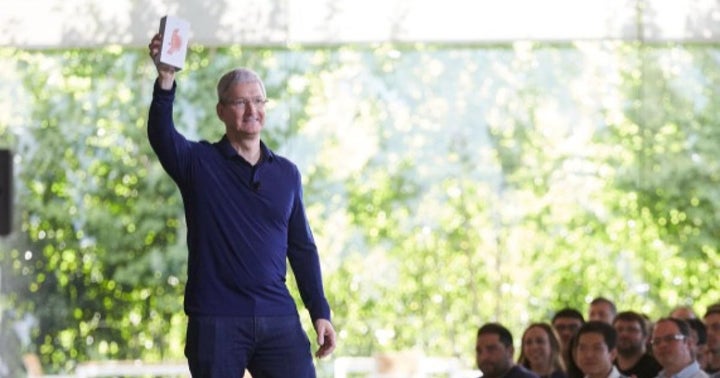 The CEO of one of the largest companies in the world announced he owns some cryptocurrencies but didn’t say which one or ones he owns. Benzinga took to Twitter Inc (NYSE:TWTR) to poll our followers.

What Happened: Apple Inc (NASDAQ:AAPL) CEO Tim Cook shared his thoughts on cryptocurrency in an interview with Andrew Ross Sorkin at the DealBook Conference.

“I’ve been invested in it for a while,” Cook said when asked if he owned any cryptocurrency.

Cook was asked if he owned any cryptocurrency, specifically Bitcoin (CRYPTO: BTC) or Ethereum (CRYPTO: ETH).

“I think it’s reasonable to own it as part of a diversified portfolio,” Cook said of cryptocurrency.

“I wouldn’t go invest in crypto, no because I wouldn’t invest my own money, but because I don’t think people buy Apple stock to get exposure to crypto.”

Cook also shared Apple does not have immediate plans to accept cryptocurrencies such as Bitcoin for products like Apple Pay.

Related Link: 5 Things You Might Not Know About Apple CEO Tim Cook

Benzinga Poll: Cook said he owned cryptocurrency but didn’t mention which one or ones he holds. This prompted Benzinga to poll our Twitter followers to see which cryptocurrency he owns the most.

“Which do you think he owns the most of?” Benzinga asked with Bitcoin, Ethereum, Dogecoin (CRYPTO: DOGE) and Shiba Inu (CRYPTO: SHIB) as the possible options.

Over 39,000 people voted and the results are as follows:

Apple CEO @tim_cook said he owns some Cryptocurrency. Which do you think he owns the most of? $BTC $ETH $DOGE $SHIB $AAPL | #dogecoin #shibainu

Popular cryptocurrency Shiba Inu won the poll and also made up the majority of response tweets to the original poll.

Bitcoin came in second place with 21.9% of the vote.