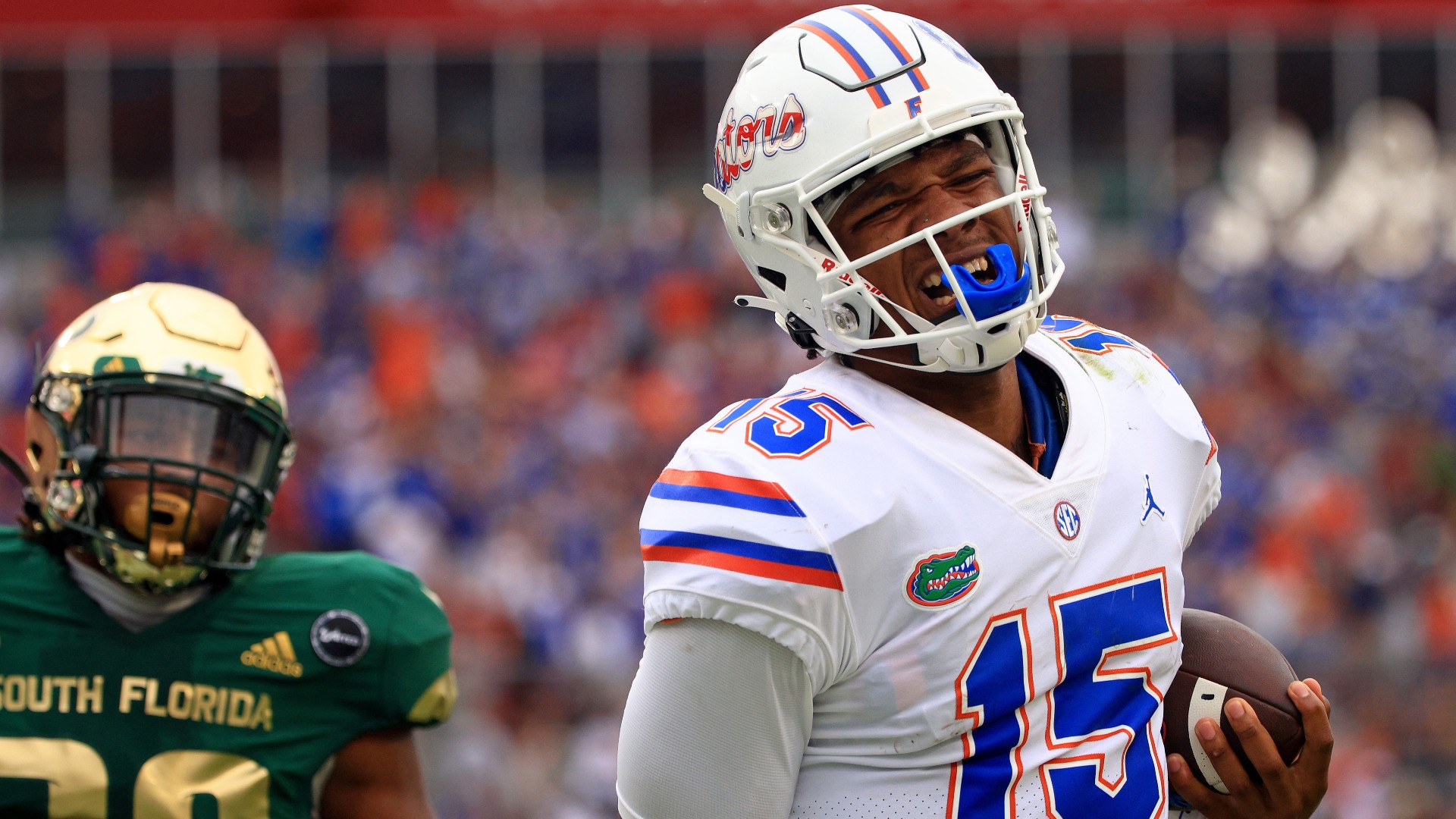 Anthony Richardson might not make his return for the Gators’ Week 11 matchup.

Coach Dan Mullen confirmed on Monday that the quarterback injured himself following the 40-17 loss to South Carolina while dancing in the team hotel. He reportedly was cleared to play on Thursday after suffering a concussion during the Gators’ 34-7 loss to Georgia. While he was suited up on the sideline on Saturday, Richardson didn’t step on the field.

Mullen also told reporters Richardson’s MRI examination “came back clean” and that “he’s fine,” but he was noticeably limping during Monday’s practice.

“He got cleared to practice Thursday for the concussion. So he only practiced Thursday then somehow he hurt his knee dancing Friday night,” Mullen told reporters during a press conference following Monday’s practice. “Then he did treatment all day Saturday but was fine to go play, could have played Saturday, but having not practiced, coming off a concussion, and with that he was going to emergency-only situation. Then he was gimping around earlier today, so we’ll see.”

MORE: College football picks, predictions against the spread for every Week 11 Top 25 game

MORE: When are the College Football Playoff rankings released?

Richardson was an effective weapon off the bench early in the season, and started against No. 1 Georgia ahead of Emory Jones. Richardson threw two interceptions against Georgia and both quarterbacks saw action in the blowout loss.

Back as the starter against South Carolina with Richardson out, Jones completed 17 of 30 passes for 258 yards with two touchdowns. He had a first half fumble that was returned for a touchdown and had an interception.

Florida (4-5) has Samford, Missouri and Florida State remaining in a season with was promising at first but has fallen apart with four losses in five games.