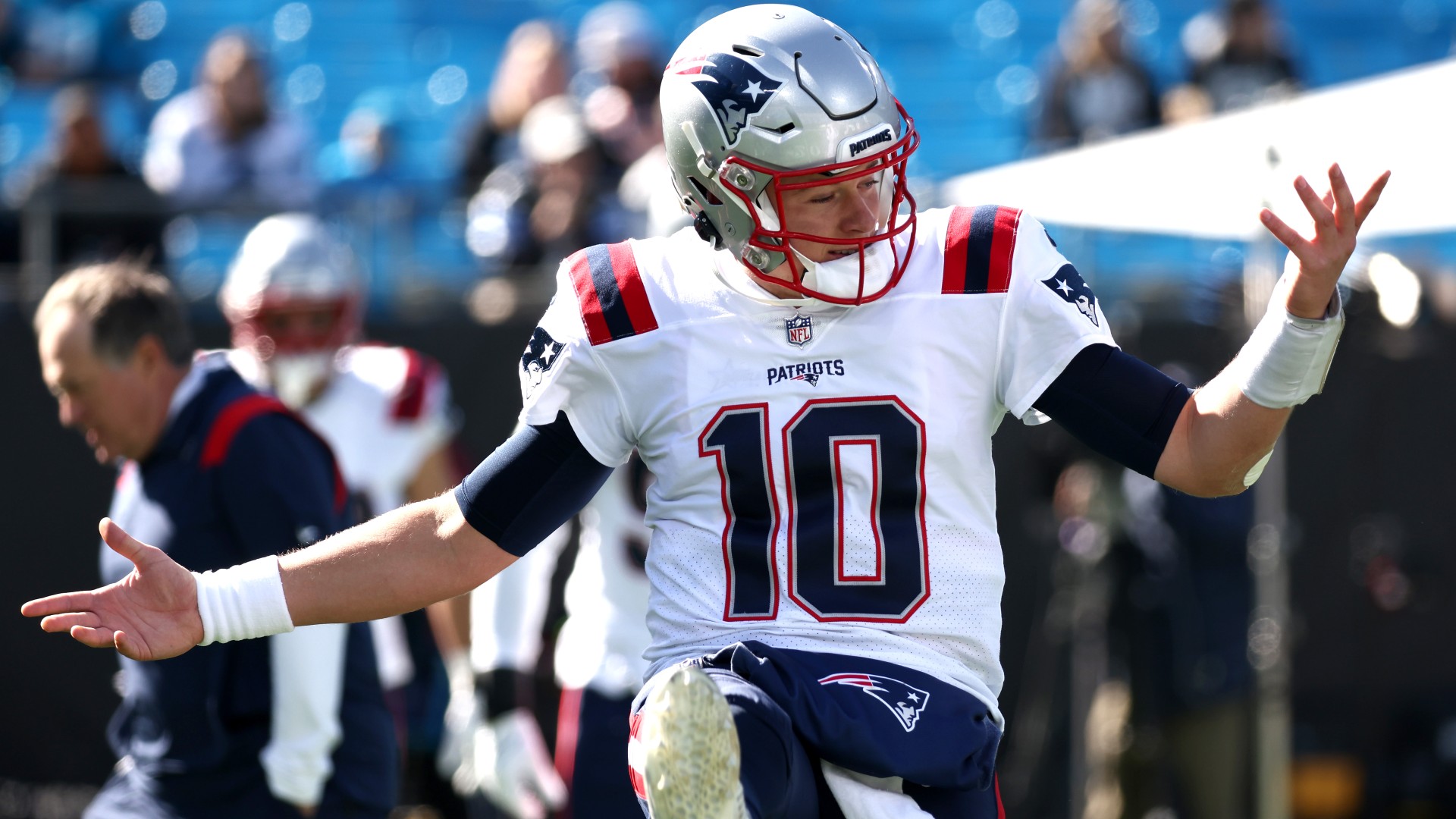 The Panthers were not happy with Patriots quarterback Mac Jones after the rookie made a play Carolina thought was “dirty.”

The play occurred in the first quarter of New England’s 24-6 win after Jones was strip-sacked by Panthers defensive end Brian Burns. Jones coughed up the ball and it fell to the ground behind him. As Burns tried to go after the ball, Jones grabbed hold of his ankle and refused to let go.

Burns tried to wriggle free but his leg twisted as a result of Jones’ hold. He came up limping after the play and had to be helped to the sideline.

Burns was able to return to the game but exited again in the fourth quarter with another ankle injury. While he is expected to be fine, his teammate, linebacker Haason Reddick, condemned Jones’ actions after the game.

“Definitely thought it was a dirty play,” Reddick told reporters. “I actually saw and witnessed the play while it was happening. At first, it felt like he was trying to trip or kick Burns. And the next thing you know I saw him tugging on Burns’ ankle. I thought it was completely dirty. Hopefully, it’s something the league addresses.”

Reddick was also upset with the officials as he believed a penalty should have been called on Jones.

Jones wasn’t asked about the play during his postgame press conference, so he didn’t address it. But Reddick is hoping that his criticism will bring Jones’ move to the NFL’s attention.

“For no penalty, nothing to be thrown, it’s egregious, I think it’s unfair. I really do hope the league addresses it.”