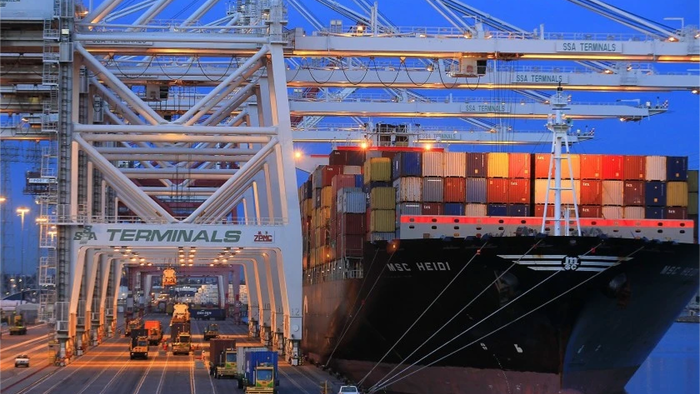 
Containerized shipping has become the ugly story of the chaotic supply chain facing U.S. importers and Chinese exporters. Seventy-five container ships are waiting outside southern California ports, and bottlenecks are expected to last through summer 2022.

According to Bloomberg, if port congestion is not alleviated by the middle of next year, unionized dockworkers could strike as their contract ends, complicating port congestion even further.

The expiration of about 15,000 West Coast dockworker contracts on July 1, 2022, will throw a massive wrench into the backlog of vessels and container congestion on land. When the International Longshore and Warehouse Union (ILWU) discussed contracts in 2014, West Coast ports faced months of slowdowns.

For the first time in a generation, laborers have gained the upper hand. Workers are demanding higher wages and more benefits, something employers are willing to do, but sometimes it takes a fight between unions and employers to negotiate the proper contracts. This takes time and could create a strike, such as what is happening with thousands of John Deere employees.

Contracts for dockworkers were set to expire at the end of 2019 but were extended to July 1, 2022, to avoid cargo disruptions for higher wages and better pensions. These dockworkers are employed at 29 West Coast ports, from Washington State to San Diego. Any unionized strike by these folks could be devastating for the U.S. economy since 40% of all containerized volume moves through the Port of Los Angeles and Port of Long Beach.

“With supply-chain congestion expected to continue well into next year, we are hopeful this cooperation can extend to the contract negotiations to take place between the PMA and ILWU,” PMA said in a statement.

“The interruption that they had the last negotiation was very horrible for the West Coast corridor,” said Danny Wan, executive director at the Port of Oakland. “I think it’s to everybody’s advantage — ILWU, PMA, the ports — that there will not be another interruption of service this time around.”

“I think it’s to everybody’s advantage — ILWU, PMA, the ports — that there will not be another interruption of service this time around.” Long Beach Executive Director Mario Cordero said he’s optimistic there won’t be a “repetition of what we’ve seen previously.”

The last episode between ILWU and PMA resulted in port congestion as union contracts were being hammered out. ILWU has the upper hand as power dynamics between workers and employers have changed. ILWU will likely be asking for higher pay and more benefits considering their workers are working overtime to counter the backlog of containers. If for, any reason, there’s a dispute, it could easily throw another wrench into port congestions.