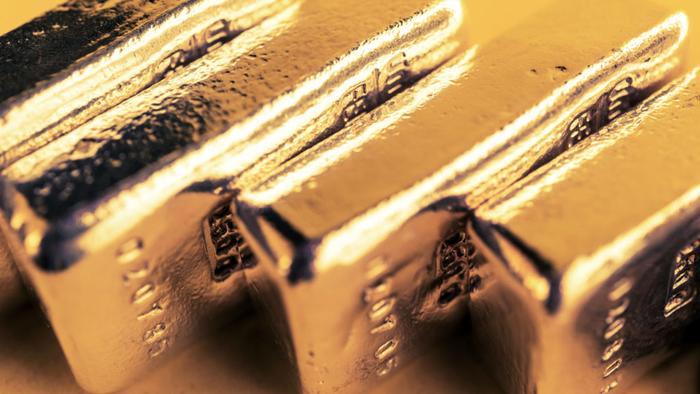 Gold has been rangebound of late, bouncing between $1,750 and $1,800 an ounce for several months. Given the inflationary environment, one would expect gold to be soaring. So, what’s going on with the yellow metal? And when will the price of gold go up? Peter Schiff tackled this question during a recent Q&A session on YouTube.

First, Peter pointed out that you have to step back and look at the big picture. If you go back to 2000, the price of gold was at the bottom of a 20-year bear market that began in 1980. That year, gold was at $850 an ounce — up from $35 an ounce when President Nixon slammed shut the cold window and eliminated the last vestige of the gold standard.

In the early 80s, Federal Reserve Chair Paul Volker went to war against the inflation of the 1970s, pushing interest rates to 20%. That saved the dollar and brought the price of gold down.

Since then, the price has pulled back below $1,800. It’s been stuck in that range as investors have anticipated the Federal Reserve will step in and tighten monetary policy to deal with the rising inflationary pressure.

But if you look at what’s been happening to the price of gold so far this century, this millennium even, it’s been pretty strong.”

The meteoric rise (and dips) in bitcoin have perhaps skewed expectations.

Gold is not going to act like bitcoin. It’s a real asset, and it’s a real market. And it’s not going to have that kind of parabolic move. Unless, of course, you have a complete implosion of the dollar, which is certainly not off the table as far as what may happen in the future. But, if that’s the case, it’s really not the price of gold going up. It’s just the value of the dollar going down.”

Looking ahead, Peter said he expects the price of gold to resume its upward trend and move much higher than $2,000 an ounce as people begin the digest the enormity of the economic problems that exist.

As they come to terms with the fact that inflation is not only not transitory, it’s here to stay. It’s going to get much worse. And the Fed can’t do anything about it, at least not that they’re willing to do without creating another financial crisis, which they won’t do. And even if they inadvertently created a financial crisis, we already know what their response would be — it would be more inflation. They would print more money. They would bail everybody out. And so ultimately, that’s going to be positive for gold as well.”

Peter said people just have to be patient when it comes to the price of gold.

But the direction is already clear. And that’s up. And it’s been going up for some time.”