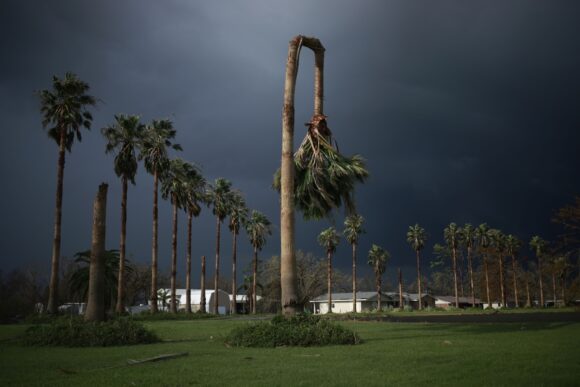 
This year’s hurricane season started out as one of the most prolific in the modern era. Then suddenly, in October, the storms stopped.

As of Friday, the Atlantic hasn’t produced a single new tropical storm in a month. Such a late-season pause has only occurred two other times since 1995, the so-called active era when storm activity picked up significantly.

It’s good news for anyone living on the East Coast of the U.S., which tends to bear the brunt of the hurricanes that form in October. Even better, the end of hurricane season is near, with the risk of storms abating significantly after November.

This year kicked off with Tropical Storm Ana on May 22 and suddenly halted after Victor, which spun up across the central Atlantic on September 29. Between the two, 20 storms have been named, more than any year since 1851 except for three.

No major (Category 3+) #hurricanes/typhoons have formed globally since Sam and Mindulle on September 25. Only one other time since 1950 has the globe had no major hurricane formations between September 26 – October 28: 1977. pic.twitter.com/exalfP6ZaS

The lull in the Atlantic over the past month has had a number of causes.

The atmosphere above the tropical Atlantic has been dry, robbing budding storms of moisture, which is an important building block.

Also, there’s been abundant wind shear, which are crosswinds that blow at varying altitudes and knock storms off balance or scuttle them before they can fully form. The shear weakened large waves coming from Africa — which are the seeds that can sprout into hurricanes, Klotzbach said.

Lastly, a weather pattern known as the Madden-Julian Oscillation hasn’t had much influence lately, Klotzbach said. These rolling waves of thunderstorms and unsettled weather circle the globe, and if the ripple in the atmosphere is in the right place, it can touch off an explosion of storms across the Atlantic. If it’s not, which is the case now, calmer weather prevails.

The last few years have been an active time for hurricanes, mainly due to rising temperatures of Atlantic waters, as well as changes in storm naming conventions and better technology for discovering them. In the first decades of the 21st century, the average season consisted of 11 storms. Officials now count 14 storms as a typical year.

Hurricanes are also forming earlier than they have historically. U.S. and international authorities are considering moving up the official start of the Atlantic season by two weeks to May 15, because so many more storms are forming then.

As October transitions into November, the final official month of storm season, bigger changes in weather patterns across North America will end the threat for off-shore oil and natural gas facilities.

Storms rarely touch the northwest corner of the Gulf of Mexico after about mid-October, where most of those facilities are, said Jim Rouiller, lead forecaster at the Energy Weather Group.

In the Northern Hemisphere winter, cooling water, increased wind shear and changing weather patterns leads storm activity in the Atlantic to quiet down until spring.