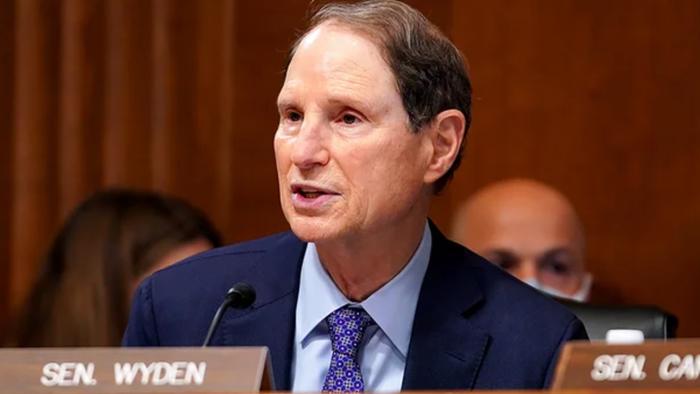 
Earlier this week, Treasury Secretary Janet Yellen (and a handful of her fellow Democrats in the Senate) announced their intentions to help fund President Biden’s ‘Build Back Better’ agenda with a new tax on unrealized capital gains for the wealthiest Americans. The event led to this widely viewed clip of Yellen explaining that the tax on “extremely liquid assets” would only apply to the wealthiest Americans during an interview with CNN’s state of the Union.

We later learned that Democrats were setting their sights on $5 trillion of billionaire wealth extraction, something that would move the US closer to AOC’s stated goal of eliminating billionaires.

So overnight, Sen. Ron Wyden, the chairman of the Senate Finance Committee (which is, by the way, different from the Senate Banking Committee) released the much anticipated details of the tax on unrealized capital gains for billionaires as Democrats are working on how they will raise enough taxes to offset the spending in particularly the second part of Biden’s ‘BBB’ plan which involves a massive expansion of the American social safety net, among other Dem agenda items.

Notably, this is the second major tax proposal Wyden has released in recent days, following a proposal for a minimum tax on corporate profits (something that has become a global priority for Democrats).

Wyden claimed, much like Yellen did, that billionaires are “hiding” assets by simply not selling them and passing them down to their heirs, and implied that this act of generational wealth transfer is inherently “unfair”.

“We have a historic opportunity with the Billionaires Income Tax to restore fairness to our tax code, and fund critical investments in American families,” Wyden said in a statement.

For highly liquid investments, such as stocks, applicable taxpayers would pay taxes on gains, or claim deductions (if they ended up with a portfolio-wide loss) annually. Billionaires would be able to carry forward losses, or carry back losses for three years in some circumstances.

For non-liquid assets like real-estate, billionaires would not pay taxes annually on the gains but would pay a charge, on top of regular capital gains taxes, when they sell the assets.

Readers can find the entire 100+ page proposal below:

If you, dear reader, have the time, feel free to read it: because it’s not like too many Congressional Dems will even bother.