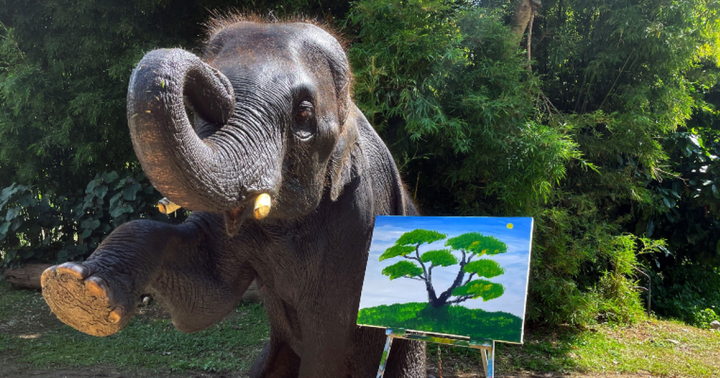 Move over, Banksy, because there is a new star in the art world: Tunwa the Elephant has become the latest (and largest) visual artist whose work will go on sale as non-fungible tokens (NFTs) via the OpenSea platform.

What Happened: The seven-year-old Tunwa lives at the Maetaeng Elephant Park & Clinic in Chiang Mai, Thailand, and he has created a series of landscape paintings that have sold through Maetaeng’s Elephant Art project.

For the NFT release, which opens for bids on Oct. 28 at 9:30 a.m. ET and concludes Nov. 4 at 12 p.m. ET, a Tunwa NFT painting called “Tree of Life” will be for sale. The highest bidder in the NFT will also receive Tunwa’s physical painting on canvas along with photos and video from the time of creation and a QR code certificate of authenticity of the work.

Why It Matters: “As opposed to the thousands of offerings available on the NFT-market, we believe that Tunwa’s painting is a solid investment for any investor who is looking for something so valuable and rare that it’s almost impossible to describe — some say even priceless,” said Dwain Schenck, co-head of BitTrunks, the NFT-branch of Elephant Art Online.

Schenck noted that a portion of the proceeds from the sale will assist in the conservation of the elephants living at the Thai park where Tunwa creates his artwork.

Asia’s elephants are an endangered species, and in Thailand the numbers are especially precarious: an estimated 3,000 to 4,000 elephants remain in that country, according to the nonprofit Elephant Nature Park, down from more than 100,000 at the start of the 20th century. Roughly half of Thailand’s elephants are domesticated and the remainder live in the country’s national parks reserves.

Photo: Tunwa and one of his paintings, courtesy of BitTrunks.