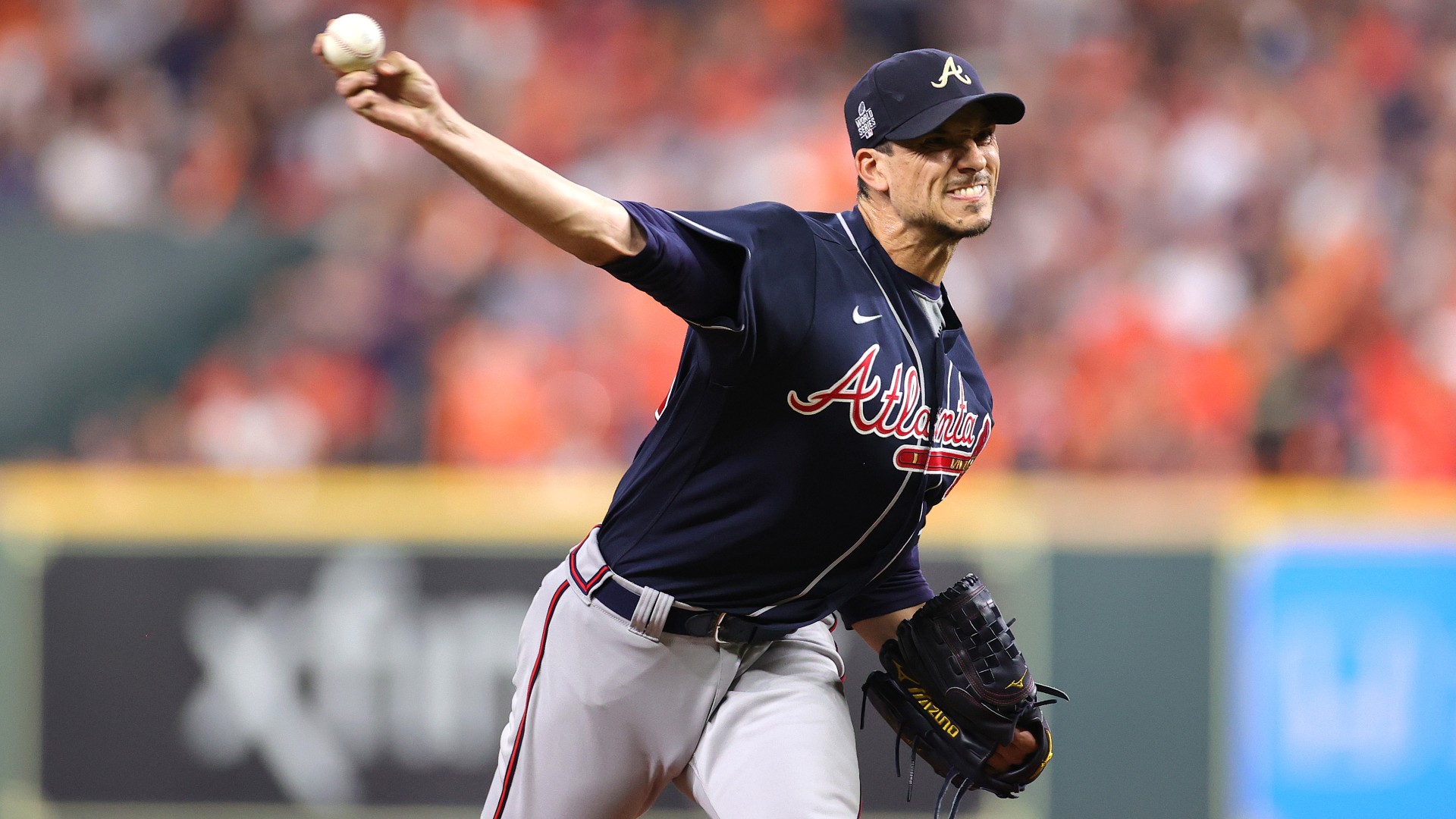 On the surface, Charlie Morton’s stats from Game 1 of the World Series may not look too impressive. The Braves’ starter didn’t allow a run in Atlanta’s 6-2 win over the Astros, but he threw just 44 pitches over 2 1/3 innings during the contest.

However, the numbers don’t tell the full story. Morton suffered an injury in the second inning of that game after Yuli Gurriel hit a 102 mph ground ball off his lower right leg.

Despite this, Morton remained in the game to face the next three Astros batters. He threw 16 pitches before exiting the game. The Braves later confirmed that Morton was dealing with a fractured fibula, though it’s unclear whether he suffered the fracture on the play against Gurriel or later while delivering another pitch.

Either way, Morton played through some pain. Still, he couldn’t help but apologize after being knocked out of the game — and the rest of the series — with the injury.

“And if that doesn’t tell you everything you need to know about Charlie Morton,” Morton’s teammate Freddie Freeman told ESPN, “I’m not sure what does.”

Just how was Morton able to stay in the game? Here’s a look at his performance against the three batters he faced before a broken leg knocked him out of action.

FAGAN: Charlie Morton adds to legacy, but how will Braves replace him?

Morton showed no issues against the first batter he faced following his injury. Astros rookie Chas McCormick stepped to the plate and Morton was able to get him out in fairly short order.

McCormick fouled off the first pitch from Morton and took a ball before Morton unleashed a couple of perfectly thrown curveballs to generate swings and misses from McCormick. The pitches traveled at 81 and 82 mph respectively and were located in the bottom third of the strike zone.

Both pitches were strikes and McCormick had to swing at them. He couldn’t get the barrel to the ball, swinging over the late-plunging pitch twice to complete a four-pitch strikeout.

Charlie Morton gets Martin Maldonado to line out

Next up for Morton was a battle with catcher Martin Maldonado, who entered the plate appearance with a .069 batting average. Morton barely missed the strike zone with his first two pitches — a fastball slightly high and outside and a changeup that was a bit low — before working his way back into the count.

The final pitch of the at-bat was a sinker on the outside part of the plate. It came in at 95 mph, marking the fastest pitch Morton threw after breaking his leg. Maldonado made contact with it and hit a hard line drive right to Gold Glove first baseman, Freddie Freeman. That ended the second inning.

Morton carried a slight limp into the dugout between innings, per USA TODAY, and told catcher Travis d’Arnaud, “That one got me good.” Despite that, he returned to the game for the top of the third inning to face his final batter: Jose Altuve.

“It’s incredible that he even like thought of going out there,” d’Arnaud said. “I bet you it was so A.J. [Minter] could have some more time to get ready. He sacrificed himself.”

Morton largely kept his hard stuff away from Altuve on the play. All three of the pitches that clock in at 94 mph were on the outside part of the plate. Two were balls while another was fouled off by Altuve.

However, Morton’s off-speed stuff came on the lower, inside portion of the plate. That’s normally one of Altuve’s sweet spots, but the change in pitch speeds kept him off-balance. He let the first pitch go for a strike and fouled off the third pitch.

Altuve’s at-bat culminated in a strikeout. He was caught looking at a nasty curve from Morton that traveled only at 80 mph and just graved the bottom of the strike zone. Altuve just couldn’t pull the trigger on it.

Morton would exit the game shortly thereafter following a visit from the trainer. He totaled 11 strikes on the 16 pitches after the initial shot to his leg and struck out two batters, including one of the best hitters in baseball.

And his gutty performance left his teammates impressed.

“To go out and strike out the next guy on a broken leg blows my mind,” d’Arnaud said.