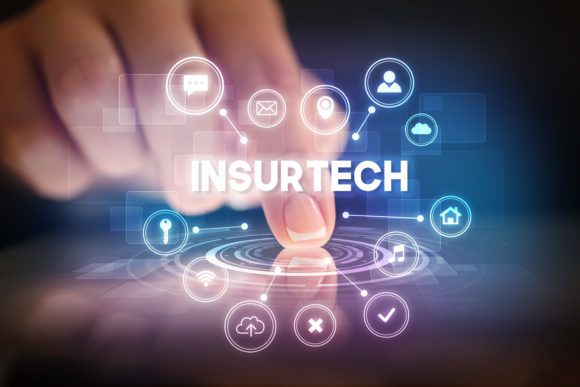 While global investment in insurtechs continues to rise, not all insurtechs are benefitting. Rather, much of the funding is focused on a relatively few startups.

For example, in the second quarter, more than two-thirds of the total capital raised went into 15 deals, according to Dr. Andrew Johnston, global head of Insurtech at Willis Re.

“The continuing escalation of insurtech funding does not mean that venture and growth capital is available to most or even many insurtechs. The growth of global insurtech investment over the past decade has been significant, but the stark pattern is a concentration of the much for the few,” said Johnston in commenting on the latest Quarterly InsurTech Briefing from Willis Towers Watson.

Johnston said roughly 0.5% of the world’s insurtechs shared $3.3 billion, while $1.5 billion was distributed between another 147. “Funding was zero for the remaining 95%,” he added.

“Generally speaking, deal count and volume continue to rise consistently on a quarterly basis; however, this is possibly where the good news for the majority of insurtech businesses ends. If we scratch away at the figures a little more, we can quite clearly see that a significant amount of the capital raised on a quarterly basis is arriving at the doorsteps of the few,” the briefing says.

The report finds reason to be concerned not only about the trend of a relatively few getting the bulk of funding but also of the trend of some over-valued insurtechs going public. Many insurtechs look for a big capital rise prior to going public to achieve unicorn status (a valuation over $1 billion). According to Willis, there were four insurtech unicorns created in 2018, five in 2019, five in 2020 and eight so far in 2021. Thus in total, there could be 24 insurtech unicorns in existence now.

This latest analysis from Willis notes that many of the most highly valued insurtechs are risk-originating businesses. Meanwhile, many hundreds of insurtechs focused on distribution and business-to-business (B2B) software “are unlikely to achieve the types of elevated company valuations that their carrier-model insurtech cousins are commanding (at the moment).”

The authors express concern about this trend. “One cannot help but think that this current trend of overvalued businesses going public might not actually be a blessing at all. Will some of these underwhelming insurtechs ultimately jeopardize our overall view of technology as it continues to come into our industry? Will they be the heat that dries up investment funding that should actually be looking for a better home? Only time will tell, but one thing is for sure: The vast majority of insurtech businesses are unlikely to receive many of the dollars that dominate most insurtech news stories.”

Overall, global investment into the insurtech sector has reached new highs this year, with a record-breaking US$10.5 billion raised during the first three quarters of the year, according to the report. With three months left to go, 2021 is now only $12 million short of the total invested into insurtechs globally in 2018 and 2019 combined.

The latest quarter saw 113 deals yield more than $3.1 billion in investment, a 23% increase over the third quarter of 2020. It was the second-largest funding quarter on record. Deal numbers were up only 9% year-on-year, but the number of mega-rounds of $100+ million reached 11 and accounted for more than half of total funding (down from nearly 70% in Q2, 2021, a quarter that broke nearly every record). Two of the three largest deals were with cyber-related insurtechs: Coalition ($205 million) and At-Bay ($185 million).

Early-stage startups raised a record-breaking $630 million, as their average deal size grew to nearly $12 million. The share of seed and angel rounds fell dramatically, however, to just 19%, its lowest point since Q2, 2020. Conversely, Series A deal count nearly doubled to 31% of deals.

The report’s analysis of third quarter results further shows that the number of mega-rounds being done per quarter is generally on the rise. At the same time, each individual mega-round deal represents a steadily decreasing percentage of total mega-round activity, and the continued trend is for more than 50% of quarterly funding to be concentrated into just a handful of deals.

The share of U.S.-domiciled investment targets rebounded to nearly 46%, an increase of roughly seven points from the previous quarter, but countries including Indonesia, Sweden, South Africa, Singapore, and the UAE saw quarter-on-quarter increases in deal activity.