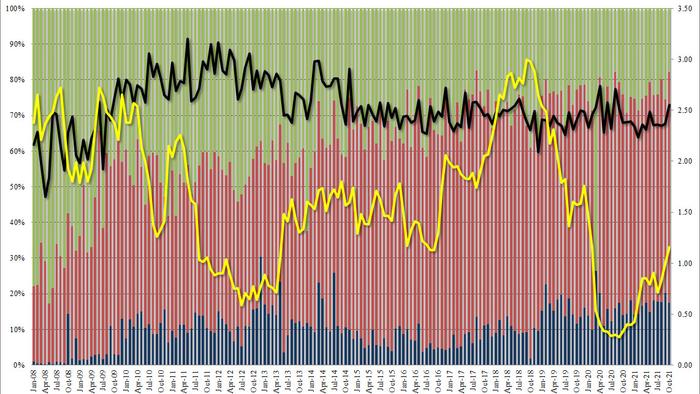 
Similar to yesterday’s stellar 2Y auction, which many were worried would see a drop in demand only to be silenced by the burst in demand due to a furious scramble for physical paper on the back of a record front-end short (which we previewed earlier in the week), so a quick look at just how special the 5Y TSY had become ahead of today’s $61BN 5Y auction hinted that we would see another blockbuster sale.

That’s precisely what happened moments ago when the Treasury announced that demand for today’s 5Y auction was absolutely off the charts.

Overall, a spectacular auction and even stronger than yesterday’s blockbuster 2Y, but not because traders want to be long bonds per se, but simply because they are scrambling to find physical to deliver for existing short position.

Not surprisingly, news of the stellar auction sent the 5Y to new session lows…

… with the 10Y and 30Y also plumbing daily lows as traders brace for the Fed’s next policy error, and prepare to invert the curve.