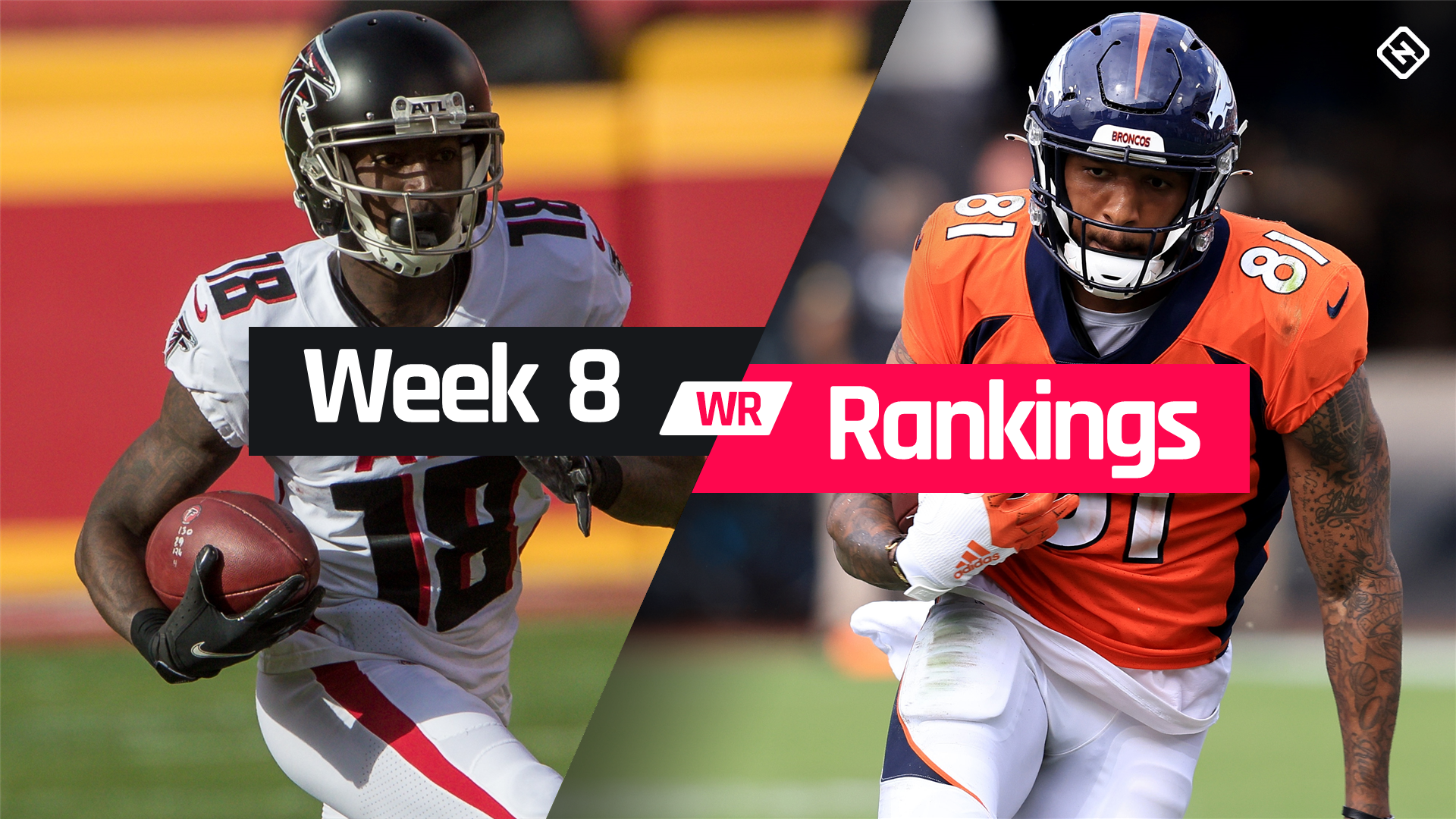 The wide receiver position is known for its volatility, so naturally, you’ll be highly disappointed by at least one of your WRs some weeks. Other times, a nuclear performance can win you a week. Look no further than Tyreek Hill this season as an example. There a just a handful of WRs that have sky-high ceilings, but mid-tier guys can also be highly productive. As always, we look at factors like matchups, target shares, and red-zone targets to form our Week 8 fantasy WR rankings and help you find all the studs and sleepers.

With the Ravens and Raiders on a bye, Marquise Brown is the only top-level WR that we’ll be missing. Henry Ruggs and Hunter Renfrow have had their value this season and Rashod Bateman looks like he’s breakout, but none of those guys are irreplaceable. Fortunately, we’ll be welcoming back WR duos from the Vikings, Chargers, and Cowboys, as well as some other productive guys like Emmanuel Sanders and Diontae Johnson, who were on bye last week.

It also sounds like Jerry Jeudy (ankle) and Michael Gallup (calf) will be coming off IR and playing for the first time since Week 1. Should you start them right away? With Gallup facing the Vikings and Jeudy facing Washington, the answer is a resounding “yes” for both. Both present some obvious risks, but both are in positions to produce at least WR3 numbers right away.

Emmanuel Sanders and Coley Beasley (vs. Dolphins), Marquez Callaway (vs. Buccaneers), T.Y Hilton and Michael Pittman (vs. Titans), and Tim Patrick (vs. Washington) are players on the start-or-sit bubble that look especially attractive in standard leagues this week, though Hilton (quad) and Patrick (return of Jeudy) have some concerns. None of them are locks to command a ton of targets, but they are deep threats with promising touchdown potential. All of them are set to face some of the worst defenses against fantasy WRs and can be trusted in flex spots. We have Sanders ranked the highest this week, sitting as a low-end WR2.

We’re also cautiously optimistic about Mecole Hardman (@ Giants), both Livaska Shenault and Marvin Jones (@ Seahawks), and Robby Anderson (@ Falcons), thanks to their favorable matchups. Obviously, these are all boom-or-bust players, though (as we saw with Hardman and Anderson last week in favorable matchups), so tread carefully.

Jakobi Meyers (@ Chargers) is already a borderline play in standard leagues, and Los Angeles is the best defense against fantasy WRs, and they are coming off of a bye. Jaylen Waddle (@ Bills) and, if active, DeVante Parker (@ Bills) are also concerning, as it wouldn’t be too surprising to see this entire Miami offense get shut down facing the Bills, who also come off a bye week. Tee Higgins (@ Jets) and Tyler Boyd (@ Jets) should be viewed with caution, too. Yes, the Jets are awful, but their defense has been decent against. Even if the Bengals win big, it could just be Ja’Marr Chase doing the receiving work and Joe Mixon running out the clock. Jarvis Landry and Odell Beckham (@ Steelers) get decent matchups on paper, but it’s tough to fully trust either given the run-heavy nature of the banged-up Browns offense.

We’ll have the monitor the status of Kadarius Toney (ankle), Sterling Shepard (hamstring), and Kenny Golladay (knee) because the matchup with Kansas City could bode well for all this week. They’ll draw plenty of flex appeal if they can suit up, and they’ll have one extra day to get ready since they play on Monday Night Football. If one, two, or all three are out, Darius Slayton and maybe even Dante Pettis would be in play.

Congratulations on surviving the bye week of all bye-weeks in Week 7, but just because your studs are back doesn’t mean you should stop searching for under-the-radar value and sleepers in Week 8.

Note: We’ll be updating these WR rankings as needed throughout the week, so check back for the latest changes and analysis.

​Fantasy WR Rankings Week 8: Who to start at wide receiver

Rankings based on standard, non-PPR scoring