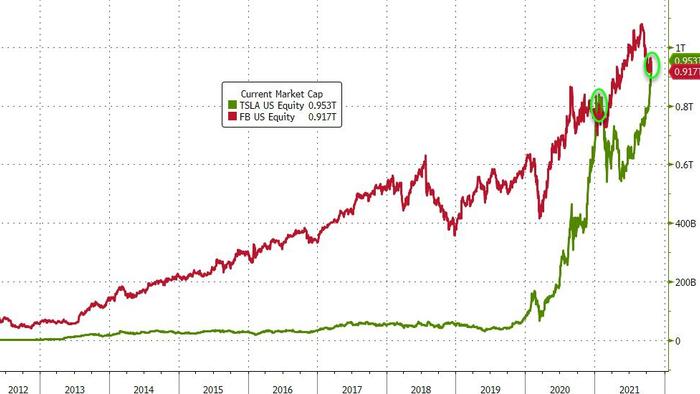 
With Facebook suffering from a PR crisis (as whistleblowers expose the reality that conservative commentators have been called conspiracy theorists about for months), Tesla is rocketing to record highs on a slew of positive headlines (and upgrades).

And that leaves Elon Musk dominating Amazon’s Jeff Bezos as the world’s richest man, becoming the first to top the stunning $250 billion net worth level…

We are sure Liz Warren et al. will have something to say about that!!