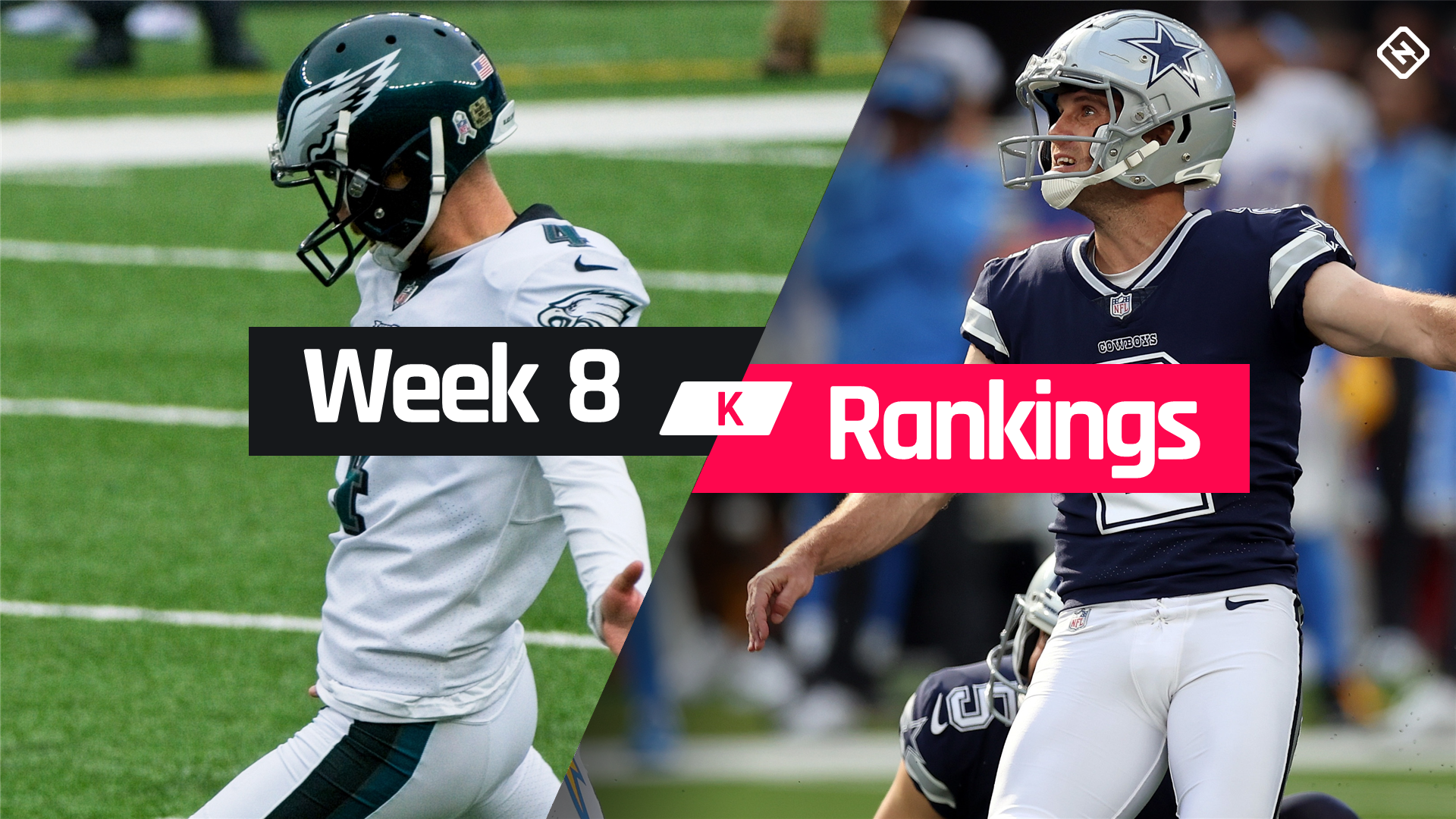 Welcome to the annual “Should you drop Justin Tucker on his bye week?” week. It’s been a yearly fantasy football tradition for close to decade now, and owners far and wide have debated it with much vigor. Well, not really, but either way, Tucker is missing from our Week 8 fantasy kicker rankings, and he’s not the only top-notch leg that’s taking some scheduled PTO this week. Tucker is joined on the sidelines by Vegas’s Daniel Carlson, which means there should be two owners in every league heading to the free agent (not waiver) wire to find a streamer.

Before we get into potential replacements, let’s settle it once and for all: Unless your starting lineup is absolutely set and you have a roster spot to play with — either because of injury or another weird reason — you should drop both Tucker and Carlson. As much as it might pain you to see them on someone else’s team, carrying multiple kickers is wasteful. There are always players with more potential value, whether they’re handcuffs or bye-week fill-ins for later in the season. Who knows? Maybe you’ll get Tucker or Carlson back as a free agent next week. If others in your league wants to use a waiver claim on them, let them.

This week, some of the top widely available replacement options when looking at matchups include Jake Elliott (@ Lions), Evan McPherson (@ Jets), Chase McLaughlin (vs. Steelers), Greg Joseph (vs. Cowboys), and possibly even Matthew Wright (@ Seahawks). Elliott and Joseph are particularly nice options because they’re playing indoors.

Of course, you could also just flip a coin and grab anyone off the waiver wire and you might get a four-FG week like Detroit’s Austin Seibert produced last week. That’s how this position works sometimes. As we get deeper into the fall and the weather continues to get uglier, kicker will become even more volatile. You’ll get scared of a bad forecast and swap someone out only to watch him have 12-plus points. Or, you’ll stick with a guy only to watch him get one FG and one PAT attempt. You know how it goes, and it’s not fun.

Perhaps that’s why it’s so tough to give up on someone like Tucker or even Carlson, who plays his home games indoors. You know how reliable they are, and you don’t want to lose that. We get it…but, nah, it’s kicker. Get over it, play matchups, or wait until the next good kicker is dropped because of byes and snatch him up. You’ll be fine.

Note: We’ll update these kicker rankings as needed throughout the week, so check back for the latest player movement.