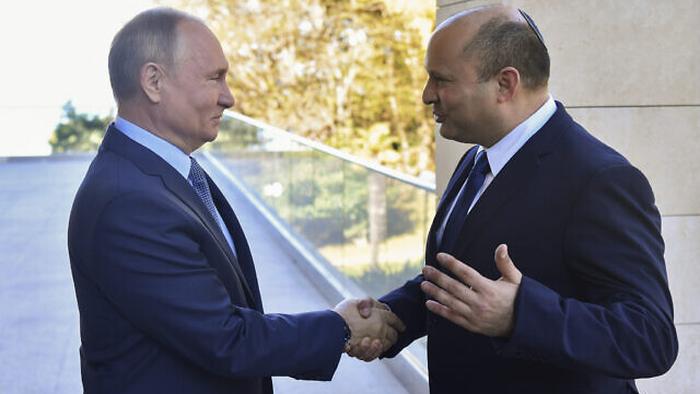 Israel likes to attack Syria, and while officials will mostly claim it’s about Iran, such strikes continue with alarming regularity, the only pause being when Israel is unsure if Russia is still comfortable with them.

This summer Russia suggested they wanted to slow down Israel’s attacks, but on Friday Israel’s Housing Minister reported that they’ve come to an understanding whereby Putin will keep a deconfliction mechanism in place, and allow Israel to strike Syria with no response.

Details are not offered, as Israel tries to spin this as them getting everything they wanted at no cost. Russia has long had conditions on Israel’s attacks, however, and its unlikely that those aren’t still in place.

In particular, Russia has long warned Israel to keep its warplanes away from Russian bases, and that’s likely still part of the understanding. Russia has also been bolstering Syrian air defenses, a process which may be ongoing.

The Israeli official who described the aftermath of the Friday talks between PM Naftali Bennett and President Vladimir Putin was quoted in The Times of Israel as follows:

There were “very wide” talks regarding the situation in Syria aimed at “safeguarding the coordination mechanism,” Elkin said.

“The prime minister presented his world view on ways to stop Iran’s nuclear drive and Iran’s entrenchment in Syria,” he said in a statement. “It was decided to keep policies vis-à-vis Russia in place (regarding airstrikes in Syrian territory.)”

With a public imprimatur, Israel will probably increase strikes once again, though as in the past this is likely to mostly involve targeting Shi’ite militias.