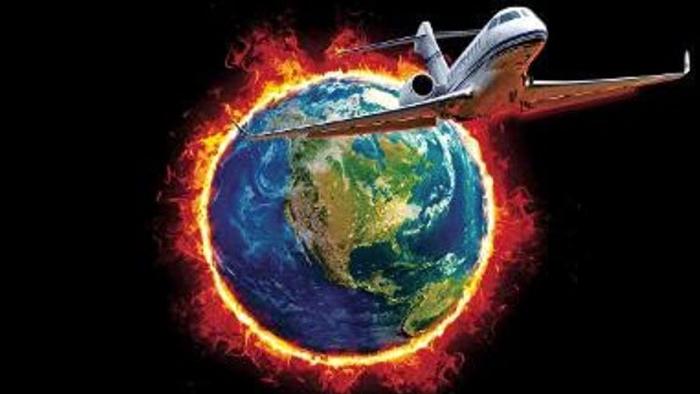 
Authored by Kenneth Rapoza via InsideSources.com,

In ten seconds, tell me who Davos Man would pick if they had to choose a side: The United States, or China?

My money is on them picking China. And here’s why.

It became clear to me in January 2017. Xi Jinping was invited to the World Economic Forum in Davos, Switzerland. His invite was an overt backlash against new President Donald Trump. Xi was rolled out as the hero of globalization, juxtaposed against a democratically elected guy from Queens who would later call himself “Tariff Man”.

Klaus Schwab, Forum founder and Davos Man No. 1 interviewed Henry Kissinger at the time, the man who helped open China to the world. Kissinger said, “What President Xi has done is put forward a concept of international order in the economic field that will have to be the subject of conversation and the substance of the creation of an evolving system.”

Make no mistake about it, his was not a criticism. It was a carefully worded praise.

The only real problem Davos Man has with China’s Communist Party (CCP) is that it doesn’t allow for Pride Month. Everything else, they’re cool with: The CCP’s anti-chaos, centralized control system is a winner. The reason they have failed to successfully sell this to Americans and parts of Europe is because the CCP is the face of centralization.

Davos Man is pushing back, however. They are “wokefying” the CCP model for us – promoting all sorts of “justice” to get people on board.

Greta Thunberg is the climate herald of Davos. She is all over their website.

For those new to the Davos Universe, it all starts with the World Economic Forum, a networking event of corporate executives, presidents, and the philanthropy class that fund most of the ideas we live with today.

Regular attendees have long been referred to as Davos Man.

The influential ones are Eurocrats: one-part aristocrat; one-part bureaucrat.

Both are enamored by power and are enmeshed. These are the “cool kids” in the global high school cafeteria.

Over the last year, they have been behind every idea that has driven us nuts.

Lockdowns and vaccine passports? That’s supported by the Davos crowd. The World Economic Forum’s North American subsidiary is based in New York City and San Francisco. Both cities were first to impose vaccine requirements for business.

Davos promotes a startup called COVID Pass. They want to make biometric IDs, unhackable by blood. That’s right, blood. Xi Jinping called for biometric passes to allow for freedom of movement in the pandemic his country caused. That the Forum supports it says enough.

BlackRock CEO Larry Fink is a Davos Man. Fink recently got called out on CNBC’s Squawk Box for his hypocrisy on China regarding climate change. I understand Fink. He wants to be in China now that BlackRock doesn’t need to partner with a Chinese money manager. It’s a huge wealth management market. BlackRock can recommend Chinese wind and solar and electric car stocks for the locals. All will be forgiven.

Davos is full of contradictions.

Their manifesto advocates for a level, competitive playing field (while praising China). It advocates against human rights abuse in our supply chains.

That takes us to Davos Man’s favorite media company – Disney. Bob Iger, Disney CEO, is part of the Davos Universe and Disney is an example of those contradictions. It filmed live-action Mulan in Xinjiang, home to thousands of Muslims living in captivity. Of all the places in China to pick, how stupid can you be to pick Xinjiang?

Western Europe’s most popular luminaries are captured by Davos Man. Germany won’t let you do anything without COVID passes.

We say the CCP is our problem. Without the money flow from multinationals in the Davos Universe, the CCP is a paper tiger. Their latest hypersonic missile? We helped fund that. Vanguard and BlackRock were investors in Chinese military companies until President Biden banned them from doing so as of August 2.

Advocates for centralized control live the Davos mindset. We can get behind justice and sustainability. But not with these guys in control we can’t. They’re not a reliable voice of a free people. They are, instead, the new scourge of the earth.