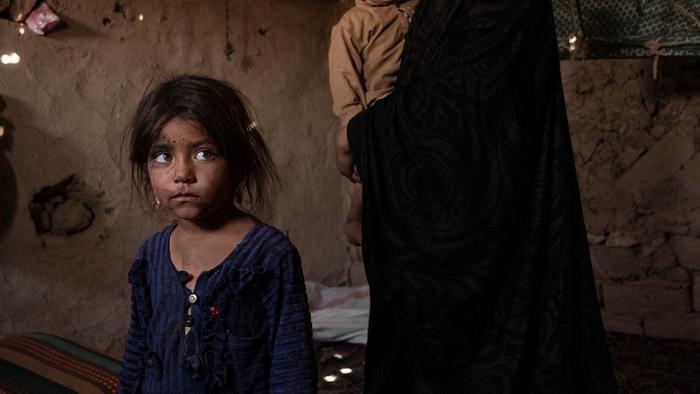 
A humanitarian crisis is quickly unfolding in Afghanistan as the country fell under Taliban rule about one month ago. The conditions are so disturbing that Afghan parents are selling their children to survive, according to WSJ.

Saleha, a 40-year-old mother of six in western Afghanistan, makes 70 cents per day cleaning homes and has incurred an insurmountable debt of around $550.

“If life continues to be this awful, I will kill my children and myself,” Saleha told WSJ. “I don’t even know what we will eat tonight.”

She told the Journal her husband doesn’t have any work, and the only way out of debt is to sell her 3-year-old daughter to her local lender.

“I will try to find money to save my daughter’s life,” her husband said.

Khalid Ahmad, the lender, told WSJ he would settle the debt for the young girl:

“I also don’t have money. They haven’t paid me back,” he said. “So there is no option but taking the daughter.”

Since the collapse of the Afghan government and the Taliban takeover of Kabul on Aug. 15, a humanitarian disaster has worsened in the country. The US has frozen billions of dollars in Afghan central-bank assets, and other countries have halted foreign aid.

“Afghanistan pretty much faces universal poverty by the middle of next year,” Kanni Wignaraja, United Nations’ development agency Asia-Pacific Director, said. “That’s where we’re heading – it’s 97-98% no matter how you work these projections.”

US and allied forces have been gone for a month, and people like Saleha and her family are being pushed to the brink of survival. The entire Afghan population of 40 million is set to fall below the poverty line as the country spirals into a socio-economic hellhole under Taliban rule.

With the country’s financial system and global trade paralyzed, increasing poverty could undermine the Taliban’s popularity. But the terror organization is not after popularity, according to one Taliban official in the west of the country. He said:

“We suffered for 20 years fighting jihad, we lost members of our families, we didn’t have proper food, and in the end, we were rewarded with this government. If people have to struggle for a few months, so what? Popularity is not important for the Taliban.”

Taliban officials told G20 leaders that they were open to international aid but wouldn’t compromise their control for assistance to feed tens of millions of starving Afghans.