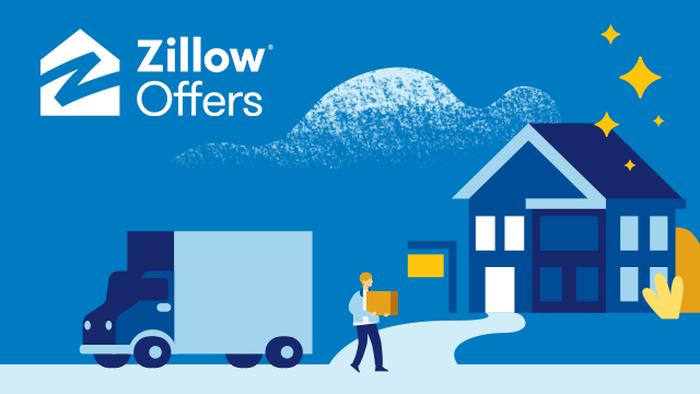 
In recent weeks we had heard several anecdotal reports that Zillow’s electronic house flipping service was underperforming, buying houses at overinflated prices and then flipping them for a loss (even when factoring in fees and commissions).

Zillow is charging handsome service fees and commissions that are not reflected in the listed sale price – they still make several percent even if they buy and sell at a nominal loss. That notwithstanding they are surely catching the knife on some of these properties.

Zillow seem to be selling some houses now lower then they bought them at loss? pic.twitter.com/x0khRRWH7J

Zillow bought my parents old house in 2019 and ended up taking a loss cause they did minor renovations after but ended up selling it for less then what zillow paid them. My parents skated away with that check so fast. 🤣 https://t.co/JePzW4s2LC

It appears there has been some truth to that, because according to Bloomberg,  Zillow, which acquired more than 3,800 homes in the second quarter, “will stop pursuing new home purchases as it works through a backlog of properties already in its pipeline.”

While Zillow is best known for publishing real estate listings online and calculating estimated home values – called Zestimates – that let users keep track of how their home is worth (with the traffic on the company’s apps and websites serving as the main source of profits in Zillow’s online marketing business), more recently it has been buying and selling thousands of U.S. homes. In 2018, the company launched Zillow Offers, joining a small group of tech-enabled home-flippers such as OpenDoor, known as iBuyers. In the new business, Zillow invites homeowners to request an offer on their house and uses algorithms to generate a price. If an owner accepts, Zillow buys the property, makes light repairs and puts it back on the market.

While the service was firing on all cylinders in the aftermath of the Covid crisis when home prices tumbled only to shoot back up to all time highs, rising at a record 20% Y/Y pace, in recent months it has found flipping to be far more challenging as the pace of flips has slowed drastically in a housing market where most of the first time buyers now find themselves priced out.

However, instead of admitting that we may be nearing (or have already passed) the peak of yet another housing bubble, Zillow has instead blamed “operational capacity” and being short staffed to meet the pace of transactions.

While the iBuying process is powered by algorithms – which as the anecdotes above suggest may way above fair value – as well aslarge pools of capital, it’s also reliant on humans. Before Zillow signs a contract to buy a house, it sends an inspector to make sure the property doesn’t need costly repairs. After it buys a property, contractors replace carpets and repaint interiors.

So joining the vast majority of US corporations which blame lack of workers on reduced output (it could, say, hike wages to quickly offset its staffing challenges), Zillow has blamed the lack of workers to perform the menial home-flipping tasks.

“Given unexpected high demand, Zillow Offers has hit its capacity for buying homes for the remainder of the year,” an employee who works in the company’s home-buying operation in two states wrote in an email to a business partner that was viewed by Bloomberg.

Staffing shortages have reportedly been exacerbated by Zillow’s willingness to let customers set a closing date months into the future, meaning it could agree to buy a house in August and begin renovating it in November.

“We are beyond operational capacity in our Zillow Offers business and are not taking on additional contracts to purchase homes at this time,” a spokesperson for Zillow said in an email. “We continue to process the purchase of homes from sellers who are already under contract, as quickly as possible.”

None of this of course would be an issue if Zillow merely hiked wages, a step that would immediately fill all the vacant positions and resolve its “stated challenges” overnight at a tiny hit to profit margins. The fact that it has not done so suggests that the cause has nothing to do with the stated reason for the flipping pause. Instead, the most likely reason why Zillow is pulling back from robo-flipping is that the housing market is starting to crack and this particular segment is no longer profitable.

In any case, according to Bloomberg, pausing new acquisitions will allow the company to work through its backlog, the narrative goes. Yet while both Zillow and Opendoor briefly stopped buying homes in the early days of the pandemic, the companies ultimately benefited from the housing boom that started when early economic lockdowns lifted, it still took Zillow several months to resume purchasing homes at its pre-pandemic pace.

Curiously, while Zillow is putting roboflipping on hold, Opendoor has no such “worker shortage” issues despite having a similar business model.

“Opendoor is open for business and continues to serve its customers with a simple, certain, fast and trusted home move,” a spokesman for the company said in an email.

It may be open, but one wonders for how long: Zillow has said it plans to refer potential customers to traditional real estate agents (and, by extension, its competitors). It would not be doing this if it was handing over not just market share but also potentially generous profit margins.

As such, the real question is whether Zillow’s move may the first sign that the US housing market has finally peaked and – with rates expected to keep rising for the foreseeable future along with inflation – it’s all downhill from here.