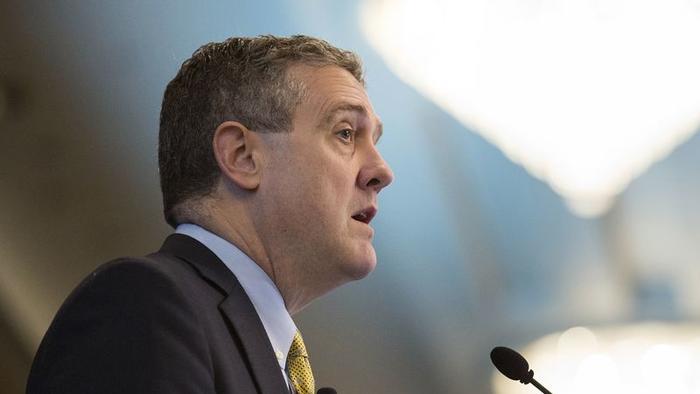 
Two days after the dam finally broke and Atlanta Fed president Bostic became the first to admit that inflation is not – contrary to what the bloviating career economists with employer-paid for debit cards say – transitory (not that “transitory” is now a dirty word as inflation isn’t going away), today another Fed president “suddenly” had an “epiphany” – and pointed out what has been blindingly obvious to most normal humans.

St. Louis President James Bullard said this year’s surge in inflation, which all central bankers had until recently said as temporary, may well persist amid a strong U.S. economy and tight labor market.

“While I do think there is some probability that this will naturally dissipate over the next six months, I wouldn’t say that’s such a strong case that we can count on it,” Bullard said Thursday during a virtual discussion hosted by the Euro 50 Group.

Schrodinger would be so proud.

Pointing to the latest core PCE print which came in at fresh 30 year highs, Bullard said that “this is concerning,” adding some gauges of inflation expectations have gone up sharply.

And to think it only took these “smartest theoretical central planners in the room” one year to figure this out.

And since collapsing the wave function of inflation could have catastrophic results if the price surge continues even as the Fed keeps injecting some ungodly sum of cash into the market, Bullard said he favored the Federal Open Market Committee beginning to scale back its market pandemic support next month by tapering asset purchases and completing the process by the end of the first quarter, faster than many of his colleagues prefer.

In yesterday’s FOMC minutes, we found that Fed officials largely unanimously agreed they should start reducing emergency pandemic support for the economy in mid-November or mid-December amid increasing concern over inflation. Bullard, however, wants a more rapid pace that is completed by the end of the first quarter to give policy makers the flexibility to raise rates sooner if needed to keep inflation in check. Of course, what he wants, is irrelevant as he does not vote on monetary policy this year.