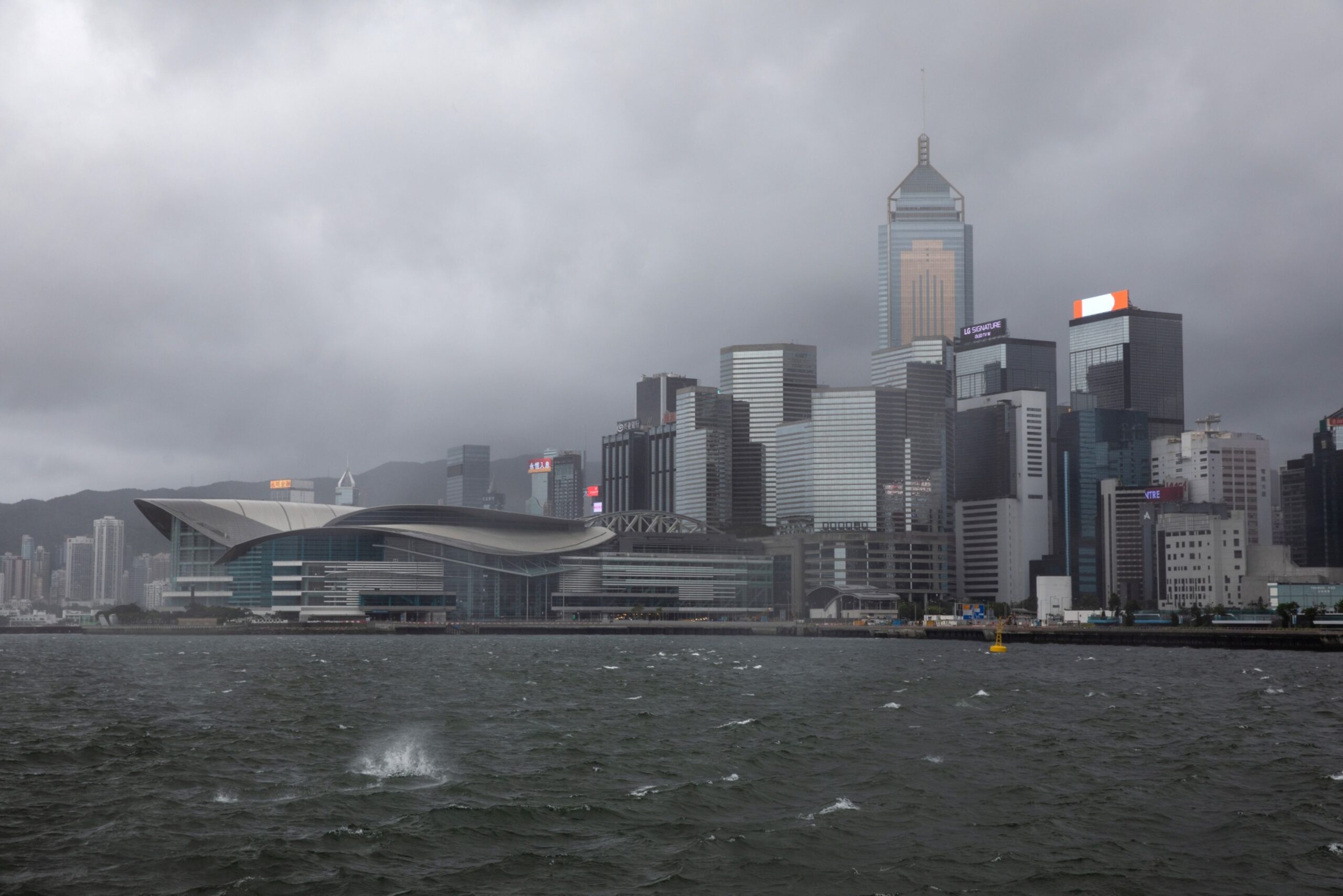 Hong Kong Exchanges and Clearing Ltd. canceled securities trading, including the Hong Kong-China stock connect and derivatives markets, for all of Wednesday after Kompasu halted after-hours trading the day before. The city raised the storm warning alert to No. 8, the third-highest on its scale, from No. 3 Tuesday afternoon.

Signal No. 8, which means winds could reach at least 63 kilometers (39 miles) per hour, will remain in force before 4 p.m. local time, according to the Hong Kong Observatory. Kompasu was about 440 km southwest of the city at 12 p.m. and is forecast to move west at about 25 km/h toward China’s Hainan Island, it said on its website. The typhoon is expected to make landfall in Hainan as early as this afternoon, according to China Meteorological Administration.

Seven people were injured during the typhoon period, including one person who died later, the government said in a statement on its website, adding that flooding was reported in some areas.

Schools were shut for the second day and government services, including Covid-19 vaccinations, were also suspended, while the Hong Kong Jockey Club dropped its horse racing in Happy Valley on Wednesday night.

Transportation service has also been affected in the city of about 7.4 million with trains running at limited frequencies and Cathay Pacific Airways Ltd. saying some flights scheduled to arrive in the city Wednesday have been delayed.

Neighboring Macau has canceled a town hall meeting meant for officials to gauge public opinion on a proposed tightening of casino rules in the world’s largest gaming hub because of the typhoon. It scratched two previous gatherings, citing a resurgence of local coronavirus clusters.

–With assistance from Chloe Lo.

Photograph: Clouds gather over the Hong Kong Convention and Exhibition Centre, left, and other buildings during a No. 8 Storm Signal raised for tropical storm Wipha in Hong Kong, on Wednesday, July 31, 2019. Photo credit: Kyle Lam/Bloomberg