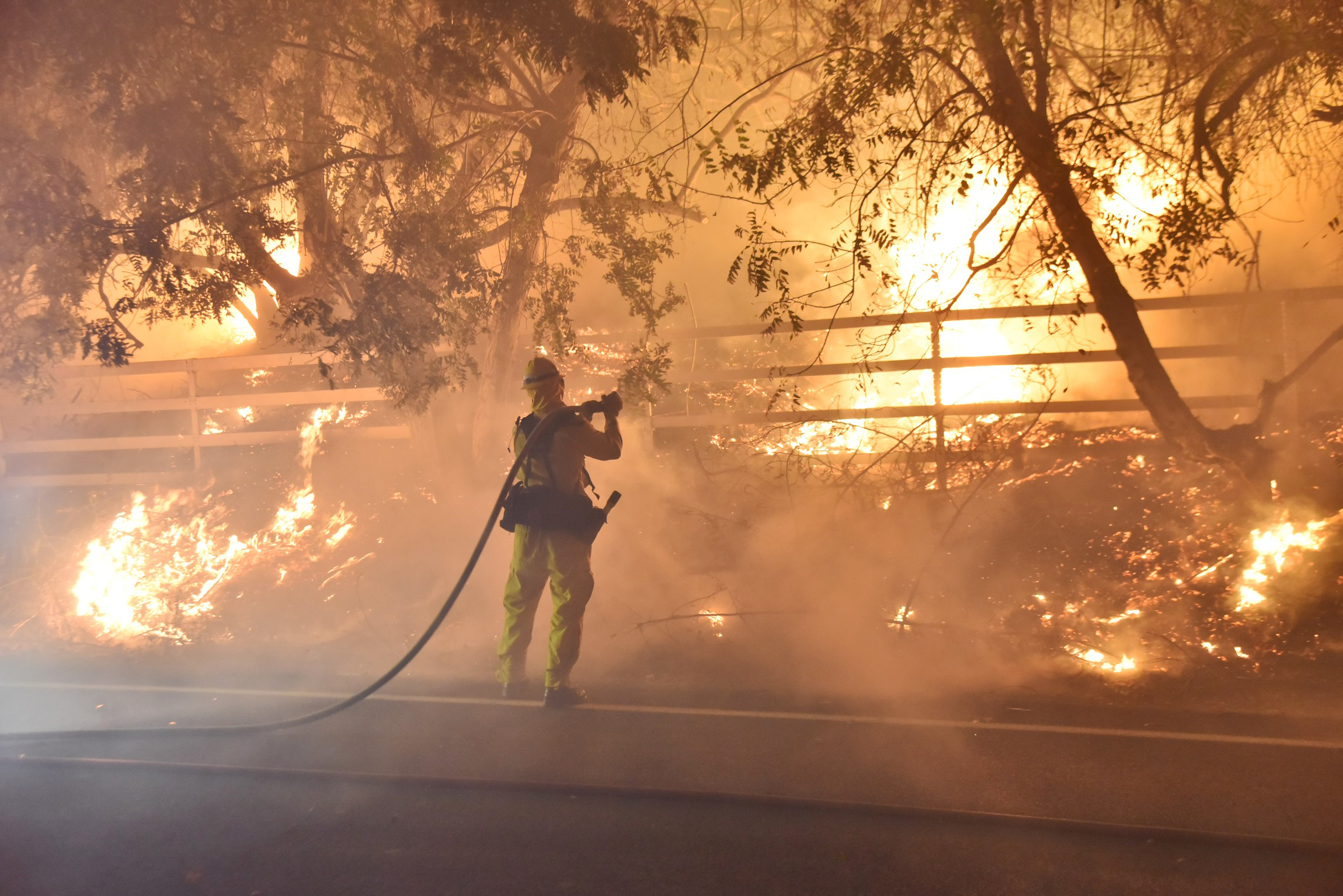 Blustery winds still surged through California on Tuesday after downing trees, fanning wildfires and shutting off power to about 21,000 customers in northern and central regions.

Red flag warnings of dangerous fire conditions continued in mountains, valleys, canyons and deserts because of dry, windy weather. Winds of 25 mph with gusts up to 70 mph into early Tuesday evening.

Pacific Gas & Electric shut off power to about 21,000 customers in 20 central and northern California counties to reduce the risk that power lines could be toppled, sparking wildfires.

PG&E equipment was blamed for a 2018 fire that wiped out most of the town of Paradise in Butte County. The company filed for bankruptcy and pleaded guilty to 84 counts of involuntary manslaughter. PG&E also faces numerous criminal charges for fires caused by its fraying equipment, including involuntary manslaughter charges filed last month in connection to a wildfire near the city of Redding last year that killed four people.

At least a half-dozen fires erupted around the state Monday. Most remained small, but a blaze west of Santa Barbara, up the coast from Los Angeles, quickly spread to thousands of acres. The fire burned in dense chaparral through an area of ranches, canyons and parks.

The flames prompted the mandatory evacuation of El Capitan State Park along with campsites, cattle and horse ranches near Refugio State Beach, and U.S. 101 – the only highway along the coast – was shut down as the blaze moved south towards the ocean, U.S. Forest Service spokesman Andrew Madsen said.

On the Central Coast, a tree fell onto power lines at Hearst San Simeon State Park, sparking a small fire in the brush, the California Department of Forestry and Fire Protection tweeted. And strong winds knocked down a tree, destroying three parked cars and damaging a home in the coastal town of El Granada, in San Mateo County, CalFire said. However, no injuries were reported.

Windy weather is a nightmare for firefighters in a state where heat waves and historic drought tied to climate change have left forests and brush tinder-dry. Fires that began in late summer are still burning after destroying hundreds of homes.

In the Sierra Nevada, the so-called KNP Complex fires may have burned hundreds of giant sequoias in groves in Sequoia National Park and was only 30% contained. On Monday, a firefighter with a hand crew working on the blaze was struck by a rolling rock. The firefighter was airlifted to a hospital and is in stable condition, fire officials said.

The National Weather Service said blowing dust was widespread from the Sacramento Valley, across the San Joaquin Valley and into the high desert Antelope Valley north of Los Angeles. Caltrans said sections of State Route 138 near the Antelope Valley city of Lancaster and State Route 14 were shut down because of the dust storm and several overturned trucks blocking the roadway.