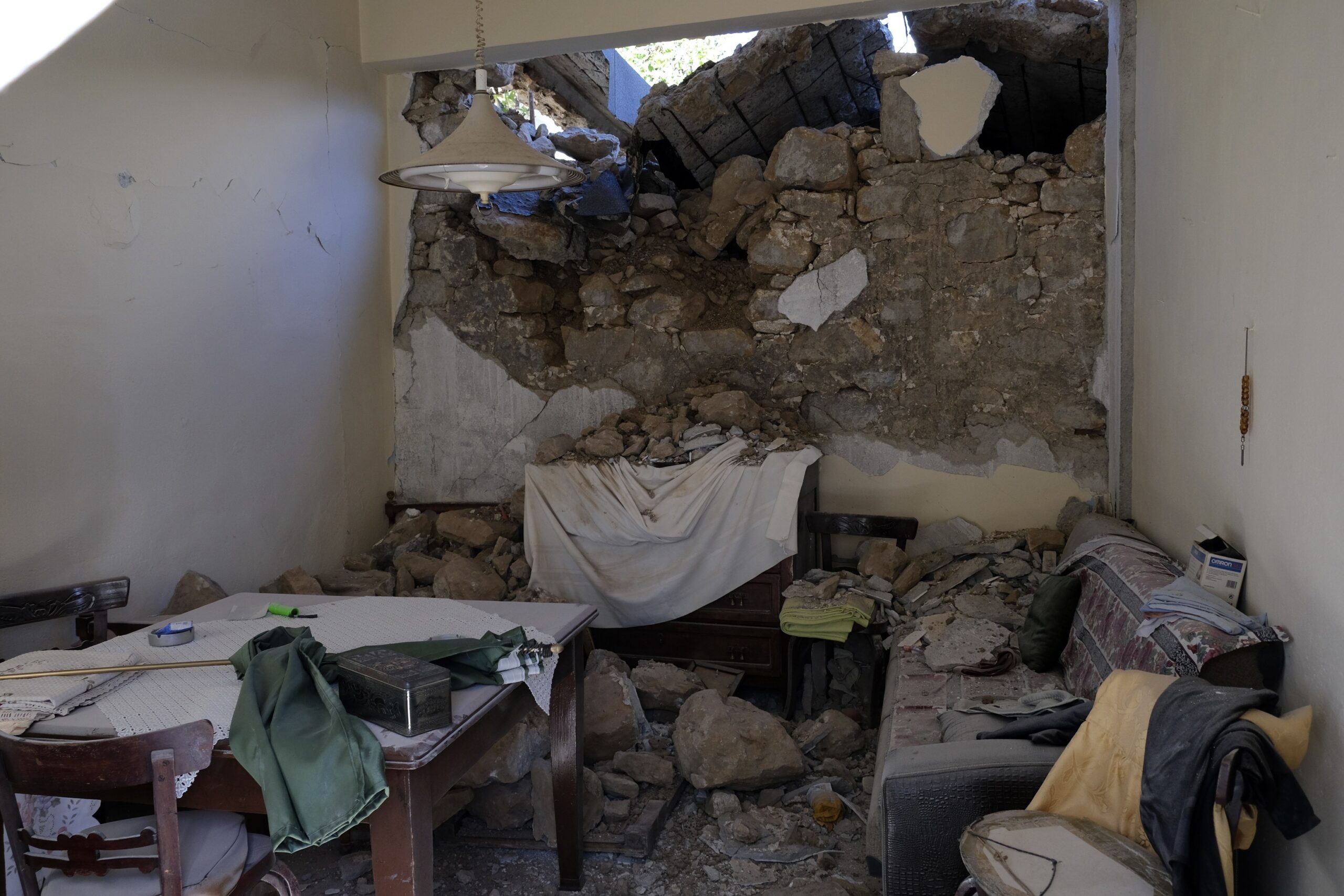 ATHENS, Greece (AP) – A strong earthquake jolted the Greek island of Crete on Tuesday, three weeks after another temblor killed a man and damaged hundreds of buildings.

The Geodynamic Institute in Athens said the undersea earthquake had a preliminary magnitude of 6.3 and occurred at 12:24 p.m. local time (9:24 a.m. GMT) off the island’s eastern coast.

Magnitude 4.1 and 4.6 quakes that are believed to be aftershocks took place minutes later, the institute said.

There were no immediate reports of serious damage or injuries. Authorities said police and fire crews were checking buildings in eastern Crete for damage and trying to reach several remote villages closer to the quake’s epicenter.

“The quake was felt all over the island, and it did cause concern because we are still feeling the aftershocks from the previous quake,” Crete’s deputy regional governor, Yiannis Leondarakis, told Greece’s state-run radio.

Hundreds of people from villages south of the island’s largest city, Heraklion, remain homeless following a 5.8-magnitude quake that struck on Sept. 27. A man was killed while carrying out restoration work at a church that was damaged in the area. Residents whose homes were damaged were moved to hotels and tents set up by the army.

Leondarakis said of Tuesday’s earthquake: “Fortunately, there does not appear to be any serious damage despite the fact that it was a strong event and occurred at a shallow depth.”

The quake also was felt on Greek islands to the east of Crete, including Karpathos, Kassos and Rhodes. Officials on Karpathos told The Associated Press they had received no reports of serious damage.

Photograph: A damaged house is seen after an earthquake in Sampas village on the southern island of Crete, Greece, on Monday, Sept. 27, 2021. Photo credit: AP Photo/Harry Nakos.