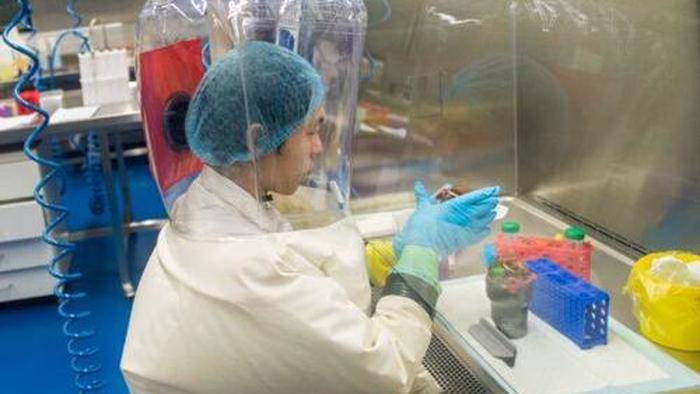 
During the early days of the pandemic, America’s mainstream media outlets blithely amplified claims by Dr. Anthony Fauci that SARS-CoV-2, the virus that causes COVID-19, had made its great leap to infecting humanity via “zoonotic” transmission, and that the Hunan wet market in downtown Wuhan – a market that just happened to be located a few miles away from a Level 4 Biosafety Lab dedicated to studying bat coronaviruses, just like the one that was now infecting the globe.

Yet, from the very beginning, even before scientists really had a chance to evaluate the origins of the virus, Dr. Fauci (and allies like Dr. Peter Daszak) insisted that zoonotic transmission was indisputably the source of the pandemic. This was long before the world learned the truth: that both Dr. Fauci and Dr. Daszak had been involved n funnelling American research dollars to dangerous and illegal “gain of function” research on coronaviruses at the WIV.

Still, in the name of defending “science” and combating “conspiracy theorists”, tthe media launched a scorched earth campaign denouncing everyone who questioned the official narrative as a racist conspiracy theorist. At one point, Zero Hedge was sucked into the controversy by being “permanently” banned from Twitter for months for purportedly suggesting that the virus may have been genetically engineered, then leaked, from the WIV.

Fast-forward a year, and the American press’s assessment of COVID’s origins has grown much more skeptical, ever since the Washington Post and a handful of other mainstream media outlets published leaked intelligence reports claiming that the evidence supporting the lab leak hypothesis A WHO report (composed by a team led by Daszak) acknowledged that the lab-leak theory was possible, just unlikely. The backlash to this report forced President Joe Biden to call on the intelligence community to “get to the bottom of this”. Now, the media must take for granted that the intelligence community places serious credibility in the lab leak theory.

Meanwhile, in the Senate, Sen. Rand Paul has done an admirable job interrogating Dr. Fauci, illustrating via public records how money from the NIH was funneled to the WIV despite an Obama Administration ban on so-called “gain-of-function” research (when viruses are manipulated to make them artificially stronger or more infectious in humans). Dr. Fauci has responded with an escalating series of denials and ad hominem attacks.

Ultimately, what Dr. Fauci says isn’t as important as what the media reports. And in a surprising twist, the New Yorker (owned by corporate media giant Conde Nast) – a magazine that once lambasted believers in the lab-leak theory as witless conspiracists – has just published possibly the most detailed accounting to date of the controversy, quoting skeptics who believed that “almost from day one…the virus appeared like a human virus.”

From the beginning of the pandemic, even before the WHO officially declared it a global pandemic, Kristian Andersen, an infectious disease expert at Scripps Research in San Diego, was perplexed by COVID’s rapid spread across the globe. Like the original SARs showed us, while coronaviruses could be deadly, they’re typically not so great at human-to-human transmissions.

Kristian Andersen, an infectious-disease expert at Scripps Research, in San Diego, began tracking the virus in January, 2020. He found the degree of contagion not just scary but unusual. Chinese scientists had already established that it belonged to a genus of coronaviruses commonly found in bats in southern China. It shared eighty per cent of its genome with the first SARS, and was more distantly related to MERS, another bat coronavirus. This new virus, however, was spreading far more quickly, reaching at least twenty-six countries by the end of the month. “It seemed to be locked and loaded for causing the pandemic,” Andersen told me. Most viruses circulating in the wild, though some can be deadly, are not very good at transmission. They are still animal viruses. “This, almost from Day One,” Andersen said, “appeared like a human virus.”

He quickly shared his thoughts with Dr. Fauci, claiming “Andersen wrote to Fauci and others that the SARS-CoV-2 genome seemed ‘inconsistent with expectations from evolutionary theory.'”

Andersen noted that “a really small part” of SARS-CoV-2’s genome had “unusual features.” Its spike—the crucial bit of surface protein that a coronavirus uses to invade a cell—appeared able to bind tightly to a human-cell receptor known as ACE2. This, Andersen told me, “means that it’s more effective at infecting human cells.” The other significant trait, a rare insertion in the genome of twelve nucleotides, called a furin cleavage site, might also increase the virus’s transmissibility, and lower the species barrier, allowing the virus to jump more easily to humans. “One has to look really closely at all the sequences to see that some of the features (potentially) look engineered,” he wrote. There was much more data to analyze, he continued, “so those opinions could still change.”

After attending another meeting With Dr. Fauci and other experts, Anderson told the NYer that attendees’ views on whether the virus had been engineered were divided. Some argued that the SARS-CoV-2 genome included several features that one wouldn’t expect to in a natural virus, which raised the prospect that it had been “engineered”. Others disagreed.

Following the meeting, a series of emails were exchanged between the attendees. The emails, which the New Yorker requested, were mostly redacted. But notably, just a few days later, Andersen insisted that the notion that COVID had been engineered was a “crackpot” idea, and that natural transmission was probably the most likely theory. In March, Andersen co-authored a paper declaring the virus of natural origin. That helped put a rest to the debate for months.

Yet, there were still too many unanswered questions and unlikely coincidences, and the “conspiracy theory” about the virus’s origins continued to thrive among a small contingent of professional scientists, who continued to wonder: if it truly was zoonotic, than why were scientists having so much trouble finding a verifiable missing link?

As the pandemic progressed, not everyone was convinced by the natural-origin explanation. A zoonotic spillover would likely require an intermediate animal between bats and humans, but no such species has yet been identified. Initially, the Huanan market, in Wuhan, which sold fish, produce, and meat, seemed like the source of SARS-CoV-2. Nearly a third of the hundred and seventy-four earliest known cases were linked to Huanan. And yet, patient zero likely was not. Chinese officials have said he was a middle-aged accountant, surnamed Chen, who developed symptoms on December 8th, and typically shopped at a supermarket across the river. In May of 2020, George Fu Gao, the director of the Chinese Center for Disease Control and Prevention, said, “At first, we assumed the seafood market might have the virus, but now the market is more like a victim. The novel coronavirus had existed long before.”

By the end of 2020, these skeptics had formulated a new theory: instead of the virus having been deliberately engineered and released, the pandemic very likely might be the result of a lab leak. The lab, led by Shi Zhengli, the head of the WIV’s center for emerging diseases, who has become better known by her nickname “Batwoman”. Her lab was known to have catalogued more than 19K coronaviruses, mostly culled from bats. Then, questions emerged about Shi’s research at a mine in Tongguan where a handful of miners were sickened and died with a mysterious coronavirus years ago. Some questioned whether the researchers were keeping certain strains isolated at the lab secret as they carried out dangerous “gain of function” research. Worries about this technique triggered a mini-panic in 2014, prompting the Obama Administration to ban it in the US. Yet, that didn’t stop Dr. Fauci from funneling money to the WIV to help finance the dangerous experiments they may or may not have been conducting. Soon, a publicly available scientific database from the WIV disappeared.

DRASTIC also exposed another mystery related to the W.I.V. In September, 2019, according to Web pages that DRASTIC archived, a W.I.V. database that was once publicly available was made inaccessible. It contained records pertaining to roughly twenty-two thousand samples, including, presumably, the sequences from Tongguan. When asked about it by the BBC, Shi said that the W.I.V. had “nothing to hide.”

Still, there’s one reality that can’t be denied: “At this point, the closest relatives of SARS-CoV-2 are known to have existed in two locations: bat caves in Yunnan, and at the Wuhan Institute of Virology.”

Back in 2015, Shi was criticized for running ‘risky’ experiments involving making bat coronaviruses infectious to humans.

Geography aside, the nature of the experiments undertaken by the W.I.V. and its partners has raised concerns. In 2015, Shi was a co-author on a groundbreaking study, in Nature, with Ralph Baric, a coronavirus expert at the University of North Carolina. Through the use of pioneering genetic technology, Baric examined which viral structures could give a coronavirus the ability to infect humans. The work involved synthesizing what is known as a chimeric virus, named for the mythical beast with its parts taken from various animals; in this case, a modified clone of SARS was combined with a spike protein taken from one of the bat coronaviruses that Shi had discovered in Yunnan.

Others who spoke to the New Yorker said that, in the years after these experiments began, some in the international scientific community warned that the WIV wasn’t using proper protection protocols. Earlier this year, US intelligence learned that several WIV workers were infected with a severe COVID-like illness in the weeks before the pandemic began.

Make no mistake, the fact that the New Yorker – the magazine that employed Ronan Farrow to help take down Harvey Weinstein – has managed to publish such a details story exploring all the holes in the “animal-to-human transimission” theory, expect other mainstream outlets to follow suite.