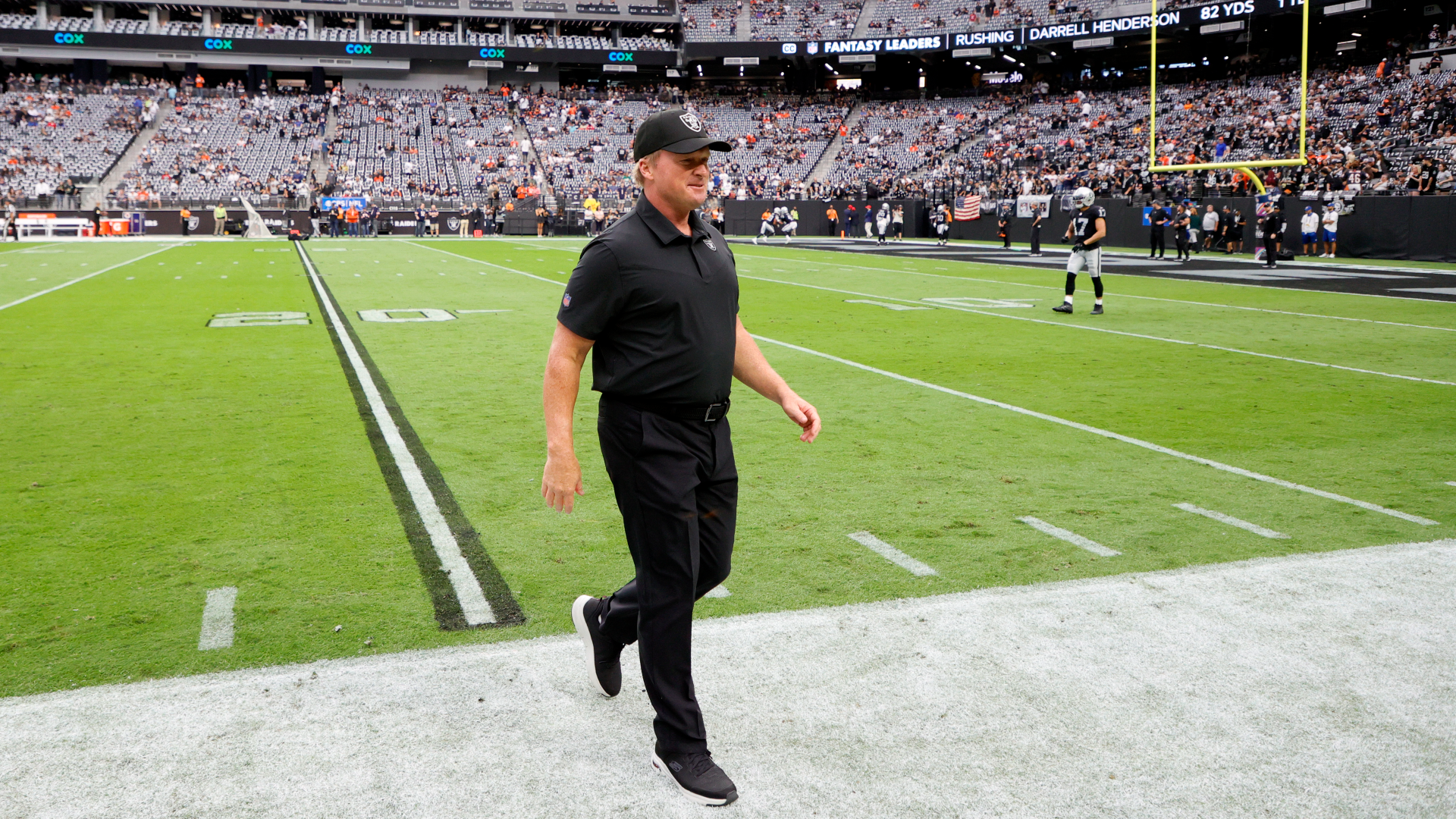 The fallout of Jon Gruden’s racist, homophobic and misogynistic emails continued Tuesday afternoon when his former team, the Buccaneers, removed him from their Ring of Honor.

The team announced his removal via news release:

In a statement, the Buccaneers said, in part: “While we acknowledge Jon Gruden’s contributions on the field, his actions go against our core values as an organization.”

Gruden led the Buccaneers from 2002 through 2008 after leaving the Raiders in a rare coach trade: Oakland received two first-round picks, two second-round picks and $8 million in cash from Tampa Bay in exchange for Gruden, who signed a five-year, $17.5 million contract with the Buccaneers. In his first year with the franchise, Gruden led Tampa Bay to its first championship, beating his former team in Super Bowl 37 after coaching them the previous four years.

Gruden mentioned Bryan Glazer, whose family owns the Buccaneers, in the emails discovered by the NFL. According to The New York Times, Gruden requested that former Washington Football Team president Bruce Allen tell Glazer to perform oral sex on Gruden. Allen reportedly told him that Glazer would “take you up on that offer.”

The Buccaneers weren’t the only ones to denounce Gruden’s actions. One of his former players in Tampa Bay, wide receiver Keyshawn Johnson, put his former coach on blast on Tuesday during his ESPN morning show:

“My concentration ain’t only you talk bad about a Black man, you also talking bad about people that own teams, run the league, the commissioner of the league — because he’s a bad person,” Johnson said. “I tried to tell people this when I played for this man, but I was in the wrong.

Gruden resigned as coach of the Raiders on Monday night after more emails surfaced in which he used openly homophobic and misogynistic language to refer to myriad issues surrounding the NFL and the actions taken by commissioner Roger Goodell. Gruden originally signed a 10-year, $100 million deal in 2018 to come out of retirement and coach the Raiders for the second time after leading the team from 1998 through 2001.

Monday’s revelation of more emails came after a Friday report from the Wall Street Journal determined Gruden, not a coach in the league at the time, used a racist trope to describe NFLPA Executive Director DeMaurice Smith in an email to Allen. Prior to his arrival in Las Vegas, Gruden had spent nearly a decade out of football, most notably as an analyst on ESPN’s “Monday Night Football” broadcasts.

With a record of 57-55, Gruden has the most victories of any coach in franchise history. He ultimately led the Buccaneers to three playoff berths in seven seasons at the helm, including their first Super Bowl title. Gruden was originally inducted into the Buccaneers Ring of Honor in 2017.

Who were the biggest snubs on the NBA 75 team?