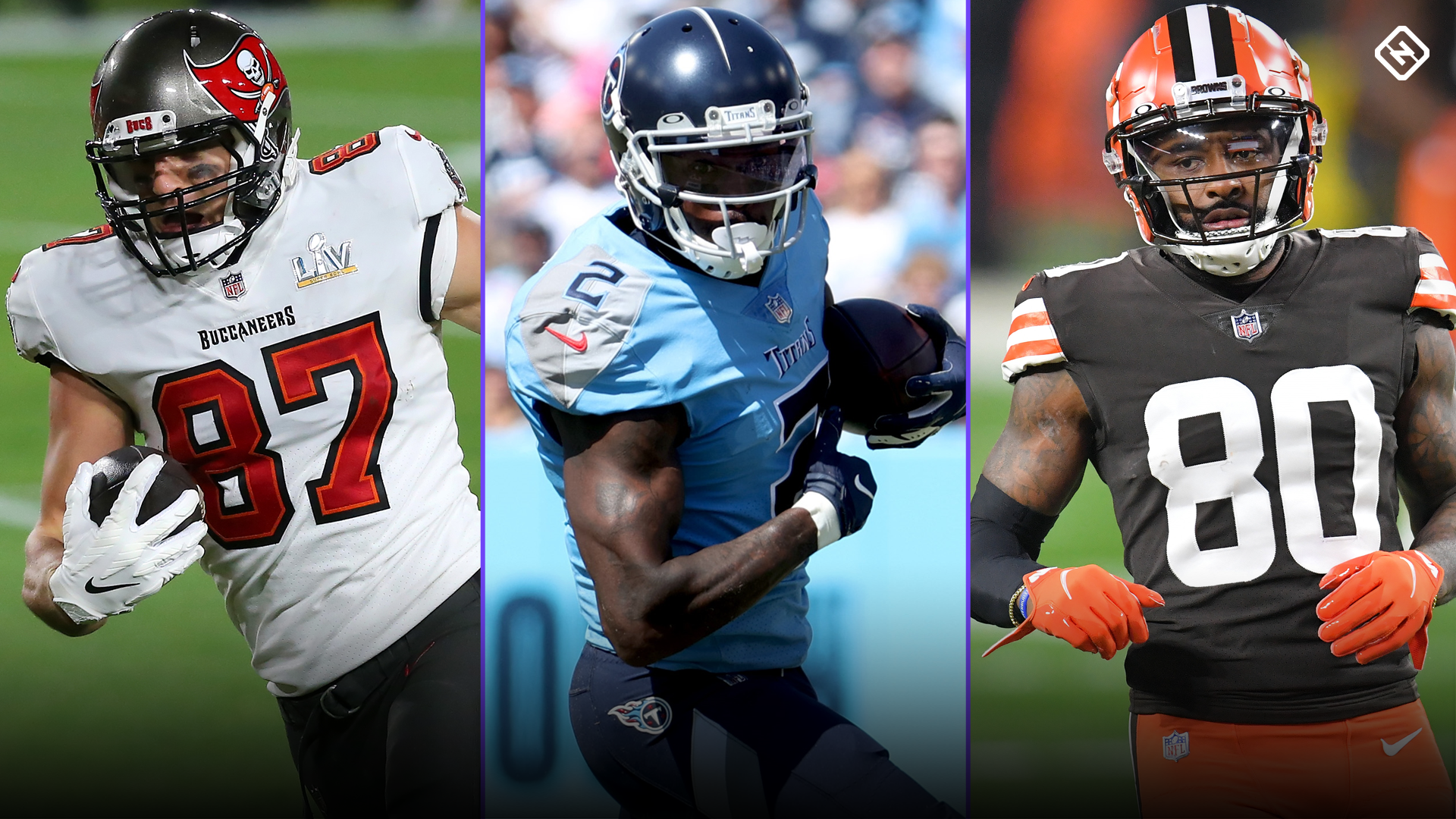 Rob Gronkowski, Julio Jones, Jarvis Landry, Sterling Shepard, and DeVante Parker were scratched last week, and their absences left vacated targets on the board for other pass-catchers on their teams. Their statuses heading into this week will once again affect Week 6 fantasy rankings and start ’em, sit ’em decisions. We’ll dive into the latest news in our fantasy injury updates.

Gronk’s rib injury appeared to be significant, but the fact Tampa Bay didn’t place him on the three-week IR signaled the chance he played this week. Bruce Arians said he is “very close” to returning in Week 6, as the Bucs take on the Eagles on Thursday Night Football. That makes us think he’ll likely be a game-time decision, so have a streamer ready if he can’t go on the short week. We listed some top streamer candidates in our Week 6 waiver wire pickups.

If Gronk plays, he’s a must-start based on what we’ve seen thus far this season. Cameron Brate is the starting TE if he’s out, but Brate has been largely ineffective in the two games Gronk has missed.

Jones (hamstring) was ruled out for Week 5 and will likely be questionable for Monday Night Football against Buffalo. As always, his practice report can be misleading, but Mike Vrabel hasn’t said whether or not Jones will practice when the team takes the field Wednesday. Stayed tuned for further updates.

Although Buffalo is a tough matchup, you have to think they’ll force Tennessee to pass with a loaded box. If he does play, we view him as a low-end WR2 and rank him as the WR22 in PPR and WR21 in standard. If you’re planning to start him, the Monday night game certainly presents a risk. With all players not in this game locked, be ready to scoop up Gabriel Davis or one of the Titans’ depth receivers — Josh Reynolds, Nick Westbrook-Ikhine (if active), Marcus Johnson, or Chester Rogers. Not of these guys are ideal, but it’s better than a guaranteed zero in the WR2/flex spot.

Landry (knee) has the chance to come off IR this week, but it’s unclear whether that will be the case. Obviously, we’ll just have to monitor this situation, but even if he does play, he should probably see the bench in shallow leagues.

Cleveland’s offense has been run through the running back and tight ends spots, and it’s tough to trust any Browns’ WR. That said, Landry does draw some starter consideration at the flex spot in deep PPR leagues. In a game with Arizona, this could be another shootout.

Shepard (hamstring) missed his second straight game in Week 5 and will likely be questionable heading into a matchup with the Rams. With Kenny Golladay (knee) expected to be out, Shepard’s return would be huge for the Giants. Kadarius Toney’s emergence should only help Shepard and open the field for him. The problem is, we’re unsure if Daniel Jones (concussion) will be able to suit up.

That said, there are a lot of factors here, so we rank him as the WR34 in PPR leagues and WR33 in standard.

Parker was quietly dealing with a hamstring issue heading into Week 5, and he was ruled out just before the game against Tampa Bay. Sadly, he missed a juicy matchup with the Bucs’ struggling secondary, but he’ll have another chance at a nice fantasy day against an equally as bad Jaguars’ passing defense if he plays.

Again, we’ll have to monitor his status, but we rank him as the WR32 in standard leagues and WR32 in PPR, though he has the chance to deliver WR1 numbers in this matchup. We like his chances with Jacoby Brissett or Tua Tagovailoa (ribs).