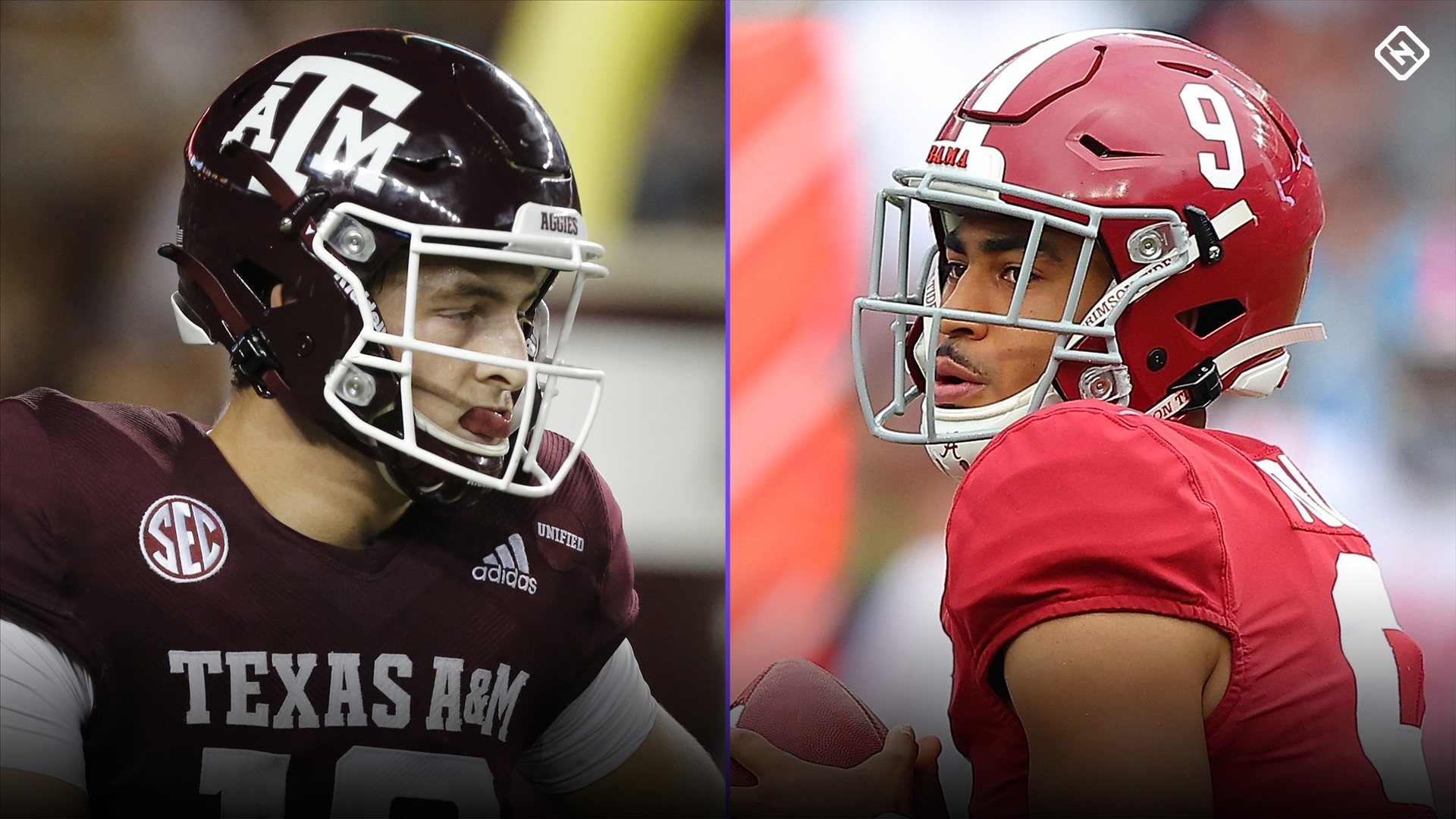 Texas A&M coach Jimbo Fisher is the latest Nick Saban disciple to line up and attempt to beat his former coach.

Whether Fisher can pull off what eight other assistants couldn’t — in 24 tries — remains to be seen, but Saban’s top-ranked Crimson Tide have a 100-game win streak against unranked opponents at their back. The Aggies fell out of the top 25 on Saturday after a 26-22 loss to Mississippi State in College Station, their second defeat in as many weeks after losing to Arkansas in Arlington.

BENDER: College Football Playoff Picture for Week 6: Alabama, Georgia and everyone else

Fisher’s offense has largely been stymied with the loss of starting quarterback Haynes King, who has been injured since a Week 2 win over Colorado; under backup Zach Calzada, the unit has only combined to score only 32 points against Power 5 competition following the 10-0 win over the Buffaloes. A bright spot on the offense has been running back Isaiah Spiller: He has rushed for 446 yards on 68 carries (6.5 yards per carry) and two touchdowns through five games. He also has 13 receptions for 108 yards and another score.

Saban’s team managed to overcome its second big test of the season against then-undefeated Ole Miss, limiting Heisman Trophy front runner Matt Corral to only 213 yards passing and one passing score in a 42-21 victory. Crimson Tide quarterback Bryce Young, meanwhile, continued his efficient season with a 21-of-27 passing performance for 241 yards, two touchdowns and an interception. He currently has 1,365 passing yards, a 73.2 completion percentage and 17 touchdowns to two interceptions.

That said, the Tide also suffered significant injuries in the win over the Rebels, losing backup running back Jase McClellan for several weeks; linebacker Drew Sanders — who stepped in to replace starter Chris Allen — will be considered game-to-game as well with an undisclosed hand injury. Will the Aggies be able to use those injuries to their advantage?

Sporting News has you covered on how to watch No. 1 Alabama take on Texas A&M in College Station, Texas:

What channel is Alabama vs. Texas A&M on today?

This SEC matchup will air nationally in CBS’ primetime slot. Gary Danielson and Brad Nessler will call the game in the booth. They will be joined by sideline reporter Jamie Erdahl and rules analyst Gene Steratore.

Alabama vs. Texas A&M will kick off at 8 p.m. ET — CBS’ only primetime slot of the 2021 season — from Kyle Field in College Station, Texas.