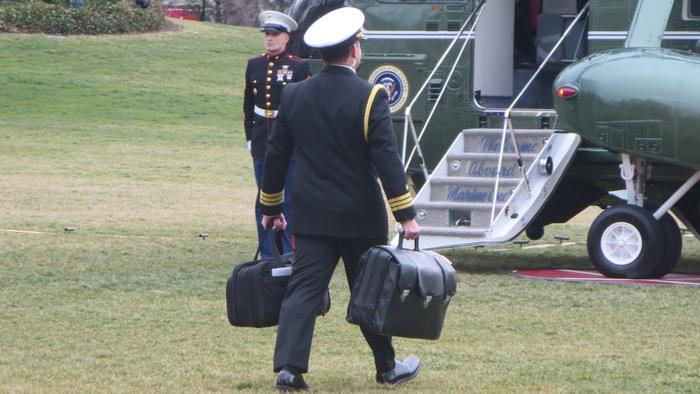 For the handful of nations armed with nuclear weapons, the circumstances under which they’d be used are always an important consideration. This is particularly true of the United States, which has one of the world’s largest arsenals, and is the only nation that has used nuclear arms offensively during a war.

Often debated, but as yet never confirmed, is the possibility of “no first use,” a promise to the world that the US won’t attack anybody with nuclear arms. At present, China is the only nuclear power with a no first use policy, while India has a somewhat more limited promise not to nuke non-nuclear states. The US has so far refused calls to take such a position.

President Biden is in the process of debating a new nuclear posture like finally making a “no first use” pledge. The Obama Administration was reportedly close to such a move, but ultimately changed its mind.

The upshot would be that nuclear first strikes are morally unconscionable, and that the “no first use” policy is really a bare minimum of decency, even if it is a level of decency above and beyond not having actively started a nuclear holocaust yet.

The debate is likely to be a high-profile one, as despite the straightforward ethical decision there are some outspoken proponents who favor the US remaining ambiguous on who it will nuke, and when. Biden is believed to be at least considering “no first use,” and Sen. Jim Risch (R-ID) is positioning himself as the primary opponent, claiming US allies are “very, very upset” with the prospect of changing posture.

Sen. Risch, the ranking member of the Foreign Relations Committee, suggested that such a pledge would give comfort to the enemy, adding that “there are scenarios where you can imagine a first strike.”

Advocates say a proper policy change would reduce the chances of getting into a civilization-ending nuclear war with China or Russia by reducing the risk that either of them comes to the mistaken belief that the US is about to nuke them. Throughout the Cold War, such confusion happened, and nearly resulted in devastating exchanges.