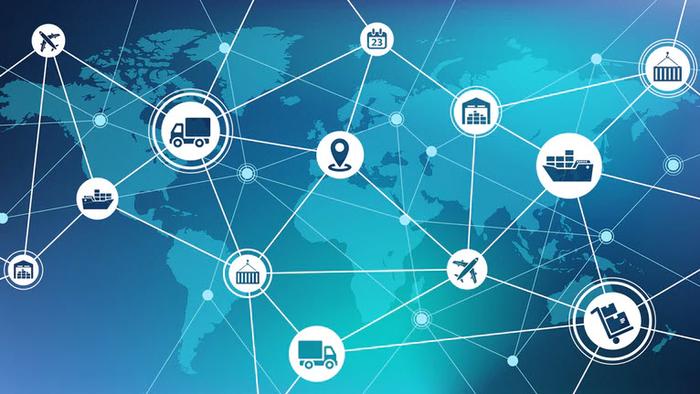 The Story is the Story

Today is a US payrolls Friday. I have covered 277 of these releases. A handful were of any lasting interest, signalling something the market didn’t already know beforehand, and a few dozen more were higher/lower enough to get a few days of trading from. The expectation is 500K, which I remind everyone is way, waaay lower than the implied “1 million a month” that was promised at the start of the year. And that is all I feel I need to add, given there will be 279 to follow, and so on (and on). Meanwhile, ongoing stories vastly outweigh the significance of any data.

The US debt-ceiling can is being kicked to 3 December. Hurrah for cans and hurrah for kicking! None of the larger problems on fiscal stimulus are being addressed, however. Indeed, the latest news is that Senator Manchin is insisting $1.5trn is as high as he will go. However, there are also suggestions that this may not mean choosing between three key programs Progressives want, but would instead see the 10-year timeframe compacted. In other words, a smaller headline bill with all the inflationary demand-boosting effects up front for a few years (presumably into the next election cycle…). And against a backdrop of global and US supply chains that simply will not be able to cope. That’s a story we will keeping seeing all over.

Global food prices in September already leaped again according to the FAO. That might not be seen in certain locations which no longer allow the FAO website to be accessed. However, the global story is still there even if the data aren’t. Energy prices are up too as the White House did not release strategic oil reserves, as some had thought it would: WTI oil sits at 78.84 at time of writing; natural gas in Europe is at an awful rather than unbelievably awful level. As Bloomberg reports, “China’s Energy Crisis Envelops an Already Slowing Global Economy”, with barely a global industry not feeling the impact as goods supply dries up and prices soar.

In China, problems at Evergrande are also cascading through the property sector, making up 30% of GDP. There are now defaults at other firms, and property bonds/HY credit is wobbling badly – and the CNY market, not just the USD. Local governments also just lost 40-50% of their revenue as property sales froze, which will have its own knock-on effects. Yes, this still isn’t a “Lehman moment” for banks: but it shows what happens when you pull the plug from a debt-laden sector built almost solely for speculation. Yet ideologically, there appears no turning back. Those who ‘bought the EG dip’ must be sweating bricks and mortar. China returns from holiday today, and we will see how local markets react. But one day is not a trend: turning off credit to a highly leveraged sector with sales drying up is.

As large a story is the Wall Street Journal exclusive that US forces have been in place in Taiwan for at least a year, training troops. Given sky-high geopolitical tensions –and ahead of Taiwan’s national day this weekend– this may not be a surprise, but it is a shock. Indeed, just as stories are more important than data now, this story is the story. Such military knowledge was tightly guarded: so how did the Wall Street Journal stumble onto it? It looks more likely to have been a deliberate leak. In which case, logic suggests: 1) a battle in the White House between the hawks and doves; or 2) both camps think China is really considering action against Taiwan, and this is a signalling device to try to prevent that happening. Either is worrying. So was the Global Times editor’s Twitter response: “Why just two dozen members? Why secretly? The US should send 240 servicemen publicly, in US military uniform, and make public where they are stationed. See whether the PLA will launch a targeted air strike to eliminate those US invaders!”

Meanwhile, the CIA is opening a China centre to focus on its ‘key rival’, and a US submarine just collided with something in the South China Sea and has had to return to base in Guam: note the US only has three submarines in that class, globally. The former action is the entrenchment of a “Chilly Conflict” (because we can’t say ‘Cold War’); the latter, we hope, was an accident, not something ‘Hot’. Moreover, Reuters has another exclusive, that a NASDAQ-listed US electronics firm allegedly used Xinjiang labourers transported to its plant in Quinzhou in south China. That could re-open the US human-rights issue again, and suggests production anywhere in China could be subject to US action if it involves “a transfer program described by some rights groups as forced labour.” Is this story just coincidence?

Europe may think this ‘geopolitical stuff’ is very far away even after the chilling impact of France’s AUKUS snub, and the Russian gas debacle, and the drop off in supply from the China that it has no intention of decoupling from. However, it has its own problems closer to home. The EU will brief the UK on “very far-reaching” proposals for dealing with Northern Ireland within the next fortnight,  but the threat of the UK triggering article 16, and then goodness knows what else, still lingers. Moreover, Poland’s constitutional court has ruled Polish law overrides EU laws. A professor of International and European law at Erasmus university is quoted as saying “This is a legal revolution.” Some are even muttering about “Polexit” even if, like many Polish names, it is hard to pronounce. This action will see Brussels talk about cutting off cash to Warsaw, along with implied threats to trade, as with the UK. So, the EU can do realpolitik…in an ‘office bully’ way. It just doesn’t know how to deal with the world outside the office, where the bullies are armed.

Against all this backdrop, the RBA released their Statement on Monetary Policy today. It has the usual value-for-money analysis, including: “In Australia, and some other countries, there have been large increases in housing prices and an acceleration in borrowing,” —no, really?!!– adding, “Vulnerabilities can increase if housing market strength turns to exuberance.” You mean we aren’t exuberant already? What is – 40% y/y house-price inflation? Shoe-shine boys telling you the next hot suburb to buy in? (We are there already if so.) Yes, Completely Redundant APRA are again playing around with macroprudential regulations. However, recall the last time they acted on this front, the entire property market wobbled, and they immediately U-turned. There is no China-style “common prosperity” policy at play (or “bogan prosperity”?). Moreover, this surely applies to the rates market, which now seems to think there are string of RBA rate-hikes coming long before the 2024 date the Bank has publicly set. Really? With supply-shocks soaring and geopolitical tensions matching? If so, the hikes will probably last as long as APRA’s LARPing at being China usually does.

But anyway, back to waiting all day for #278 in the payrolls series. Happy Friday.