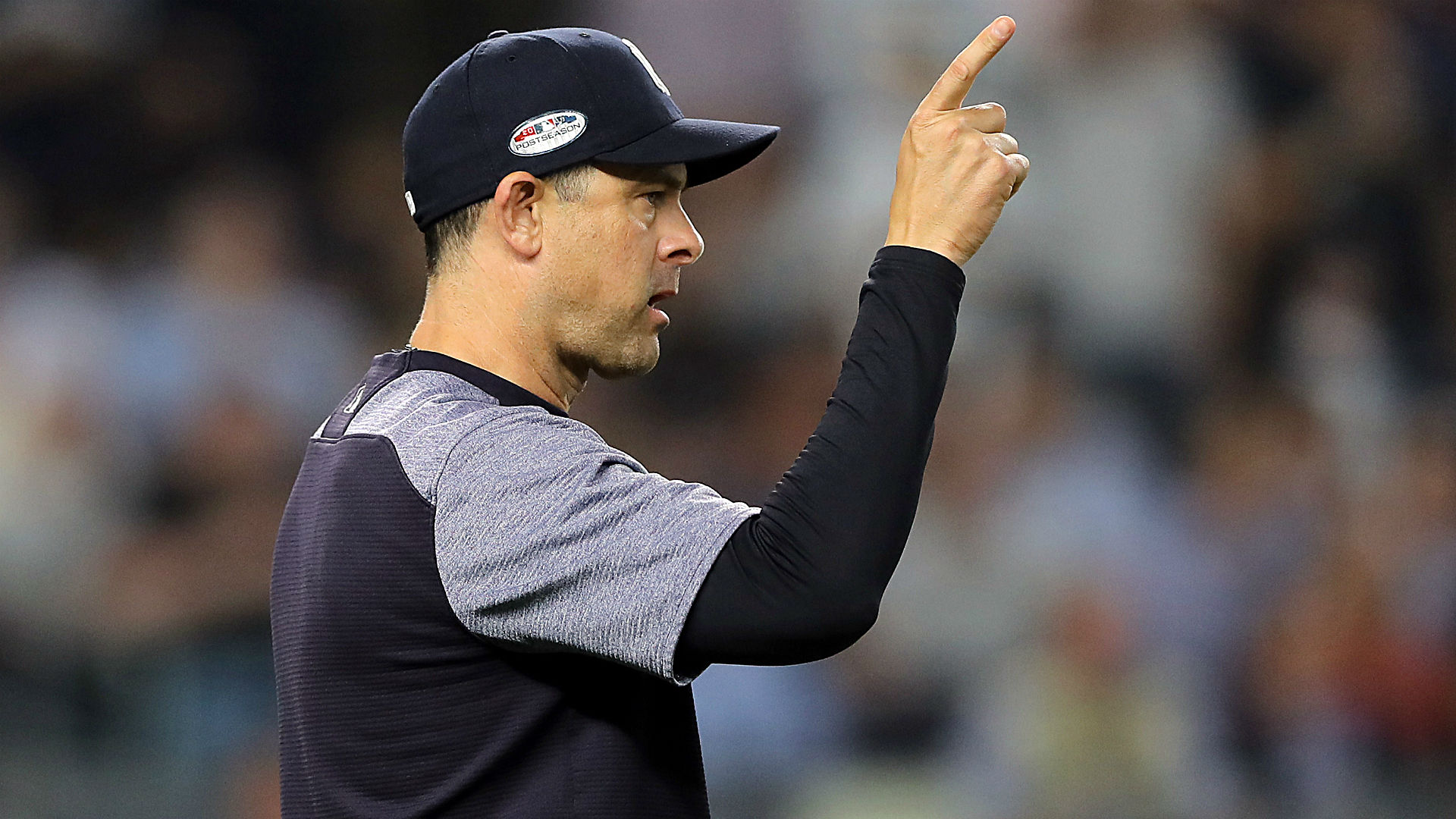 Could Aaron Boone be doomed?

The mighty New York Yankees once again got bombed out in the MLB playoffs, losing to the Red Sox in the AL wild-card game, 6-2. Of course, the questions about the Yankee skipper are louder than any others regarding the Bombers as the dust settles on their season.

With Aaron Boone’s contract up following the year, the Yankees could look to make a change if they feel he isn’t the man to continue leading New York into October. So far, the results under Boone have been a bit mixed: Under his watch, New York has made the playoffs in all four seasons, but to diminishing returns in the fall as the team continues to chase ring No. 28.

If Boone’s post-game answers are any insight to his situation, then maybe he won’t be the guy to help them get there.

Will the Yankees fire Aaron Boone?

Though Boone has helped guide New York to a .601 winning percentage, the manager’s post-game press conference on Tuesday night made it sound like there’s no more than a 50/50 shot he’s back on the bench for the Yankees in 2022.

Aaron Boone says he “hasn’t had conversations with anyone” regarding his expiring contract as Yankees manager pic.twitter.com/VcM0wstFqK

Boone added that he has “no idea” when his situation, one way or another, will be addressed.

Boone is, conveniently (for the Yankees) without a contract for the 2022 season, and has appeared in the playoffs with the Yankees every year since the year he was hired, including back-to-back 100-win seasons in 2018 and 2019. He is 11-11 in the playoffs over four seasons without having advanced to the World Series.

Boone’s in-game management skills, specifically surrounding the bullpen, remain questionable and have drawn the ire of Yankee fandom, if that counts for anything. If things sound as bleak as they do, Boone could be made the scapegoat for roster construction issues that has doomed New York in recent years.